Why Now? Why Are Liberals Reviewing the ’90s?

RUSH: The saga continues. A household name in all four corners of the world: Your host, Rush Limbaugh, surfing most days below the media radar. But that all changed over the weekend, and it goes in cycles. But all of a sudden over the weekend… You know, yesterday we had these nine audio sound bites featuring your host, and the upshot of all of them… There were two different shows. One was an NPR podcast and the other was Steve Kornacki at NBC with a new book trying to explain the modern partisan divide, and I, your host, am now, in 2018, being blamed for all of it.

This show started in 1988 busting up the news media monopoly. Then getting Newt Gingrich and the Republican Congress elected for the first time in 40 years in 1994. And then providing great opposition to Bill Clinton during the late nineties. And basically causing there to be gridlock and division and a partisan divide, and none of it would have happened were it not for me and this program starting! I was asking yesterday, “Why now?” 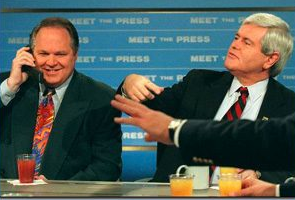 I mean, this has been known for a long time. We’ve known that this is what they think for a long time. But it’s generational. All of this stuff that they’re complaining about happened 25 or 30 years ago. That’s a generation ago. So why now are they bringing it up? I was asking it all day yesterday. I can’t tell you the number of emails I got from people who warned me to be careful. “You realize what this means? You’re back on the radar!

“For some reason, they have repainted the bull’s-eye on you.” I had people say, “It’s ’cause you did that Trump rally, ’cause you introduced Trump. Now they’ve gotta realign and take you back out again, and you’re doing more TV appearances. So you’ve been under the radar; they haven’t cared about you for a while. But now all of a sudden…” I read all this stuff with amusement, ’cause the way people think fascinates me.

I’m fascinated by mimicry or mental laziness, but the way people think fascinates me, and a lot of people get very protective. “They’re setting you up here for some reason. They want people to hate you all over again. You’ve gotta be careful about this. They’re trying…” One emailer said, “It’s just like you said about Clarence Thomas, Rush.

“HBO does a movie on Clarence Thomas-Anita Hill 20 years after it happened so that young people who were not born or were too young to know what was going on then, still end up hating Clarence Thomas and still advancing this whole idea that men mistreat women and so forth, and they’re doing the same thing to you. They’re trying to alert a whole bunch of people that weren’t alive when you started what you did and what you’re responsible for.

“They’re trying to make sure that this new group of young people doesn’t like you.” I thought, “Well, now, that makes some sense.” But then I said, “That can’t be the only reason why this stuff is being revised.” I have two sound bites. I think I found the answer in an audio sound bite from CNN last night. To set it up, let me review what I said yesterday after playing all those sound bites about all the things I started in the nineties that people today are being told I am to blame for. Here’s the review… 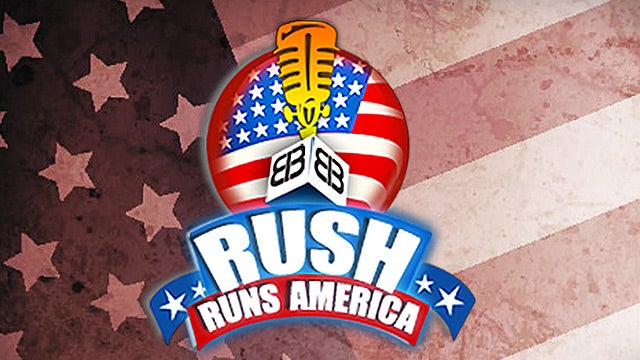 Democrats would still own everything. They’d still have their media monopoly. There wouldn’t be any alternative this or that. That’s what they think. It’s amazing! I mean, a lot of the ingredients of every sound bite here have certain elements that are totally right that I’ve never heard them express before, and I’m still asking myself, “Why now?” I mean, no conspiracy, no mystery. I’m just wondering, “Why now?” Just a serious question.

RUSH: Yet a fundamental element of this review in those sound bites… The nine yesterday could have been 19. There were 10 more that Cookie didn’t give me because she knew we wouldn’t get to all of them. But there was an element of truth in them that has been absent before — an element of grudging respect along with the blame — and that’s what got me curious. Anyway, I think we’ve got the answer. In addition to…

I do think there’s a lot of truth in the idea that they’re trying to inform a new, young generation of people who I am and why I’m a bad guy, like they tried to do with Clarence Thomas and the movie, and they do that with any number of people on the right and issues. You know, make movies about them. They’re doing it with Roger Ailes. There’s a bunch of Roger Ailes movies, and they’re gonna do everything they can to poison people’s minds about him.

But last night on CNN, David “Rodham” Gergen was on. He’s not talking about me, by the way. He was on Anderson Cooper, who was being filled in for by John Berman, and Gergen was asked this question: “The lack of White House decorum in general. It’s nothing to make light of. How should Democrats handle it? What’s the right way to handle it? Everything from the sliding scale of the comments about Adam Schiff all the way to Ivanka Trump’s emails. What are the risks and the pitfalls for them?”

GERGEN: The major risk is that of overplaying their hands. When the new Congress is voted in from the out party, there’s a tendency to sort of want to push forward on all fronts, all guns blazing. You know, take down the president, if you can. But we saw as far away as, uh, Newt Gingrich coming into power in 1994 when the Republicans swept the House, uh, and he overplayed his hand, and it really wound up damaging not only him, but the body itself. And in this case what the Democrats need first and foremost to do in the next few days is to demonstrate they can come together, bridge their differences on this choice of a speaker and on who’s gonna be doing what within the House. 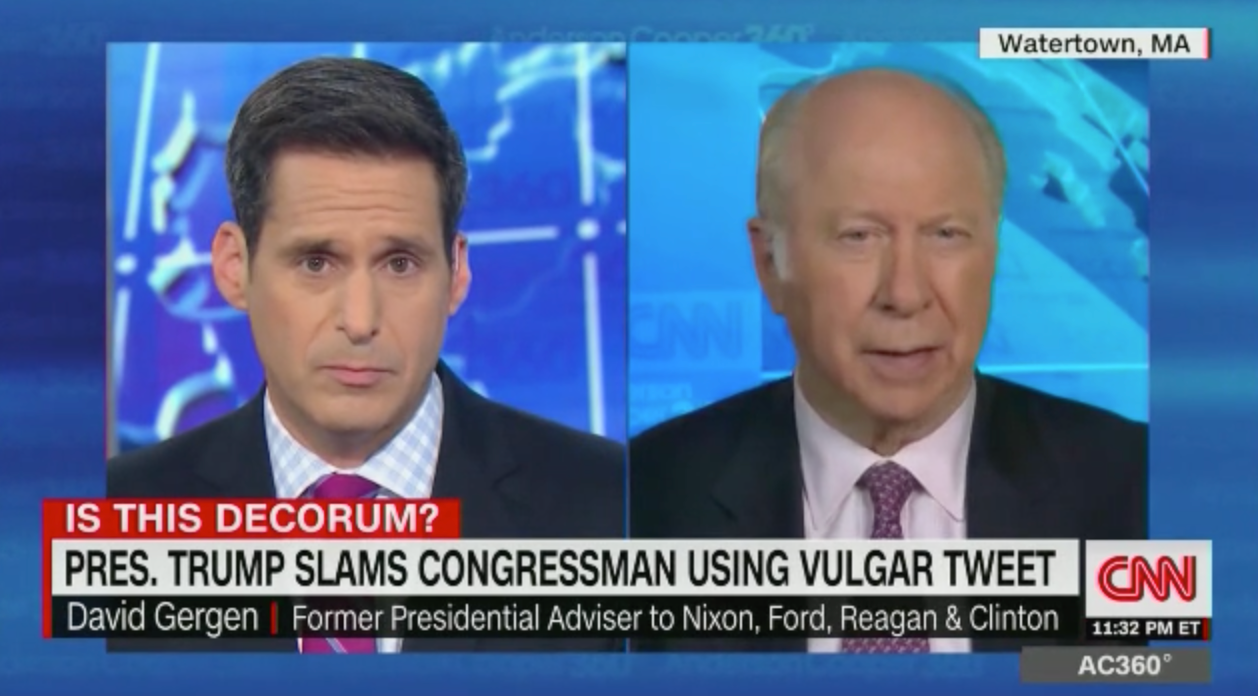 RUSH: So I saw that, and I said, “Well, now, this could be part of the answer, is that they’re reciting all of this history involving this program from ’88 to the present and using it as an illustration for young Democrats of how Newt and the boys in the House example greatly misunderstood what their election meant.” Even I pointed that out after a while. I made the observation that the mistake that the conservative leadership in the House made in 1995 was assuming they won the election because the country had gone conservative.

Therefore, they stopped teaching or explaining conservatism as they propose their ideas and policy legislation and began to implement it. They didn’t explain why, they didn’t give justification for it, because they assumed everybody understood that that’s why they were elected: To implement, quote-unquote, “conservative policies.” Well, the media had been demonizing conservative all over the place then like it does now, and with the absence of Newt and the boys giving a constant history teaching lesson about why they’re balancing the budget and why they’re doing this and how it relates to conservatism and, “This is why you elected us…”

They just did it, and they made targets of themselves and ended up putting Newt on the cover of TIME magazine, Man of the Year, with two days of growth on his face. Remember that stubble photo? Then they had him on there as the Gingrich that stole Christmas as they defamed conservatism. What Gergen here is suggesting is, “Look, don’t make the mistake that the Republicans made in ’94 of thinking that the country voted ’em in because they want everything that’s being done right now reversed. Don’t make that mistake.”

That’s what he’s saying. “The Democrats need to come together on the speaker.” He’s also making the case here for Pelosi. Speaking of that, an increasing number of House Democrats are going public with their, I mean, vitriolic opposition to this woman. Sixteen of ’em have signed a letter. I find it interesting. I can’t find the names of this signatories to this letter in any of the stories about this letter. The letters are published and the signatures are published, but you need a translation app figure out whose names are being signed here.