What Really Bothers the Never Trumpers

RUSH: I referenced this earlier. CNN. The guest is Marisa Maleck, and she’s a member and a lawyer of the conservative lawyer group against Trump. This is the group organized by Kellyanne Conway’s husband, George Conway. And so the CNN infobabe interviewing her is Kate Bolduan.

She says, “Okay. This group organized by George Conway, well-known conservative legal mind” — no, he’s not. He wasn’t until Kellyanne got famous. “Counselor to the president, Kellyanne Conway defends the policies and the moves the president’s made that you’re speaking out about. What do you think about all this?”

MALECK: I think it’s interesting, and I do think it’s important to clarify that Checks and Balances isn’t reflexively an anti-Trump organization. It cares about the rule of law. It happens to be, you know, obviously President Trump is what’s sort of motivating our group to sort of come together, but this really shouldn’t be seen as an anti-Trump organization as much as it’s an organization that’s standing up for what it believes are important to make a robust and healthy Democrat. 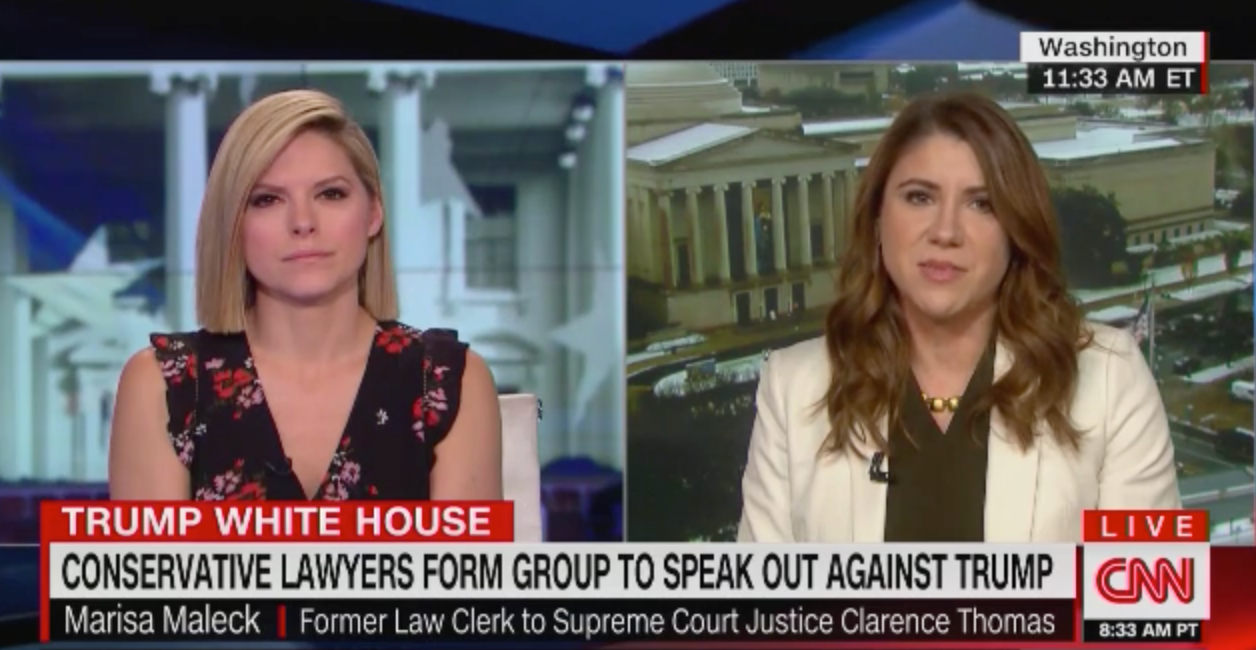 So their headline is, “Trump is a Bully, But He’s Right About Bad Forest Management.” These people simply don’t like Trump’s style, his mannerisms, his manners. You know what, folks? We have lost, over the last number of years because of militant feminism, we’ve really lost the concept of manliness. Manliness is now considered bullying. Manliness is considered rude and bad manners. And it’s not good. Not good. I mean, we’ve got the wussification of the American male population heading on now at full speed.