RUSH: Senator John Kennedy from Louisiana was on CNN’s Erin Burnett OutFront last night, and the question he got was, “What do you make of the first lady Melania Trump demanding that somebody be fired over there in the West Wing? Should the first lady have made such a statement, weighing in on a West Wing personnel issue via the media? I mean, this guy kind of felt blindsided by it. The president may have felt blindsided when his wife spoke up. What do you think about this, Senator Kennedy?” 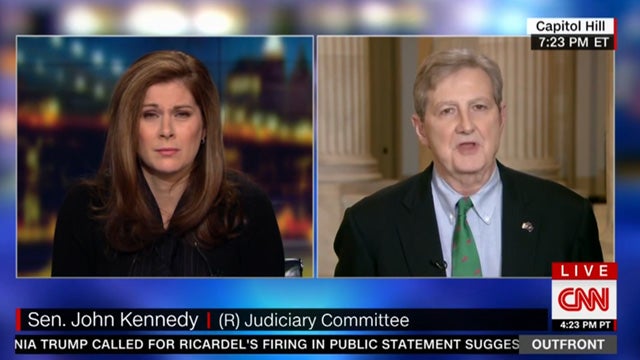 KENNEDY: The president shouldn’t feel like he’s bossed around. If he does feel that way, you know, don’t worry about it, Mr. President. I feel bossed around sometimes. I love my wife to death, but in my marriage I can be right or I can be happy. I can’t be both. It doesn’t bother me. I’m happy to have my spouse weigh in when she sees me doing something wrong, and I suspect the president feels the same way about Mrs. Trump. But all she did here, in my opinion, she just did publicly what other first ladies have done privately.

RUSH: No big deal here, nothing to see. You know, when Nancy Reagan stood up for Ronald, when Nancy Reagan was demanding that all kinds of people be fired, she thought there were people undermining him. And people just tore into Nancy Reagan. She had no business, she’s overstepping her bounds.

To which I asked, “Wait a minute. I thought we’re supposed to have a culture featuring strong women who are not gonna be silenced because of conventional wisdom saying that they can’t talk about things that only men can talk about. What is this?” 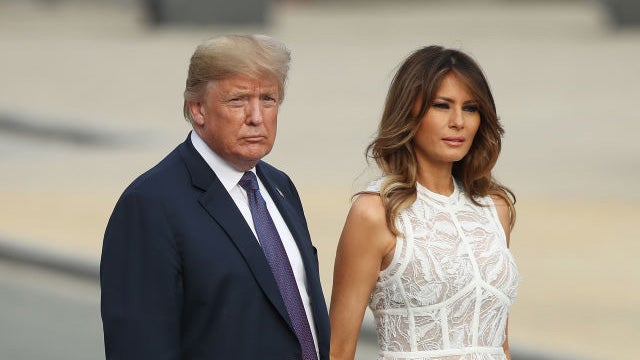 Furthermore, what is wrong with a woman defending her husband? What in the hell is so threatening about that? I mean, the left engages in so much hypocrisy, they never get called on it and they very seldom are penalized for it. They’re all over the place. But this line from Senator Kennedy, “Look, I love my wife to death, but in my marriage I can be right or I can be happy. I can’t be both.”

I once interviewed Charlton “Chuck” Heston, Chuck to his friends, shortly after he had celebrated the 50th anniversary of his marriage to his wife, Lydia. And I said, “What’s the secret?” He said, “Four words: Honey, I was wrong.” So among men of a certain age there’s almost a stereotypical cliche that in your own home you’re never right if you want to be happy. (laughing)

“Look, I decided in my marriage it’s gonna be very simple. I’m either gonna be right or I’m gonna happy, so I’ve decided I’m gonna happy, which means I’m never right in my own house.” I wonder if his wife gave him any grief when he got home. Probably not. Great example of stereotypical humor that just skirts right over people’s heads.