RUSH: The New York Times has changed the way they’re gonna report things tonight. The exit polls are gonna be done differently now because they haven’t produced the results that the left and the media have wanted. The New York Times really got savaged in 2016. 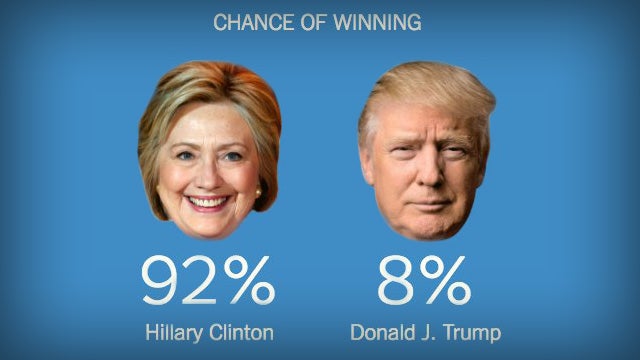 They had that Web page with the meter, the dial, the arrow that kept pointing to Trump, 89% chance, 92%, when they started the day thinking it was Hillary 92, 93% — and New York Times readers were panicking. So the New York Times has heard them and they’ve announced a new way of doing their little dial graphic tonight.

RUSH: The deal on exit polls is every network gets the same data. There’s a consortium. It used to be AP and UPI. Now it’s AP, ABC, CBS, NBC all come together; they all pay for it. It’s all the same data. No network has unique — never has had — exit poll data. Every network got the same stuff. It’s just how they chose to present it and analyze it. But with so many early voters, they have figured out that there’s no way they can accurately predict anything with exit polls when they can’t talk to early voters.

If all they’re gonna do is talk to people who vote on Election Day, they need a new system, and so that new system is debuting today. The Associated Press (and, therefore, all the others) “will debut a new survey of the nation’s electorate for Tuesday’s midterms that aimed to more accurately capture the story of how Americans voted and why.” This is so the Drive-Bys can start spinning the elections to advance their agenda no matter how they turn out, which is how exit polling analysis is used.