RUSH: Back to the phones. This is Harry in Chicago. Great to have you on the program, sir. How are you doing?

CALLER: I’m fine, Rush. First-time caller here. My question to you is, you know, with all this caravan coming up… I mean, it is a problem, and it is, like the president says, it’s nothing less than an invasion. And, to me, once they get to our door and they kick our country’s door in, how much further down the line before the possibility exists that each one of us start to get our doors kicked in. I mean, you know, that’s what they will do. I mean, home invasions are home invasions. 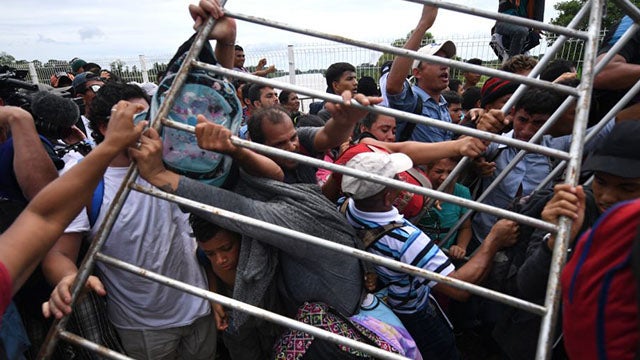 CALLER: Well, him and the Maxine Waters and everyone else out there, I think they firmly believe that if they say it, it’s true. And, unfortunately, it’s sad. You’ve got a lot of people out there that will listen to them.

We have laws on immigration for a reason. We want to maintain America as America, and people who are permitted to enter legally have to be determined as people who want to become Americans. There’s nothing that is wrong with that. There’s nothing discriminatory about that. What are we supposed to do? What’s the alternative? Just stand aside? The Obamas and the Democrats of the world would have us believe that (paraphrased) “the only way that we can show that we’re not a bunch of judgmental racists and unkind people is to stand aside and let them in.

“We must do that to demonstrate that we understand the plight of poverty and sickness all around the world.” And we do not have a duty to preside over the weakening or the destruction or the transformation of our country that’s not voted on. We simply do not. But they want us to just stand aside. Anything less, they start name-calling with. It’s about preserving a culture. It’s about preserving an economy for all. It’s about maintaining American exceptionalism and the greatness of this country that benefits everybody because of our existence. 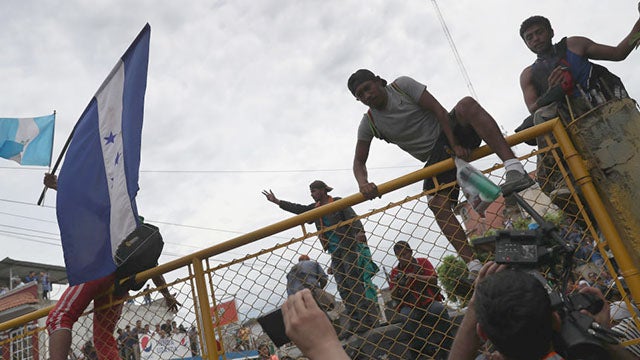 But if we allow it to transformed and watered down — particularly having not been voted on — that’s what people are opposed to. It boils down to a rule-of-law issue. There are laws against what is happening. There are the laws against sanctuary cities. We’re being treated and told that we have a duty to ignore them. “As a definition of humanity, we must ignore our laws. We must stand aside to prove that we are not afraid of people unlike us,” or some such BS that always flows from the mouths of these people.

And they are not interested in these new arrivals becoming the best they can be. Quite the opposite. The Democrat Party doesn’t see that caravan and see human potential. They don’t see future members of the American workforce adding to American productivity. They don’t see that at all. They just see voters. They see dependent-class voters. That’s what they’re promoting, that’s what they’re championing. It’s what they’re encouraging. And the more of that that’s created, the more stress there is on the country and its economy and the people in this country who make it work, to continue to make it work.

“Make America Great Again” is not a slogan. It is an objective, and it’s an objective born of necessity. Because there is a political party that has a different definition of American greatness than what you and I would all think American greatness means or is. There simply is an attack on the founding of this country, as it is judged to have been “a founding exclusively by and for rich white racists.” That is it, in a nutshell.

In order to prove that this is not the case, we are to stand aside. “Who are we to tell a bunch of sick poor people ‘no’?” And part and parcel of this… By the way, I ran into this again last night. I ran into some people wringing their hands over the fact that we were separating children from their families. You know, I want to pull my hair out when I hear people on my side of things start talking that way. They weren’t criticizing Trump. It wasn’t that. It was just, “It’s making it really hard to support, Rush. We shouldn’t be separating…”

I get so frustrated. It takes every ounce of discipline I have not to raise my voice and tell them, “It isn’t happening. How is it that you can know that the media is lying about this or that and the other and not know that they’re making this up?” Especially when there aren’t even any pictures of it. Anyway, whether you want to call it an invasion or not, it is a violation of law. But it’s a political stunt. It’s Kavanaugh all over again. It’s Trump colluding with Russia. It is a left-wing stunt, a worldwide left-wing stunt! And it does not have good intentions where America is concerned. Cut-and-dried.