RUSH: This is President Trump. This is over in Florida last night, the West Coast, the Make America… By the way, they’re lining up in Columbia, Missouri, out in droves today. The president is there tonight for a rally. Thousands have already shown up. But apparently it doesn’t mean anything ’cause the Democrats have already won the House. CNN says so; Charlie Cook says so. The Democrats don’t have to vote now. It’s over. 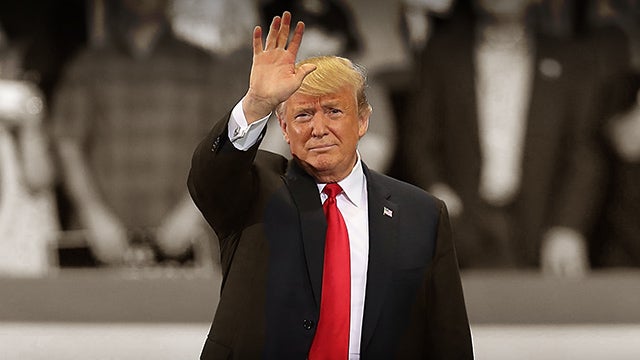 THE PRESIDENT: I came home and sadly turned on the news and watched as the far-left media once again used tragedy to sow anger and division.

THE PRESIDENT: Sadly, they took a small group of protesters far away from where we were — because we could not have been treated better, the first lady and myself. But we’re representing the presidency, and they did everything in their power to try to play it up and push people apart. That’s what’s happening. They’re pushing people apart.

THE PRESIDENT: It was fake and it was make-believe what they said. I came home, looked forward to seeing it, and it was sad — and when we talk about division, this is a big part of the division right there.

RUSH: Meaning: The media dividing the country and then lying to the country that the country wasn’t divided during the Obama years. Here’s Trump, same rally, not holding back about the media…

THE PRESIDENT: We have forcefully condemned hatred, bigotry, racism, and prejudice in all of its ugly forms. But the media doesn’t want you to hear your story. It’s not my story. It’s your story.

THE PRESIDENT: The left-wing media doesn’t want to solve problems. They want to stoke resentment. It has to stop.

RUSH: Now, a couple of points. He’s not referring to all media. He’s not saying, “The media.” He’s saying, “Fake news is the enemy of the people.” Fake news. And it is. And the left-wing media doesn’t want to solve problems. That’s absolutely right. But more than that, 92% of the media’s coverage of Donald Trump is negative. What is he supposed to do? Just sit there and take it like Mitt Romney did? Sit there and take it like George W. Bush did?

Just sit there and take it like everybody in the administration would be forced to take it? That’s not the answer. It hasn’t gotten us anywhere. I want to go back and play you this because the media does not play, did not play. This is the audio of Trump walking through the University of Pittsburgh Medical Center where the people who tried to save and treat the victims of the synagogue shooting worked…

FEMALE HOSPITAL WORKER 2: We love you!

THE PRESIDENT: Thank you all very much.

FEMALE HOSPITAL WORKER 2: Thank you, Mr. President. We love you. Thank you.

MALE HOSPITAL WORKER: Can I shake your hand, sir?

FEMALE HOSPITAL WORKER 2: Thanks so much.

THE PRESIDENT: You can. (comes to shake hands of staffers)

MALE HOSPITAL WORKER: Thank you so much.

THE PRESIDENT: Thank you so much.

RUSH: Actually, I’m not gonna skip it. Here’s the next one. Here’s more of the same thing. The media — no broadcast media outlet — has broadcast this.

THE PRESIDENT: (teasing staffer as he shakes his hand) I don’t care where those hands have been.

THE PRESIDENT: Thank you all very much.

FEMALE HOSPITAL WORKER 1: Thanks for comin’ to Pittsburgh.

FEMALE HOSPITAL WORKER 2: You too. Thank you.

THE PRESIDENT: (looks at Jared) Nobody ever heard of you. 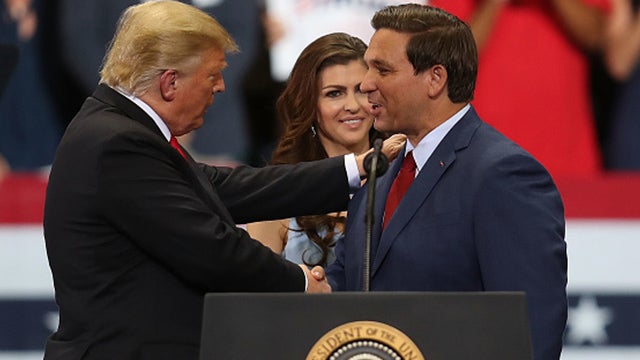 ACOSTA: They may succeed in revving up this base, Don. When I was, uh, at that rally earlier tonight here in Fort Myers, that language that the president was using — that very, uh, volatile, hostile rhetoric aimed at immigrants coming into this country. That was whipping up this crowd more than anything I’ve seen in some time out on the campaign trail with the president. Don, once again, the president talking about his frustrations with the coverage of his trip to Pittsburgh, uh, uttered the phrase “enemy of the people,” uh, referring to the press or what he says is the fake news.

Why is CNN so hated, do you think?

RUSH: How many people voting in the midterms that are gonna vote for Democrats…? How many of them do you think are aware of what the Democrats’ primary objective is in the immediate term? The Democrats’ primary objective is to investigate Trump, impeach Trump, impeach Kavanaugh. Every congressional committee — every House committee — will be focused on exposing whatever the Democrats think went on between Trump and Russia, his administration.

In other words, how many people think…? How many people…? Let me put it this way: How many people are gonna be shocked when all the House does is investigate the president? And I’m here to tell you, I will bet you over half the people voting for Democrats will be shocked and amazed if that happened, that they don’t know.