Media Tries to Respin the Caravan

RUSH: The media has a new spin to the migrant caravan. “Media outlets want you to know the Central American migrant caravan heading to the U.S.-Mexico border isn’t just about fleeing poverty and violence…” 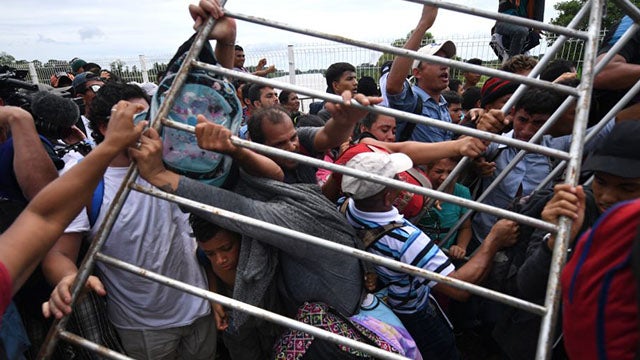 No. What do you think it is, then? What are they fleeing? “The [U.K.] Guardian cited ‘experts’ who ‘say the big picture is that changing climate is forcing farmers off their land – and it’s likely to get worse.’ The [Huffing and Puffington] Post said the migrant caravan ‘foreshadows’ what’s to come with global warming. Likewise, E&E News…” E&E News? Well, whatever. They “called the caravan a ‘preview of climate migrations’ — that is people driven from their homes due to man-made global warming.

“Thousands of migrants from Central American countries, such as Honduras and Guatemala, are making their way through Mexico to the U.S. border to declare asylum.” Does that mean that climate change isn’t happening here? I mean, if they are migrating — if they’re fleeing climate change in Honduras and Guatemala and El Salvador and they’re coming here — it must mean that there isn’t any climate change happening here. I mean, that would be my logical, common-sensical conclusion.

If somebody were to tell me, “Rush, you’ve got this caravan all wrong. It isn’t a bunch of people who want to flood the border, not a bunch of Democrats-in-waiting. It’s not a bunch of welfare recipients hoping to get on the rolls. These are people fleeing heat! These are people fleeing high temperatures brought on by climate change.” Okay. Well, I think that every year when it gets hot in America we’re told that climate change is happening here too.

Last I was told, the ice caps everywhere are melting, and so it might be impossible for the climate change caravan… Is that gonna be the new name of it? The climate change caravan. Do you realize how ridiculous this is? All this is… You know what this is? This is another way of selling the caravan to people like that guy who called us a half hour ago. (impression) “Oh, they’re fleeing heat! Oh! Oh, we’ve got to let them in! Oh. I understand that. Climate change is happening already. It’s… It must be really bad.

“You know, they’re so far south, it must be really much hotter down there than it is here. I can just imagine if there’s climate change in the U.S., it must be really bad down there. Oh!” And that’s how it works. That’s the mental process that is involved in this. From the New York Times: “New Migrant Caravans Trek North, Ignoring Political Repercussions.” The upshot here is that there are now four large caravans heading to the U.S.

It seemed like only yesterday the Drive-Bys and Democrats were saying that we had nothing to worry about, that Trump was just fearmongering. In fact, it was all over CNN today. CNN’s chyron graphic all over CNN today: “Trump Fearmongering, Ratcheting up Fear Ahead of Midterms on Caravan.” Meanwhile, there are more caravans than ever on the way here. But it’s okay. They’re just fleeing high temperatures.

But if somehow all of these pollsters are wrong and the Democrats are wrong and if the Republicans hold the House, then the caravan will probably stop and turn around because the stunt will have failed. There is no question in my mind that this is some kind of political stunt. Common sense, though, would tell you that it would augur well for Trump and for Republicans. But we will just have to say as time unfolds about that. Here’s Trump talking about this.

THE PRESIDENT: It’s very important. We have to have a wall of people, very highly trained people, terrific, dedicated patriots. That’s what they are. You have caravans coming up that look a lot larger than is reported, actually. I mean, I’m pretty good at estimating crowd size, and I will tell you they look a lot bigger than people would think.

KARL: What we see is deeply impoverished people fleeing violence, many of them women and children. You’re gonna send 15,000 active duty U.S. military? 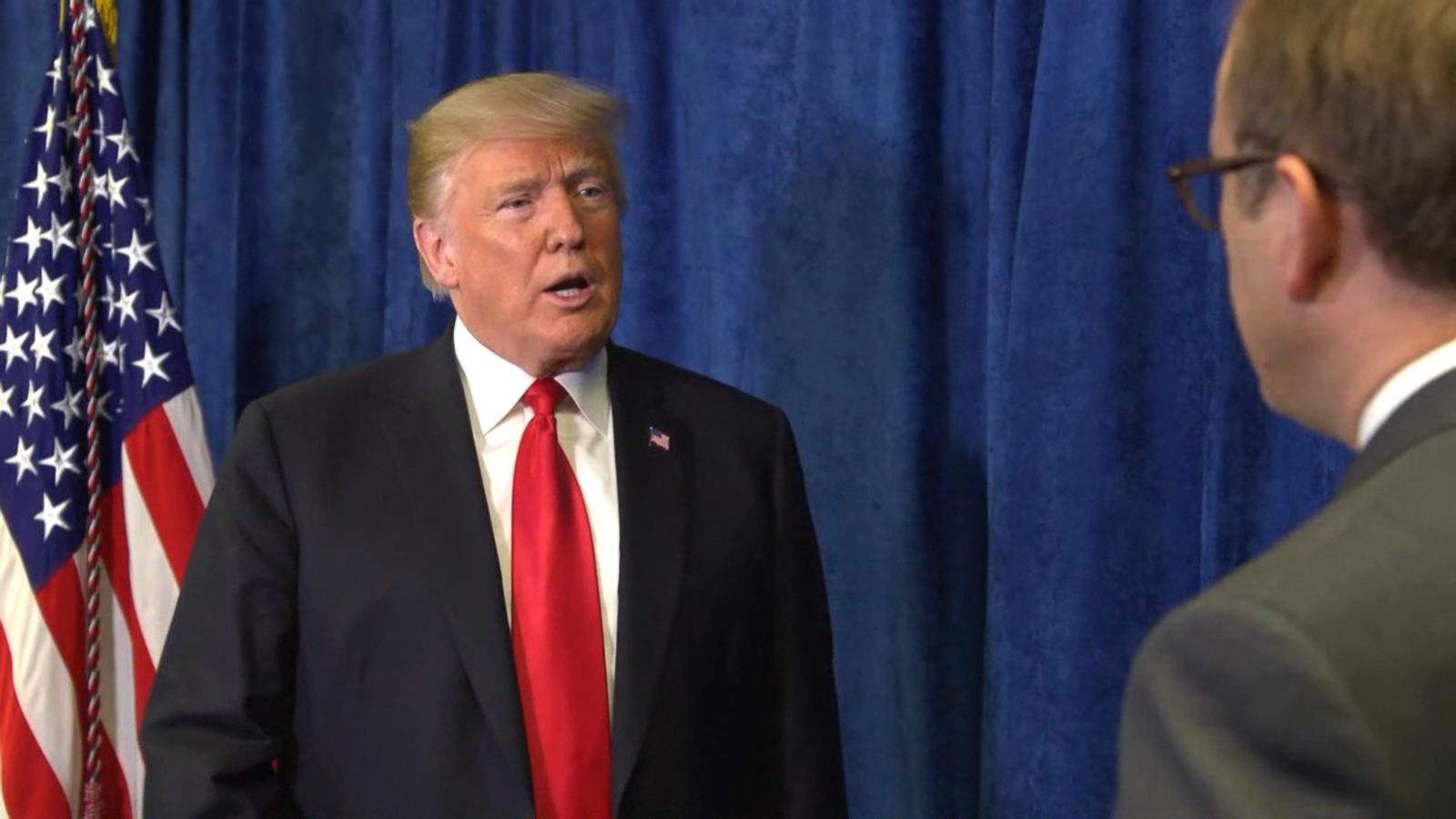 RUSH: The Drive-Bys can’t believe this. They’re out there shouting, “Posse comitatus,” and all that, and they’re looking into their own cameras and they’re saying, “There’s nothing to fear. Nobody’s coming to get you. These are not the bogeyman coming.” People on the left or in the media, I don’t know what’s so hard to understand. I guess to me, it’s not hard to understand. This is a cultural invasion. All of illegal immigration is a culture invasion, and it’s a law and order issue. It’s so simple.

It’s against the law! There isn’t a country in Europe that permits birthright citizenship. Certainly none of our allies, our allies currently going who permit birthright citizenship. Open borders… Look, people in the European Union have tried it, and now they want to shut it down. But it’s a law and order issue, No. 1. What is so hard to understand about that? Even so-called conservative media people look into their cameras and get an expression of shame and tut-tut on their faces.

Saying, “What are you afraid of? These are just human beings!”

The fact that the law of the United States is being violated openly, wantonly and purposefully, doesn’t seem to bother anybody. What does that say about the rule of law, anyway, which is the glue that holds everything together here? And then you get to the cultural impact here and why is it wrong to want to protect and grow your own country’s culture? Where is it written that the Constitution of the United States essentially becomes a suicide pact?

Why and where is it written that because we have produced a lot because we are prosperous and a superpower…? Where is it written that anybody who wants a part of it can just come get it? But that’s the kind of thinking that we’re up against, and one of the techniques is, “Rush, it’s just, you know, 15 people here, 20 people there. It’s not… Where’s your compassion, Rush?” It’s not about that, and it’s not just 15 or 20 people. Look at the numbers. We’re up now to at least, minimum…

Everybody talks about it’s 11 million. But, anyway, our opponents simply refuse to understand this and see it in the way or on the same terms we do. They just chalk it up to bigotry, xenophobia, racism, or whatever, which is so intellectually lazy to do. It’s almost gotten to the point where standing up for your country and expressing patriotism is unhip and uncool and really it’s beneath us. “We don’t need… Everybody knows we’re Americans. We don’t need to remind ourselves of that.

“Just… You celebrate the flag? Big whoop. We all celebrate the flag.” Well, no, we don’t, actually. But what’s wrong with wanting to? Why is it the people who want to honor the flag, celebrate the flag…? Why are they considered the oddball kook weirdos? And the answers to these questions are well known. We have time to squeeze…? Yeah, we do. Let me squeeze a call in here since I haven’t had many today.