Where Do Young Socialists Think Money Comes From?

RUSH: Shawna in Denver. You’re next. It’s great to have you on Open Line Friday.

CALLER: So I have a comment. I just want to say how wonderful it is to get to talk to you. I have a comment and a question. I didn’t tell Mr. Snerdley that, I hope he doesn’t get upset with me.

CALLER: But, yeah, I mean it’s wonderful, you know, once in a lifetime that somebody gets to talk to the sanity and reasoning and, you know, great — 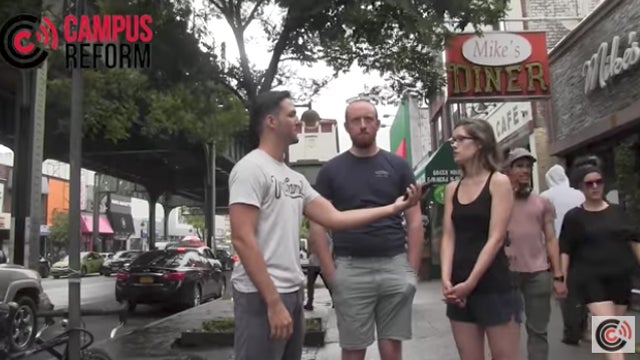 RUSH: I understand. Do you realize I have — (crosstalk)

RUSH: Do you realize, Shawna, I have nobody to talk to like you have the chance to talk to me, I got nobody. I have to do all of this alone. I can talk to Kathryn about it, but that’s it. I can’t call somebody like you can call me.

CALLER: Well, you know, but your brain works so well, do you really need anybody to talk to? No, I’m sure, I know that all of us need somebody to talk to.

RUSH: No. No. I don’t. I’m perfectly satisfied answering my own questions. But I understand. That’s not to be critical of what you’re doing. I’m very flattered.

CALLER: Oh, yeah, I know. So my comment is, so I think you was watching Tucker last night and they had the person go out into Ocasio-Cortez’s neighborhood, you know, asking them questions about where they thought all the money was gonna come from. And my question is, or my comment is, why don’t they send somebody out asking people why they think the white, Trump voting deplorables should pay for everything they want? Why should the money come —

RUSH: Speaking of Ocasio-Cortez, our last caller was referring to Tucker Carlson, played the audio and video going out into the district of Alexandria Ocasio-Cortez asking her voters about socialism and so forth. We’ve actually got the audio of this here. And what this is, this is Cabot Phillips, Campus Reform, in the district of Alexandria Ocasio-Cortez in Astoria. That’s in Queens. And they’re asking several of her constituents about socialism.

PHILLIPS: How are we gonna pay for those?

PHILLIPS: Who, in your mind, should pay for all of the free things?

WOMAN: All the free things? Well, some of it should come from taxes, but the government should pay for it.

PHILLIPS: But the government is funded by taxes.

MAN: I don’t know where the money would come from, but they can figure it out. Tax corporations, let’s tax the 1% and find a way to support a living wage.

WOMAN: I’m liberal. I don’t know exactly, like, where I stand. But I know, like, democratic socialism is better than conservative. It’s just better than — it’s the better option.

RUSH: Okay. I can understand, if you’re the watching that, that you might lose hope in the future of your country, at least the future of Queens. “Ah, well, yeah, I’m liberal and I don’t know exactly, like, where I stand, but I know, like, Democrat socialism is better than conservative.”

That’s the only comment in this bite that you really need to pay any attention to. That’s what they have done. This woman doesn’t even know what conservative is. She thinks that she does. She thinks it’s mean-spirited, extremism, conspiracy theories, racism, bigotry, homophobia. That’s what she thinks it is. She hasn’t been taught to question anything.

And even at that, even though government screwed it up, which they probably wouldn’t agree to, they want government to fix it. Despite evidence government doesn’t fix anything. You who are young and just becoming aware of this, I know you’re frustrated. Try 30 years of this stuff and being unable to break through to college age kids. I mean, that’s frustrating.

And actually, we have broken through to quite a few college age kids. By that I mean the current conservative movement. But it’s still dramatic what we are up against here. ‘Cause we’re up against genuine ignorance. Educated people who think they’re educated. They got a college degree or they’re in the process of getting one, they’re on campus, they’re going to class or being taught by professors.

They think they’re smart. They think they know everything worth knowing. And they’ve been taught all the prejudices. They’ve been taught all the bigotry, they’ve absorbed it, they know how to repeat it and spout it back at people. The one thing they haven’t been taught to do is think. Curiosity has been erased right out of their minds. Critical thinking has been criticized. Any variance from what’s being taught, any variance from the appointed belief system is attacked and ridiculed and mocked.

And so there we are. It’s a tough thing to confront this kind of stupidity. You know what, folks? This is another good example. These kinds of sound bites, these kinds of interviews of people, I mean, they’ve been done for 35 years, 30 years. We played examples of this back in 1989, ’90, ’91, we would air it, and we would laugh at it. We would have the best time with this. We would make fun of it, laugh at it, because there’s no way these people could really believe that. Yet here we are 30 years later, and two generations now believe it, two succeeding additional generations.

And this is just the tip of the iceberg. Wait till you get questions about women’s studies. Wait till you get questions about guns and so forth. Throw that into the mix of this stuff here. So the reaction has always been, let ’em outgrow it, just let ’em go through it. There’s no changing their minds. But a lot of them don’t outgrow it. They didn’t outgrow it in the sixties, and now many of them, like Bill Clinton and Hillary, those are products of the sixties. And look at them. Obama wishes he had been alive and of age in the sixties.