RUSH: Bob Corker. Not enough time to be fair to a caller, but just in. And it fits, it dovetails with one of the narratives of the program today. Bob Corker, little guy, he just goes back and forth on Trump. He can’t make up his mind. And this is on Capitol Hill. I guess it’s a press conference. Corker talking to reporters about last night’s primary losses by Never Trumpers and other Republicans who opposed Trump. He just can’t figure it out.

CORKER: We’re in a strange place. I mean, it’s almost — you know, it’s becoming a cultish thing. And it’s not a good place for any party to — to end up with a cult-like situation as it relates to a president that happens to be of — purportedly of the same party.

RUSH: Senator Corker, this isn’t a cult. Why do you Republicans insist on insulting your own voters? It’s not a cult. You guys just don’t know the perspective. You don’t have the proper the perspective to look at this. I’m gonna tell you. I’m gonna try to help you, Senator, after the break. You’re looking at this the entirely wrong way.

RUSH: Now, Senator Corker. He doesn’t understand how Never Trump candidates keep losing, and therefore he doesn’t understand how pro-Trump candidates keep winning. And we just played a sound bite with Senator Corker referring to this as a “cult,” and it’s really a bad thing, he said. It’s a bad thing when your party turns into a cult. Senator Corker, this isn’t a cult by any stretch of the imagination. Donald Trump does not have a Svengali hold on these people. In fact, Senator, if you want to know the truth, Donald Trump is not the cause of all this.

Donald Trump is the beneficiary. Donald Trump had the ability to understand where a majority of Republican voters were and what they were thinking and how fed up they were about certain things, and Donald Trump came along, and he spoke their language. He validated what they were thinking, and he has become their champion, because nobody else in your party stepped up! But these people weren’t running around aimless, and then Trump as a Svengali shows up and starts spinning tales and has them mesmerized into a cult.

Senator Corker, you gotta stop looking at things as this battle being left versus right or Republican versus Democrat. What you have to understand, Senator, is this new paradigm, if you will, is inside versus outside — and Never Trumpers are the essence of inside. And inside equals stagnant. Inside equals little guy doesn’t matter. Inside equals whatever globalists want to do and however much it harms average citizens, they’re gonna do it. 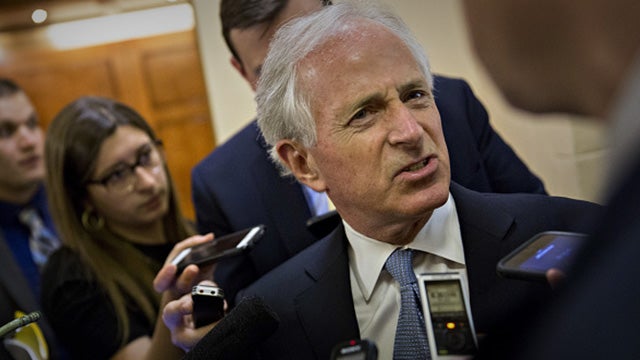 They’re simply tired of not being represented by you, Senator, and your colleagues. The people who’ve been voting for you don’t think you’ve been representing them. They think you’re representing yourself and your other buddies and special interests inside the political class of Washington. Donald Trump has come along and — in a year and a half — has fixed things that people like you and others have said can’t be fixed, and certainly not in this period of time, and we must go slow, and we must be deliberate.

Donald Trump personally wants America to be great. He’s an American, he wants it to be great as it can be. He’s tired of watching it go in the wrong direction. He personally set out a course to try to fix it and change it. A bunch of people agree with him, and they’re supporting him. There’s no cult there.

This isn’t hard to understand. But if you inside the Beltway do not even understand what people believe to be a genuine crisis in the country, culturally and economically, then you’re never gonna understand what’s going on. You’re gonna continue to spite it and hold it in contempt. But it’s real.

The idea that there’s some kind of a cult is simply a lazy way of dismissing it, a lazy way of not having to explain why your side keeps losing! ‘Cause you don’t want to get down to the substance that might explain that. That would be painful. So you blame it on a cult, and you claim you don’t understand it. Yeah. So create the picture that a bunch of Trumpsters are waiting for the next Hale-Bopp comet to come along and hope they get on board. But you’re gonna miss everything going on, if that’s the case.

And the thing about this, it’s not that hard. It’s not hard at all to understand this. But you’re never going to if you don’t try. And calling these people that love their country and are simply trying to maintain a level playing field where they and their family can have a shot at improving their lives, to call that a cult, is really insulting ’em. That’s not by any stretch what’s happening.

RUSH: Magnolia, Texas. This is Debbie. Great to have you. Hi.

CALLER: Hi, Rush. You mentioned earlier this morning that if circumstances were reversed, we would be sick of watching everybody fawn over Obama if he had done something like this. And I think that we would be in wide-eyed shock, probably catatonic, because this couldn’t have happened. We knew who he was. You know, I’ve been here from the beginning Rush —

RUSH: Debbie, you are very crafty. You’re very shrewd. I thought you were gonna go in an entirely different area, but you’ve shocked me. I can’t dispute what you say. For people that didn’t hear what I said, I want to help them to understand what you’re reacting to. 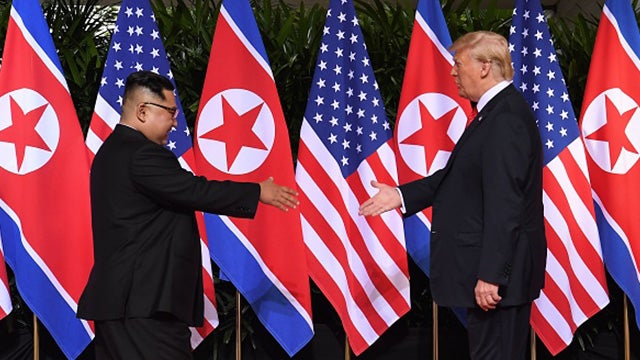 A bunch of Republicans are saying out there and conservatives all over the place, that if Obama had had the 24 hours that Trump had, that we would be shouting “impeachment.” And I said no, that’s not the case. Obama has had many of these trips. He has gone over and met with Cuba. He has worked against Israel. He has helped the Iranians nuke up. I said the difference is Trump is trying to get a nation to give up nukes, a bad guy nation to give up nukes. Obama was not.

And I said the objective is different. And Debbie is reacting to that and saying that if Obama had these same 24 hours, we would be in shock because we would not believe that Obama would actually do something like that, which is a good point. But I at no time said that if Obama had done this, that we would be upset about it or this or that. All I said was that we would not be demanding that Obama be impeached as we were being accused.

And of course the criticism is, Trump’s got no business being on a stage with a despot like this and giving him equality, giving the same flag, same size of flag, same height. This guy has just been legitimized by Trump. That’s outrageous. And if Obama ever did this, we would be demanding he’d be impeached. Obama did this. Go look at the pictures of Obama with Raul Castro and Cuba. There’s the Cuban flag same size as ours. There’s Obama raising Castro’s arm in the air hand in hand. And nobody was out shouting for Obama be impeached because it was exactly what we thought Obama would do: sidle up to a bunch of communist pinkos.

And you’re right. So if he had actually gone to Cuba and told the Castro brothers to pound sand, that we’re gonna start building condos on their beaches, why, we would have said, that can’t happen, that’s not who Obama is, and you’re exactly right. He would not have done what Trump did is your point, right?

RUSH: By the way, could you tell me what it’s like to be a member of this Trump cult?

CALLER: Can I? (laughing)

RUSH: Yeah. Senator Corker says if you support Trump you’re a cultist. See, she doesn’t even know what I’m talking about. She’s not one. This is silly.