RUSH: Glenn Greenwald. He’s a good buddy of Edward Snowden. He’s a big leftist. The guy lives in Rio. He’s American, but he lives in Rio, I think, because he’s such a target for people because of his relationship with Snowden and for other things. So he comes out of wherever he lives down there, apparently, and sometimes, you know, appears on CNN or other places. But, as far as I know, he’s the guy that coined the term “deep state,” although it may be somebody else. He is just the first person that I had seen using it in print on his website, which is called The Intercept.

He’s got a piece that was posted yesterday: “The Democrat Party’s 2008 View of Identity Politics Is Confusing and Thus Appears Cynical and Opportunistic.” What this piece is essentially about is that the Democrat Party’s apparent concern with diversity and equality and equity and fairness is a bogus premise that they do not actually follow because, when you get right down to it, the Democrat Party is really nothing more than a party of deep insider good old boys who are usually white and heterosexual.

They say they are for minorities and they say they’re for women and they say they’re feminist and they glom onto things like the #MeToo movement. But when push comes to shove, they endorse the white guy. And if it’s between a black guy and a woman, they will endorse the guy, as in Obama over Hillary. “[D]espite the inconsistencies, one of the dominant themes that emerged in Democratic Party discourse from the 2016 election is that it is critically important to support female candidates and candidates of color, and that a failure or refusal to support such candidates when they present a credible campaign is suggestive evidence of underlying bigotry.”

But they don’t really do anything to help those people. They don’t do anything to change the circumstances these people are in. The Democrat Party exists to keep those people in their circumstance. “You’re homeless? Here, we’re gonna show you how to stay homeless and vote for us.” “Are you poor? We’re gonna show you how to stay poor and vote for us.” And they do this by telling all of these groups how rotten and mean the Republicans are, how rotten and mean the conservatives are. 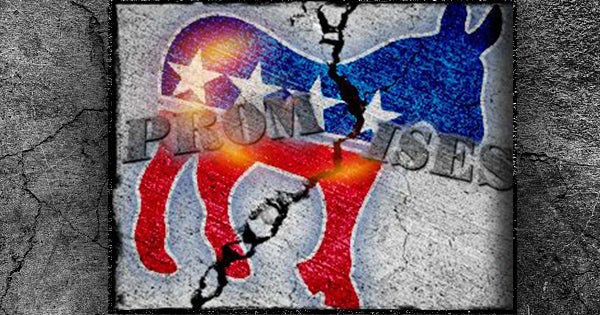 The conservative movement doesn’t hold anybody back other than leftists. The Democrats get away with all of these allegations, and they get away with all of these presumptions that they’re really cool people. They’re good. They care about the homeless. They care about illegal immigrants. What do they actually do for illegal immigrants? They keep them illegal! What do they do? They put ’em in sanctuary cities, all these things to make the illegals think the Democrats are looking out for ’em.

This is what Greenwald is writing about. He said when you get right down to it — all of this identity politics stuff and all this diversity — and you look at the power structure of the Democrat Party, you’re gonna find a bunch of old white guys, and they’re very exclusionary. It’s very, very tough to crack their little club. For example, how long has Hillary been trying, how many years has Hillary been told, “It’s your turn, Hillary. We owe you”?

First chance they get to undermine her, they take it. Hillary had to rig the process to get the nomination. So they’ve built this facade, they have built this magical mystery existence. And that’s why I’m stunned to see somebody like Greenwald come along and start poking holes in it. Here’s another paragraph. “”[V]irtually the entire Democratic establishment has united behind the white male dynastic prince, Cuomo, over his female, LGBT challenger.” 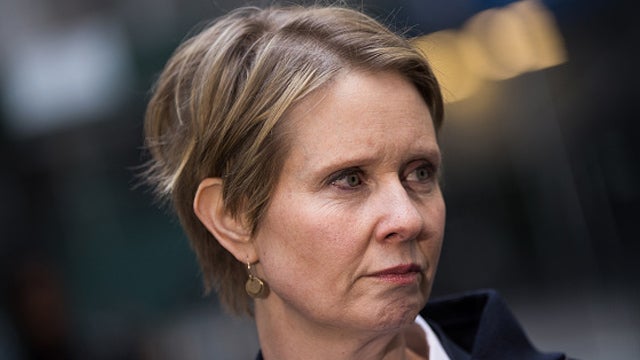 And yet here she comes wanting to be governor, and is the Democrat Party, the American left doing much to help her? Not at all. They’re circling the wagons around old Fredo. Well, he’s not Fredo. This would be Andrew. Son of Mario “The Pious.” It’s a good point. How long’s it gonna take for this to become apparent to average, ordinary low-information people? Who knows? But it’s interesting that every now and again you get a piece like this from inside exempt that tries to bust the bubble, burst the balloon.