RUSH: We had a story yesterday that I didn’t get to, and it’s a big one. The Supreme Court has cleared the way — that would be the United States Supreme Court — has cleared the way for the state of Ohio to purge the voting rolls. The state of Ohio is gonna be able to get rid of over a hundred thousand people still on the voter rolls who are dead, who’ve passed away, who’ve moved. Some of them are still alive. Some of them have moved away.

It’s a case that’s traveled all the way up through the circuit courts. It’s gonna impact a lot of states now that this decision has come down. What happened was Ohio passed a law a few years ago that allows the state to delete residents from voter registration rolls if they fail to vote over a certain period of time. After two years of not voting, the state sends those people a notification. If they fail to respond to that and then go on to not vote for four more years, they’re dropped from the rolls.

So if you don’t vote for six years, then they can purge you. Well, of course there are a lot of people on those rolls who haven’t voted in six years, 10 years, 20 years, or whatever, and Ohio wanted to get rid of ’em. And guess who opposed it? The Democrats, ’cause some of these people are still alive. The Democrats wanted to be able to send people to vote for these people. Seventy-five people were being purged in short order and a group of them went to court to protest this. This is when the case began.

An appellate court sided with the voters, but now the Supreme Court has overturned that ruling. The majority found that the state of Ohio was in total compliance with the law in removing voters in this registration. My friends, this is a biggie. Chuck You Schumer got hysterical about this yesterday. He ripped the court’s decision, called use it or lose it voter registration, saying it would disenfranchise voters. 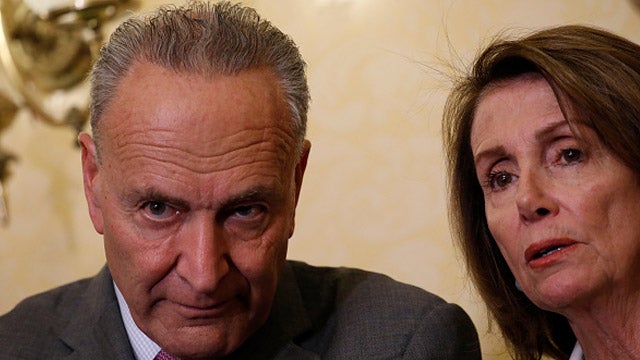 He tweeted, “The ongoing push to disenfranchise American voters led by Trump and its allies at the state and local level received a big boost from the Supreme Court today. This is why elections matter. And the right to vote’s the most sacred right we have as citizens. Aggressive voter purge systems like Ohio essentially make voting a use it or lose it privilege.” Then why do these people oppose voter ID? If voting is so sacred — and it is, by the way — if it’s so sacrosanct, if it’s so special, then why the hell do they oppose voter ID? Why do they oppose photo ID for voting?

You gotta have a photo ID to do practically everything else in life, but not if you’re a Democrat to vote. And you see, ladies and, the fact that elections do matter is precisely why we have to be very careful to protect the legitimacy at the ballot box. And I want to repeat again that it is the Mueller investigation and the American media and the Democrat Party who have done more to tarnish the integrity and reputation of the American electoral system than Vladimir Putin ever could hope to do.

This ongoing and endless allegation that Trump is illegitimate because he stole the election working with the Russians, this persistent effort to make people believe that is doing more to damage our electoral system than anything any outside saboteur could accomplish.