RUSH: Trump’s G7 performance setting up Kim Jong-un and then preannouncing that he’s leaving this summit early. You know the Drive-Bys are beside themselves over that too. Actually they’re not. The Drive-Bys are happy. They think it means failure. Trump’s not even staying the full three days. Well, obviously that means Kim Jong-un’s gotten the best of Trump. That’s what they’re writing. That’s what they’re reporting.

It can’t possibly be that in all of the work leading up to the summit — and believe me, there’s a lot of stuff that goes on before the summit happens — and I’ll tell you this. If the pre-work had not been to the benefit of the United States, Trump would not have gone over there, folks. That’s just the way it is.

All of these summits, there’s a lot of planning and a lot of negotiating that goes on even before the two leaders meet. And in many cases, the full-fledged agreement is made before they meet. The meeting is simply symbolic. And that’s statecraft. That’s how it’s always been.

Now, with Reagan and Gorbachev there were a couple, like in Iceland at Reykjavik that strayed from the script when Gorbachev tried to pull a fast one on Reagan. Reagan walked out. But I’ll guarantee you, if all of the preliminary negotiations between us and the Norks and whoever’s working with us with the Norks, like South Korea and maybe the ChiComs, if it had been looking like Kim Jong-un was doing this for just a photo-op, Trump would have canceled the thing and not even shown up. 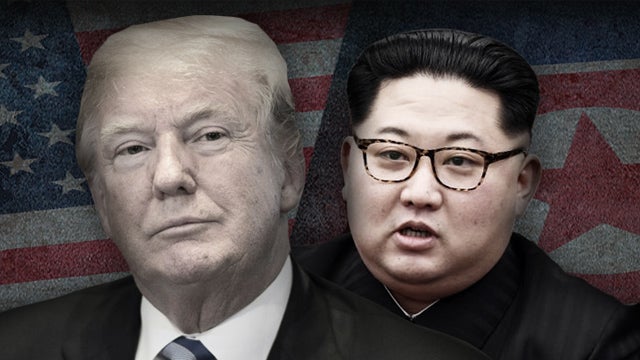 So now Trump is gonna go, he’s there, and the White House announced that they’re leaving after 24 hours. Gonna be leaving at 8:15 local time tomorrow night instead of staying all the way through Wednesday. Now, me, as a natural optimist, that tells me that things are gonna be even better than thought. But the Drive-Bys are reporting it’s obviously a failure. Trump is obviously realized he’s been outsmarted by Kim Jong-un. They’re writing that.

I’ve even read a report that, you know, Kim Jong-un went for a late-night tourist drive 10:25 local time which is about I guess 11:30 here. The Drive-Bys got all excited ’cause Kim Jong-un got in his little miniature caravan of American-made vehicles and started driving around town. Kim Jong-un, they thought he might be going to a nightclub. They thought he might be going to see a caning center, whatever, they wanted to follow, and they did.

And just like with Reagan and Gorbachev summits, the media is making Kim Jong-un out to be the guy who knows what he’s doing. Ronald Reagan had no clue how to deal with Gorbachev. Gorbachev was gonna make mincemeat of Reagan and save the world at the same time.

Well, Kim Jong-un is going to show Donald Trump how it’s done. And I have just the opposite take. And I don’t know if we will ever know the details, but I’d be really surprised if Trump did not raise a serious set of demands about Iran and North Korea, because they do have a bilateral agreement.