Susan Rice’s Son Is a Dittohead!

RUSH: So when Snerdley walked in today to tell me how great and wonderful, thrilling and reassuring it was to have me back, he said, “You’re not gonna believe this.” He handed me a story, says, “Read the first paragraph.” So I grabbed it. I grabbed what he gave me, it happens to come from TheCollegeFix.com website. And the headline to this piece is: “The Conservative Leader at Stanford — Is Susan Rice’s Son.”

“No, no, you keep reading. Just keeping reading.”

“John David Rice-Cameron can trace his conservative roots to his middle school years. Back then, his father would often have talk radio on during rides home from school or tennis practice. ‘Sometimes my dad would listen to Rush Limbaugh and he would kind of argue with him,’ recalls Rice-Cameron, 20, a sophomore at Stanford University. ‘I just found myself agreeing with basically everything Rush Limbaugh was saying.’ 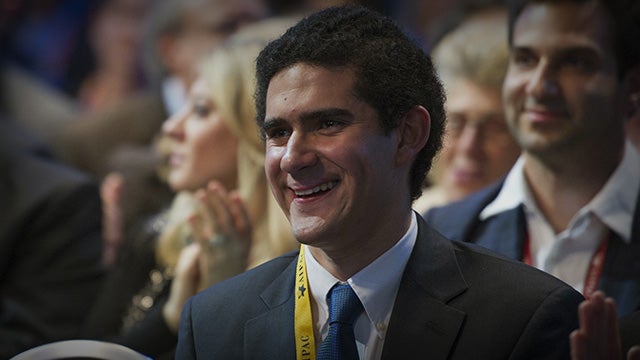 “Rice-Cameron’s parents are Democrats. His mother, Susan Rice, served in the Obama administration, first as U.N. ambassador, then as National Security Advisor.” And then she started unmasking some Trump administration campaign officials. I gotta be careful here. The guy likes me, so I’ve gotta dial it back. Like I can’t say that his mom went on the Sunday shows and told that Benghazi story. I don’t want to — maybe he’s heard me say that and he’s still here.

You believe this? Susan Rice’s son is conservative because his dad had this program on, his dad? And he ended up agreeing with everything that he heard me say, which is brilliant on his part, don’t misunderstand. It’s just that I’m stunned that they let this happen. But his mom’s quoted in the story saying, hey, you know, we promote diversity, openness, whatever.

“Rice-Cameron started listening to talk radio on his own.” He’d talk about things that he’d heard, started listening to other conservative hosts. “Fast-forward to today, Rice-Cameron — recently described by one campus publication as ‘Stanford’s most outspoken political provocateur’ — is taking his passion for liberty and advancing it at Stanford University, his mother’s alma mater, as president of the College Republicans.”

This is incredible. And so she says, “I love him very much and I’m very proud of him. And even though we may differ on substantive issues — many substantive issues, not all — that doesn’t get in the way of my ability to support and encourage him and love him the way you would hope any parent would.”

It says here he’s become a great fan of Mark Levin, all of conservative talk radio and so forth. Susan Rice’s son. So what a start to the day. I would have had no idea.