RUSH: Bill Nye. Now, this is an example proving once again the things that we used to joke about are now actually coming to pass. You know, Bill Nye the Science Guy? You know he’s not a science guy. He’s a nerd. He’s a geek. I mean, he wears a white lab coat, and he’s on PBS. So he’s an accepted leftist. But he’s not a scientist. It’s typical. The left totally invests in this guy and he’s not even a scientist. Because he utters the political things they want to hear.

Bill Nye… You remember back in the early days when the environmentalist wackos were suggesting that cow farts were destroying the climate, causing global warming and we needed to end McDonald’s? McDonald’s was producing so much cattle — or needed so much cattle, so much beef — that McDonald’s was actually responsible for global warming because of all the cow farts. Bill Nye the Science Guy now things taxing cow farts would be a fantastic thing for the world. 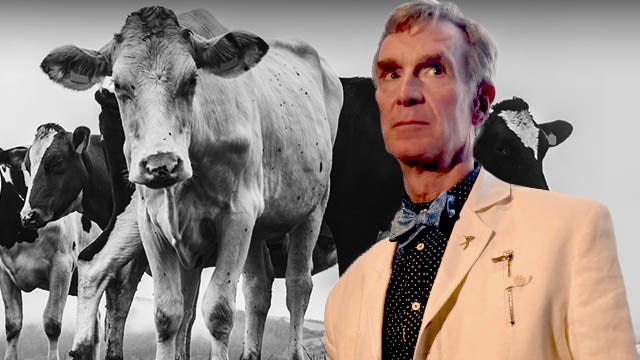 But to call taxing cow farts free market so as to demonstrate “the real cost” of a meat diet to the world. So now we got militant vegetarianism to boot!

RUSH: We get started on the phones. Greg is on vacation in the Greek isles, reaching out to us in the EIB Network. What time is it where you are?

RUSH: You’re a half hour ahead in your time zone. Okay, welcome. Great to have you here.

CALLER: Good. Yeah. Hey, the reason I called, I was listening to your show on my phone, on the internet, and —

RUSH: Are you using the Rush app?

RUSH: You’re listening to it on the app. 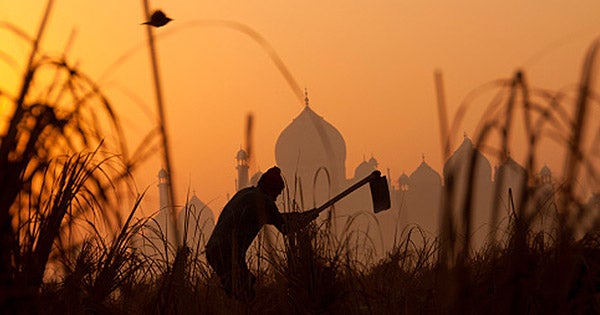 CALLER: Yes. They have a stomach system. If you’re from the farm, you don’t give green hay to a cow, because they will blow… You know, they’ll blow up. And they can’t fart it out.

RUSH: Well, I know cows have three stomachs; they chew their cud. They do all that. The first I’d heard that cows didn’t fart.

RUSH: Well, this changes everything. I mean, this literally changes everything. I appreciate this. I’m stunned. We got a guy on a yacht in the Greek isles. He’s listening to the program, and he hears Bill Nye the Science Guy wants to tax cow farts, and he calls and says, “No, they don’t even fart.” On what other show would this happen? On what other show would a guy in the Greek isles be listening to this program on a cruise — no doubt on a big yacht.

You can hear it in his voice. He’s in a big yacht — and the reason the time zone’s wrong. I think that’s when he looked at the call when he called. He probably called here at 25 after the hour. He has been on hold since. Now, you can find places where time zones are like a half hour ahead. In some Muslim countries they’re a half hour ahead. In Afghanistan. A few of them. But I don’t think Greece and the Greek aisles is one of them. So it’s probably when he called.

Okay, we need somebody looking up here, this claim that cows do not fart.

And here’s Jim in Jupiter, Florida. Jim, you’re next. Great to have you with us. Hi.

CALLER: Well, hello, Mr. Rush. Yes, I have bad news for Bill, ’cause the vegetarians are gonna be taxed more than carnivores, because metabolically your body oxidizes protein and gives off less carbon dioxide than when you metabolically oxidize starches that are in vegetables.

CALLER: Vegetarians should be taxed more than carnivores. That’s the way I look at it.

RUSH: I’m all for that! If we’re gonna start taxing food that way, tax the militant vegans.

RUSH: Hey, you said you learned it in medical school. Are you in fact a doctor?

RUSH: See what’s possible here, folks? The guy goes to med school. For whatever reason, “Ah, I want to do something new,” and has had five different careers. How many people are locked into what they think is a no-win situation they can’t get out of, and here’s a guy who sounds very happy, well adjusted, obviously educated. He knows that eating meat products produces less farts and methane — and thus carbon dioxide — than eating vegetables? It only makes sense. Why do you think in Blazing Saddles they had to use beans for the fart scene? They sure didn’t use steak!

RUSH: Frank in Crawley, Texas. I’m glad you waited, sir. Welcome. It’s great to have you with us here today.

CALLER: Great to talk to you, Rush. And that call from Jerome? Gosh, it just almost moved me to tears. It’s so amazing.

CALLER: Yeah, it really is. But I was calling again about the Bill Nye. I’m confused, because I was raised on a small ranch. We had cattle and I’m now a financial adviser actually in Waco, Texas, and I have clients who are ranchers with cattle, and I have clients who are farmers, and what… I don’t understand why Bill Nye doesn’t know that farmers actually use for vegetables a lot more equipment than folks who raise cattle. But then I figured out why he probably doesn’t know that. He probably just watched that show VeggieTales where the vegetables can walk and talk. And since he’s not an actual scientist, he probably thinks that’s true.

CALLER: So he probably thinks that the vegetables just reproduce themselves and then they just walk themselves to market so there’s no equipment use.

RUSH: Well, you know… (laughing) It’s funny. He watches shows where the vegetables walk and talk like Ratatouille. 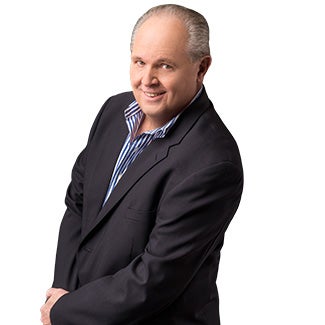 RUSH: But, you know, it is worthwhile exploring. Does he know he’s wrong, or not? And if he knows he’s wrong, why is he lying to people about it? That wouldn’t be hard to ascertain. He’s a liberal. He believes in advancing a propaganda agenda.

RUSH: But how do these people end up believing this stuff that just is demonstrably not true? Why go after cattle? Why go after beef? Why go after McDonald’s? Look at these people. They end up with enemies that they seek to destroy as they advance their agenda. It’s amazing to watch this.

CALLER: Well, and McDonald’s is one of the biggest employers in the country, you know? (laughing) But it just boggles the mind. It’s like, how can you not use simple logic on that argument?

RUSH: Well, there’s an answer to that. Logic is the result of critical thinking. Logic is reasoning. You’ve gotta have common sense. It’s painting with a bit of a broad brush here to say so, but liberals are not liberals because they’ve thought about things. It’s almost become a cliche to say, but they are liberals because of feelings. It’s all emotional. And it’s actually religious to them. And just like you can’t tell a Christian that what he believes is wrong…

He’s not gonna believe you if he’s devout, if he’s devoted to the faith. It’s the same thing with liberals. It’s their religion. You can’t tell them you’re wrong. And that’s why they want you to shut up. You don’t have the right to tell ’em they’re wrong. They don’t want to hear it. And that’s why political correctness was created to shut you up so they don’t have to listen to it. So that’s why dealing with them is so tough. They don’t think. They never have.