The Watergate Analogy Applies to Obama, Not Trump

RUSH: So I said earlier that Drive-Bys and the Democrats only have past experience to go on, to build on. You know, I’ve mentioned this a couple of times, but I want to hammer this because it’s really, really the truth. The Drive-By Media, the entire journalism community, since Watergate, has been attempting to make it happen again. I mean, it was a seminal moment. The media was able to get rid of a duly elected president, Richard Nixon.

How did they do it? 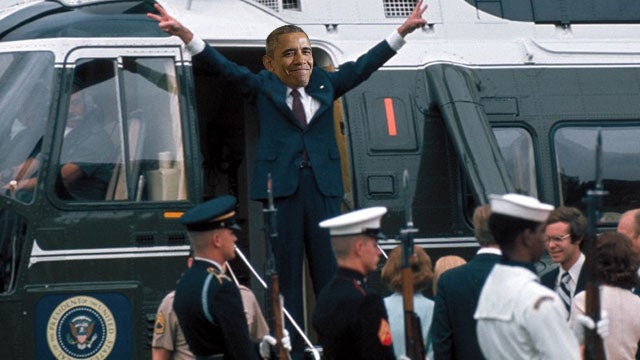 Well, they did it by forcing him to resign, and they did that by seeing to it that he was losing the support of the American people. How did they do that? They did it with never-ending innuendo over Watergate. And by the time it all crescendoed, nobody even really remembered what Watergate was. They just thought it was rotten and that Nixon was behind it and that Nixon tried to cheat the Democrats out of the election — and, for that, he had to go.

Ever since then the media has been desiring to relive that moment. All new, young journalists… In fact, it was Watergate and 60 Minutes that made so many young journalists want to go into the business in the first place. But once a formative experience like that happens, they want it to happen again and again. They want to relive it. This generation of journalists wants their Watergate. They want to be able to say that they got rid of a duly elected president that they hate.

The American people do not hate Trump, yet, but they’re doing their best to make the American people hate Trump. And believe me when I tell you there are many in the Drive-By Media who are trying to relive this — or, in their cases, live it for the first time. It’s kind of like you throw an impromptu party on a Saturday night, it goes great. You say, “You know what? Let’s do it next Saturday.” You try, but it’s never the same. It never as fun, never as magical as when it was spontaneous.

Their creativity is such that they do everything according to the rubric, narrative, model, what have you. And so this is what they’re trying to do. So what’s the claim against Trump versus the claim against Nixon? Well, “the Plumbers” went into the offices of the Democrat National Committee at Watergate. The head of the Democrat National Committee at the time was a guy named Lawrence O’Brien, and these Plumbers went in there and they left evidence of their presence. They put masking tape over the locks on the door so that when they left, the doors would not lock so they could get back in.

Their original purpose, as far as anybody knows, was to plant listening devices in the offices of the Democrat National Committee. And they failed. And when it became known what had happened… Remember, it was a “third-rate burglary” and the media just wouldn’t let it go, and they kept building it up, and they built it up to something in people’s minds was far more than the third-rate burglary. And it ended up that Nixon didn’t want to sell his people out.

Nixon was simply trying to arrange, I think, for some money for some of these people to be able to mount a defense and so forth. He played it wrong. But in terms of what they did, Nixon didn’t know anything about this when it had happened. He didn’t order it or any of that. But now let’s look at what has happened here. The Barack Obama administration not only tried to bug the Trump campaign, they succeeded. The Obama administration succeeded in planting an informant in the Trump campaign.

None of it corroborated.

None of it verified.

This, too, was ordered by people in the Obama administration. So if you want to draw a Watergate parallel, you have to draw the parallel not to Trump. Trump hasn’t bugged anybody. Trump has not planted listening devices. Trump does not have informants. He did not have informants in the Hillary campaign. That was all Obama! Nixon’s Plumbers, they left a bug inside the headquarters; it didn’t work. Obama put an actual human being in Trump’s campaign! Nixon knew nothing about the Plumbers.

But what did Obama know about the mole in the Trump campaign and when did he know it? So if you really want to draw the Watergate analogy, it points right to Barack Obama. Note: None of that is being investigated. Not a single shred of it. Not a morsel of that is being investigated. In fact, I believe that this entire investigation of Trump is actually a cover-up of what the Obama intelligence community — Department of Justice, FBI — did to try to nail Trump during the campaign and to corrupt his transition period after he won the election to destroy or paralyze his presidency.