RUSH: Okay. Google Duplex. Here’s what happened. They demonstrated this earlier this week. Just like Apple, Google has a giant convention every year for their developers and customers to tell ’em what’s new in their operating systems that they may be able to incorporate in their apps, and so forth. Google showed off the latest innovation in what they call Google Assistant, which is their version of Siri, and what they’ve done is rather remarkable. 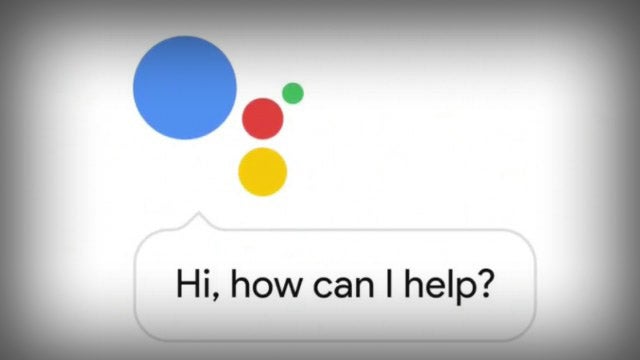 Come back, get a time, robot agrees. The whole time the person a the hair salon never knew she was talking to a robot. It was that real. It was that filled with context. It was able to take a comment made by the person on the phone and go, “Mmm-hmm! Mmm-hmm!” as though, “Okay, I’ll wait. Fine.” It was uncanny. Demonstrated three different calls to show how this is coming. It’s not ready to roll out yet, but they claim it’s gonna be ready to roll out soon. The tech community has had two basic reactions.

The first reaction has been to marvel in disbelief. The second reaction has been, “How dare you! How dare you engage in this kind of action where you can literally fool human beings? This is the epitome of dishonesty! You owe it to these people to tell ’em you’re talking to a robot, Google. You can’t just do this!” And then people started imagining. You know, I’ll give you a great illustration of the potential pitfalls of this. You all know now that the way left tries to destroy media people they don’t like is to create these massive attacks on advertisers.

They flood these advertisers with what are bots claiming to be customers from all over the country, and their texts or their emails or their tweets, and they say they never gonna sponsor, never gonna buy, never gonna patronize until you stop advertising on X program. It’s how they got Glenn Beck off Fox. It’s how they got O’Reilly. They’ve tried it here. We uncovered who they were. There were 10 people involved in the effort to, quote-unquote, Stop Rush.

But imagine every one of those bots being thought of as a real person. Instead of tweet or an email, you are at your business, the XYZ Widget company, and your phone doesn’t stop ringing. You answer it, and every time you pick it up, it is an artificially intelligent robot that you can’t tell the difference from a human being. This robot has been programmed to tell you that your business is gonna burn, your business is gonna lose all of its customers if you keep advertising with X.

If the people receiving the call from the new Google Assistant Duplex do not know that it’s a bot? Pshew! Then I don’t think we can even begin to imagine the potentially negative and fraudulent uses, ’cause it’s not gonna just stop with some guy wanting to use this bot to make a hair appointment to save him the time of having to do it. But some of the criticism has been funny, and it’s been so typical. There was one leftist who criticized this.

(impression) “You know all this is? This is just the elite who don’t want to have to lower themselves to the level of a receptionist. They would rather use a bot than actually talk to somebody so deeply beneath them. This is hardest on the underprivileged and the poor. They will continue to be taken advantage of by these technological advances!” I just had to laugh myself silly. You think the thing wrong with this is that the elite is gonna use this to avoid having to talk to people beneath them?

But stop and think of the example I gave, when every one of these bots that currently bombards wherever the left sends them. Oh, imagine if the Russians get hold of this and instead of never-ending bots and fake advertising, every one of these attacks features different voices made to look like real people calling to complain or advise or promise or threaten or what have you. I heard it. I watched it. And I’m telling you, it was eerie how this Google duplex — essentially an artificial-intelligence robot — was able to sound in every regard including in conversation with a real person like a human being.