Obama’s FBI Infiltrated the Trump Campaign with a Spy

RUSH: Now we move on to another subject that we discussed yesterday. I spent some time putting together three stories: A Kimberly Strassel column from last Friday, a Wall Street Journal editorial yesterday that I’m sure she wrote, and a Washington Post story on Wednesday. They involve Devin Nunes, House Intelligence Committee, demanding to see evidence from the FBI of a source of information and the DOJ — Rod Rosenstein — refusing to let Nunes see this stuff, whatever was ultimately shared was heavily redacted. 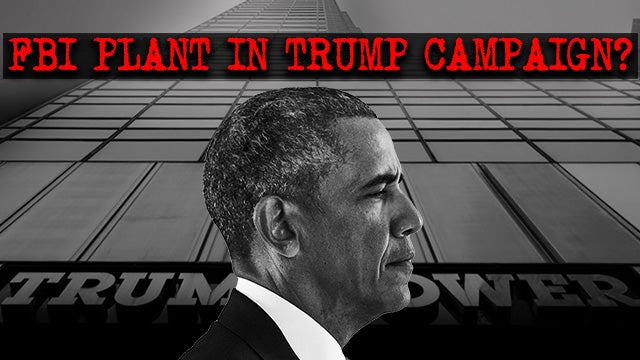 Cutting to the chase here, it led to my belief… Well, was not hard to figure out. It looked like, in fact, the FBI had an informant in the Trump campaign. We still don’t know when, and it will be interesting when we do learn, find out when this plant was implanted in the FBI. Did it happen before the FISA warrant request? Did it happen after? Because when we find out when the FBI put an informant in the Trump campaign, then a lot of other things they have said will either be demonstrated as true or that they have lied to us. 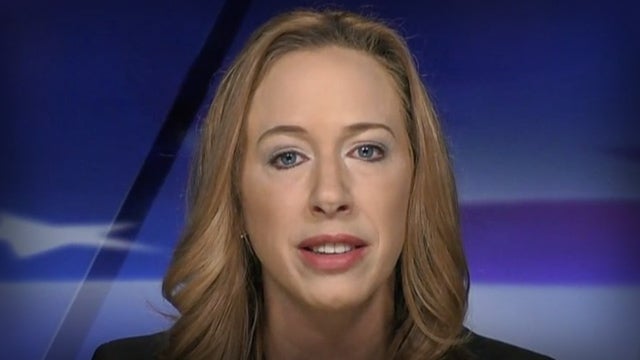 Well, Kimberley Strassel is back today with a column: “About That FBI ‘Source’ — Did the bureau engage in outright spying against the 2016 Trump campaign?” I want to read to you her last paragraph: “I believe I know the name of the informant,” she writes, “but my intelligence sources did not provide it to me and refuse to confirm it. It would therefore be irresponsible to publish” the name of the informant. “But what is clear is that we’ve barely scratched the surface of the FBI’s 2016 behavior, and the country will never get the straight story until President Trump moves to declassify everything possible.

“It’s time to rip off the Band-Aid.” She said, “We also know that among the Justice Department’s stated reasons for not complying with the Nunes subpoena was its worry that to do so might damage international relationships. This suggests the ‘source,'” the spy, the implant, “may be overseas, have ties to foreign intelligence, or both. That’s notable, given the highly suspicious role foreigners have played in this escapade.

“It was an Australian diplomat who reported the [George] Papadopoulos conversation,” when he was liquored up. He made some comment about Trump had having dirt on Hillary and the Russians and so forth. It was a Clinton-donating Australian diplomat who ratted out Papadopoulos. The FBI has said three things. They have said that this whole investigation began with the FISA warrant on Carter Page. Then they said, “No, no, no! It began with the FISA warrant. We found out Trump was colluding.” They said, “No, no, no! It didn’t begin with Carter Page. It began with Papadopoulos.”

We’ve had three different versions of when the FBI investigation began. So they had a plant, they had a spy, they had an informant in the Trump campaign. Now, a lot of people have been speculating who it is. I don’t have any idea, folks. I really don’t. A lot of people think it’s Papadopoulos. Some people think it’s George Nader. I haven’t the slightest idea and I’m content to wait to find out because to me that’s not the point. For our purposes, folks, the important thing is that the Obama administration infiltrated the Trump campaign with a spy.

That’s the important thing. Who it is we will eventually learn. But we don’t need to know who it is to know what the FBI did. When I say “the FBI,” I mean the Obama administration. They infiltrated the Trump campaign with a spy, and while they had that spy implanted, they were unmasking and leaking and obtaining FISA spying warrants and conducting criminal investigations of Trump advisers. This is a big deal. It is a gigantic, big deal. Who the informant was will eventually be learned, as will some other details.

I think if you dig deep, we’d have to conclude that it’s an American that the CIA, the FBI, and no doubt MI5 ran in Britain. And I think it’s probably somebody that Christopher Steele knows. And I think whoever the… I don’t think it’s Papadopoulos. I think the spy… I think they ran the spy on Papadopoulos, and I think they deployed their spy on some of the sources that Christopher Steele worked in prepping his dossier. Remember that Steele did all of his work in Britain. 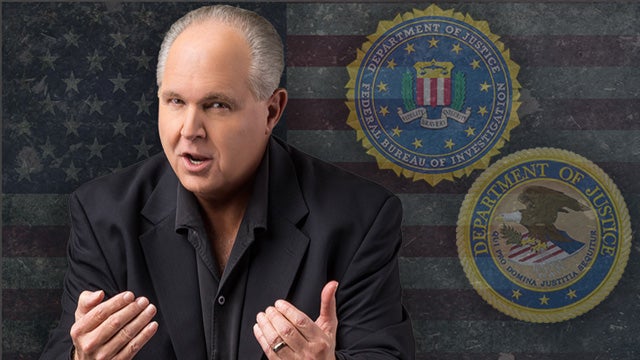 He hasn’t set foot in Russia for 20 years. He was outed in Russia as a British operative in the late nineties, and he has not been able to go back. And all of his sources or the vast majority of them are Russian. So he’s apparently talking to ’em on the phone. I think the spy that the FBI had in the Trump campaign was run on Papadopoulos and some of the sources that Steele worked. Now, all of this made it to Fox & Friends today. We start out here with Pete Hegseth when the show just got going today.

HEGSETH: Rush Limbaugh yesterday had a good take on all of this and these developments. Listen to Rush… 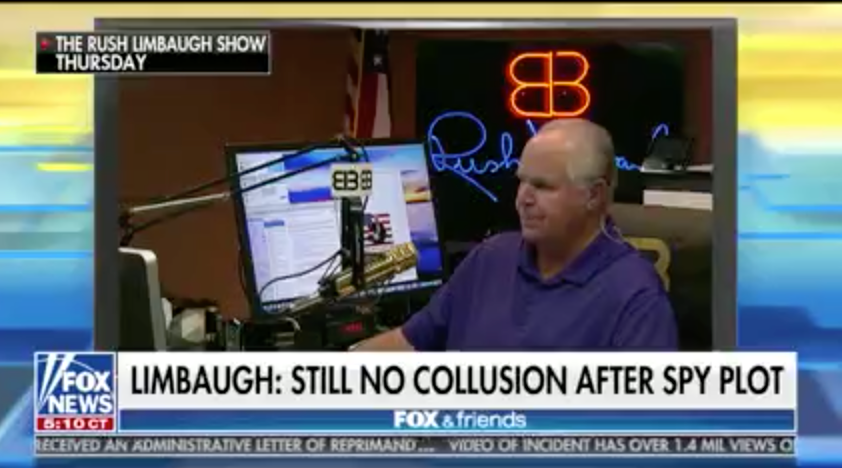 RUSH ARCHIVE: Everybody, now, that’s been studying this is convinced that the FBI did have an informant and that they planted the informant. … So they had somebody in there actually spying, looking for collusion, and they still don’t have any! … [W]hat does it say that they even had the audacity to plant an informant in the presidential campaign of one candidate, not Hillary, but Trump? … [I]t tells you they really believe this nonsense that the Russians and Trump were buddies and were colluding to steal the election. And that just boggles my mind. … This is gonna be one of the most embarrassing periods in the FBI’s history, when all of this is finally revealed and the history of it written. 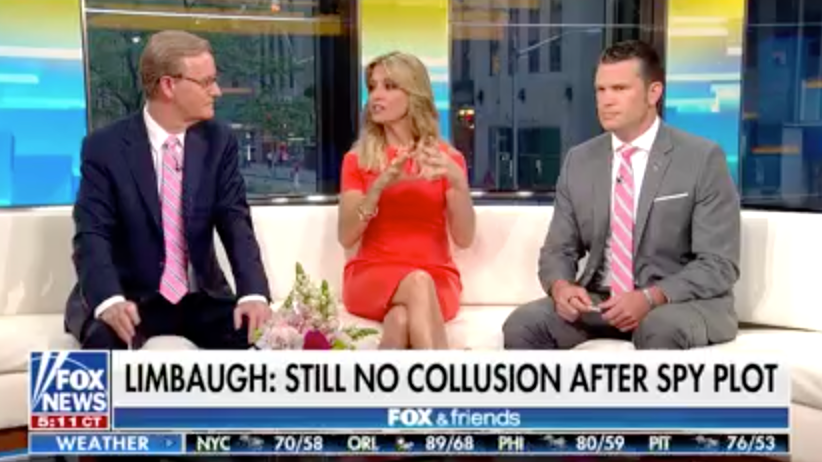 RUSH: Up next was cohost Steve Doocy…

DOOCY: There is one person who can declassify everything with one signature, and the signature would say: “Donald Trump.”

RUSH: Kimberley Strassel makes this observation — and, in fact, in her column today begs, encouraging, pleads with the president to do it. But he don’t do it, does he? The president could declassify — she’s right — everything: The FISA warrant application, who is this informant, who is this spy, when was the spy hired, who actually did it, what’d the spy do. Everything Devin Nunes wants to see, Trump could order it declassified. Why doesn’t he do it?

The DOJ/FBI has been stonewalling on the basis that if they reveal the information, lives could be lost, national security implications. But that’s not why. Just as we’ve learned that the other redactions were simply to cover up embarrassing behavior — by the FBI, by Comey, by McCabe — the odds are here that they’re simply trying to withhold the information from Congress because it’s clarifying! Not because lives are at stake.

Now, Nunes and Gowdy are due back up at the DOJ next week to further the, quote-unquote, “negotiations” to see what they have wanted to see for months that they have been refused. It was yesterday Paul Ryan backed up their request by saying it was “highly appropriate.” When Ryan did that is when the DOJ agreed to take the meeting with Nunes and Gowdy. But the original reporting was that Nunes and Gowdy had been shown this redacted material.

They have not yet been shown that. That, hopefully, will happen next week. The FBI does not want to share it. The DOJ does not want to share it. They’ve been stonewalling on this even under subpoena for months. You can understand why. They’ve hired a spy here! The Obama DOJ hired a spy to spy on the Trump campaign! It’s obvious why they don’t want to give this up. Now, I need to correct myself on something about treaties so this same guy doesn’t call back from yesterday and say he’s embarrassed.

RUSH: We start in Conway, South Carolina. This is Dave. Great to have you on the program, sir. Hello.

CALLER: Thank you. Thank you for taking my call, to you and Snerdley. The point of my call today was, you know, after you can kind of digest what’s gone on the last couple years with this spying and unmasking of people that were associated with Donald Trump, it kind of leads me to another question, as to part of the reason why the uncovering of what’s really going on is being stonewalled and things. I suspect, now that we’ve seen what happens with candidate Trump and now President Trump, I think that he was just the tip of the iceberg. Because you remember in the campaign, the smart donor money was behind Jeb.

And Ted Cruz was making a real run at it. And no one ever talks about or looks at who was looking into those two individuals that were candidates and possibly others. I think by the time this thing’s final over… I think that’s part of the reason that the uncover-y (sic) is being stonewalled is that this goes much deeper than Donald Trump. To the point where I think it may have even entered into some senatorial races over the years, and possibly even into the last campaign, ’cause what’s going on now you never thought in America. Now that we know it has, I’m afraid this may just be the tip of the iceberg and no one’s looking under the other snow caps, if you will. 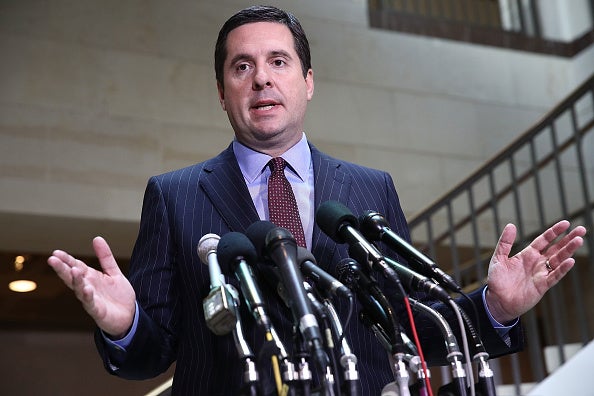 RUSH: Well, except whatever is being requested and denied by Devin Nunes and his committee has nothing to do with the campaign races or any of that. This is strictly about how the FBI has conducted itself and when it did various things that are already known, vis-a-vis the Trump campaign. And they’re not coming forth with that. If there have been FBI spies, if Obama…? I guess that’s what you’re saying. Obama had spies all over Republican campaigns, maybe Hillary, too, and that that stuff is lurking out there waiting to be discovered and Trump wouldn’t want that revealed he read either. Is that what you’re saying?

CALLER: Well, that could really potentially maybe pose some problems for the country. But I think that’s part of the reason some of those inside the Justice Department and the people… You know, the names that we all know. You know, Strzok and, you know, all these other people. I’m just afraid this isn’t the first instance of it, and he is not the first candidate. It’s just no one’s looking at who was maybe unmasking associates of Ted Cruz or Jeb Bush or things like that. No one’s ever…

No one talks about it, no one looks, because that’s not an issue. They’re not the president. My contention is, they could have quite possibly have been — uh, their associates — unmasked. And they themselves, by the unmasking, of course, people are looking at you. And then subsequently you as a candidate are being recorded because they’re supposedly looking at this Russian person or Bolivian or whatever country/excuse they use to unmask somebody. I think that this thing could really be the tip of the iceberg, as I say.

RUSH: Well, it may be, but we don’t know that. But we do know… For our purposes, we do know that it happened with Trump. The rest of that, that’s speculation, wild guess, sounds interesting, but we have no idea. I don’t know why anybody would put a spy into Jeb’s campaign anyway. But… (sigh) I mean, I’m sorry. It’s just my reaction when you said it. I mean, why?