RUSH: I was just watching a little bit of the White House press briefing that is underway at the moment being conducted by Sarah Huckabee Sanders. And guess what? She got two questions. I don’t know who the first question was. I didn’t recognize the reporter.

But then Major Garrett followed up. And the question essentially was, “Mrs. Sanders, have you been reluctant to weigh in on any of these subjects because you might be subject to prosecution for giving false statements? Are you under advice of counsel to not say much, to limit your own liability in –” This is all about the $130,000 payment. They’re asking her, “When did you first know that Trump had told the lawyer to make the payment or whatever. When did you know?” 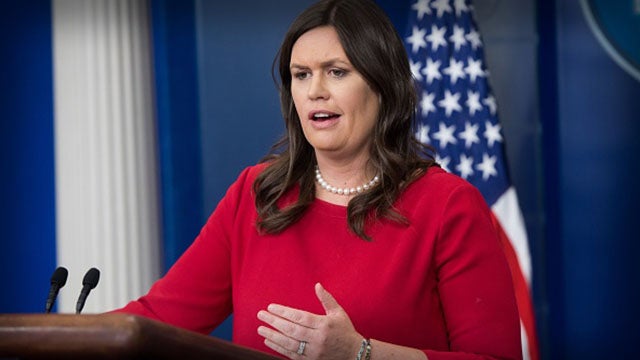 So now they’re zeroing in on Sarah Huckabee Sanders, and they’re trying to make it appear, the press corps, as though she has told lies to them and therefore she might be subject to investigation for having committed perjury to the press corps. That’s how insane this has gotten. A couple of questions attempting to incriminate the press secretary!

Remember what Caputo said. They are out to destroy the president and anybody working with him, anybody who helped him, anybody who’s involved with him at all is also going to be targeted as Caputo was.

RUSH: Now they’re going after Sarah Sanders, “Maybe she lied to us.”

The press corps is the military, if you will, of the Washington establishment.

RUSH: Okay. I checked the email during the break. Somebody wants to know if Sarah Sanders can be held legally liable. There were two questions on that. Again, I didn’t recognize the first reporter, the woman that asked the question. Major Garrett followed up, and he was clearly attempting to imply that she is criminally liable for perjury because she’s telling things that turned out not to be true and so when did you know?

And, folks, this has come up before. Press secretaries cannot be held liable for things. In the first place, the in-house counsel that she has the right to talk to, and then the outside counsel, which is dealing with this whole Stormy Daniels thing, and the outside counsel is Rudy in this case. And it’s obvious that Rudy and Sarah Sanders have not gotten together and coordinated what they’re going to say, so she’s kind of left hanging out there. She can’t speak for what Rudy is saying or doing or even talking to Trump about. She’s not privy to it.