RUSH: Hillary Clinton said that she’s got another excuse for losing, that she was not socialist enough, she was too capitalist. The Atlantic files an editorial asking her to shut up and leave. Just shut up and go away, Hillary.

Here’s Hillary. I mentioned this in the last hour. This is yesterday in New York — sound bite 18 — at something called the Shared Value Leadership Summit. TIME magazine Chief Content Officer, Alan Murray — this guy used to be at the Wall Street Journal. Not that it matters to anything. It’s just I recognize the name. He interviewed former Secretary of State Hillary Clinton. Murray says: “You may be the only presidential candidate since World War Two that actually had to stand up and say, ‘I’m a capitalist.’ Do you think it hurt you?” 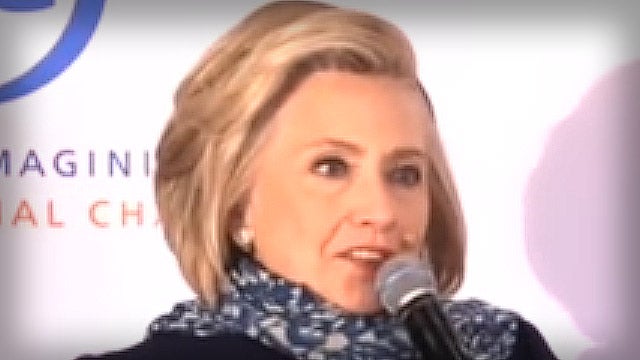 HILLARY: Probably. I mean, you know, it’s hard to know but, I mean, if you’re in the Iowa caucuses and 41% of Democrats are socialists or self-described socialists and I’m asked, “Are you a capitalist?” and I say, “Yes, but with appropriate regulation and appropriate accountability,” you know, that probably gets lost in the, “Oh, my gosh, she’s a capitalist!”

RUSH: It hurt her to say that she was a capitalist. The very fact that the Democrat Party had somebody, a nominee think being a capitalist hurt her! And you know, she may be right! Because one thing Crazy Bernie is and was was an avowed socialist, and so are Crazy Bernie’s supporters. But I find this, you talk about events that are teachable moments.

This question is great. “You may be the only presidential candidate since World War II that actually had to stand up and say I’m a capitalist.” Because there was some doubt. The real point is that being a capitalist in today’s Democrat Party hurt her. I don’t doubt that she’s right. I don’t think that’s why she lost, though. Now, don’t misunderstand.

She lost because she has no appeal beyond the women that are already behind her, in front of her, side by side, for whatever reason. But beyond that, she has no broad based appeal, and she’s got no bond with people, lousy campaign, didn’t go to these places that she needed to go to turn out the vote ’cause of her arrogance. She was a lousy candidate.

But just the fact of having to stand up and admit to being a capitalist and that’s a negative? What should that tell everybody about the Democrat Party? I was watching some people on TV today, “Well, you know,” they said, “you know, Hillary, I could understand this. You know, we have to admit that free markets are sometimes they’re okay, you know, when they’re free, but for the most part, we can’t trust free markets.” I think this is Jessica Tarlov or Jessica Betanov, somebody on Fox, Democrat analyst.