Trump’s New Legal Team Prepares for a Fight — We Hope

RUSH: Here’s Mike, Lighthouse Point, Florida. Great to have you, as you’re up first today on the phones. Welcome, sir.

CALLER: Rush, it’s an honor. Thanks for having me on.

CALLER: Okay. I just want to make a 20-second pitch here, and you can tell me what you think of it. But I think it’s time, it is time for Trump to go on the offensive, use his presidential power to start firing people. I would begin with Rod Rosenstein. He could hold a press conference and tell everybody, “Look, after a year of sitting back on the sidelines and let the investigation run its course, we can all see the system’s rigged. You know, what a surprise. It was like this with Hillary when they let her skate, and it continues now.”

And then he can go further and further and say, “Look, you know, this was supposed to be an investigation about Russian collusion, but yet they’ve only interviewed all of my candidacy and they’ve left the whole Democrats out, and they were half the election. I haven’t seen any requests to interview Hillary or the DNC.” And I would look at the people that Mueller hired, and they’re all, you know, across-the-board Democrats.

And I would say, you know, America’s had enough, a rigged system, and this is rigged on its face. I’ll start with Rosenstein and reappointing somebody who’s gonna look at this fairly ’cause it has to do with national security. And, you know what? A lot of these guys’ names are in the mix. And even Mueller’s name may be involved beforehand.

So I think he’s got the backing of the people. I think 2018’s coming. He may not have the House at a later date. And most of all, this is not going anywhere. This is like Neville Chamberlain sitting back and letting Nazi Germany go away. They are not going away. So I say take ’em now while you got this stuff on your side. What do you think?

RUSH: Well, I think you made a very strong point when you reminded everybody that it was Rosenstein who recommended that Comey be fired. So Trump then follows through on the recommendation. Now, Trump’s got a special counsel because he did it? I mean, that’s why there’s a special counsel. That was the basis on which the Democrats started wailing and moaning. “Hey, that’s obstruction of justice. Hey, you can’t do this.”

So Rosenstein, to mollify the Democrats, after recommending that Trump do what he did, fired Comey, impaneled the special counsel, Mueller and so forth. Obviously you’re correct. The actual collusion with Russians occurred on the Democrat side. The Clintons are in the process right now of rebuilding the Clinton Foundation! That has never been investigated. The Clinton Foundation selling access to Hillary’s future presidency, the Uranium One scandal that the Clintons were involved in.

Now the Clintons are rebuilding, they’re having a big gala, a fundraising gala, they are reestablishing the foundation. It’s obviously about maintaining the Clintons’ perch at the top of the Democrat Party, maybe paving the way for a political future for Chelsea. And any number of other points you made have validity.

Also I want to tell you this. Another Trump lawyer has just resigned. And this is news in the last half hour. Ty Cobb has resigned, and Trump has already replaced him with some guy named Emmet something or other. Now, this Emmet something or other defended Bill Clinton during his impeachment. Now, what apparently is going on here is that Trump’s legal team — and I’m inferring this from some of the coverage, so this could be wrong. I don’t think it is.

But you’ve had Dowd who resigned. Now Ty Cobb is resigning. And the inference is that Trump’s legal team has been proceeding on a basis or a strategy of cooperation with Mueller and that now that they are seeing Mueller is not interested in cooperation, they’re resigning, they’re quitting. And when I saw this, I said, “What idiot thought the way to deal with this was cooperation?”

Now, there’s all kinds of different people in the world, and they have different strategies or philosophies with dealing with adversity here. But on what basis did anybody think cooperating with Mueller would somehow make it okay for Trump? The only reason this exists is to get Trump. The only reason this is happening is to get Trump. And if Trump’s lawyers didn’t see that, if Trump’s lawyers really bought even a small portion that “this is really about Russian collusion,” my God, folks, what a disservice.

And they’ve realized now that cooperating with Mueller, the strategy has failed. Again, I’m not asserting with ontological certitude that that’s the case. Just a couple things that I have read lead me to that inferential — I’m inferring, in other words — conclusion. And if it’s true, it stupefies me.

But look. Some of the other points that you made the, ignoring the Democrats on this if we’re actually looking at Russian collusion, no effort whatsoever to get to the bottom of any real potential criminal activity. And yet here two years, and nothing has been overturned, nothing’s been turned up, nothing’s been found. And yet it all continues.

And really the underlying thing here is that Mueller is acting like he runs the executive branch and Trump is subservient to him. You cannot have a functioning presidency this way. You cannot have a functioning presidency if it’s gonna be constantly under investigation for what the president’s thinking or what the president was thinking or whether or not the president’s creating crimes by virtue of exercising his constitutional authority. Kim Strassel had this right last week. 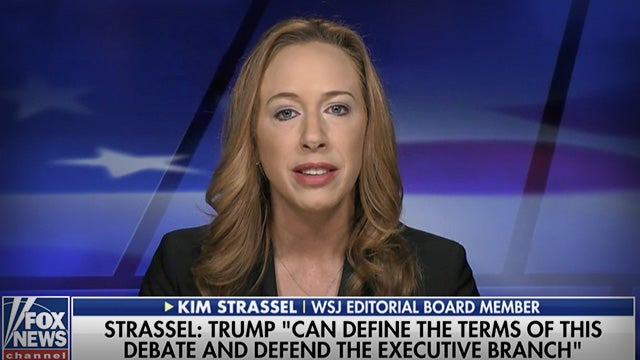 In other words, get a fighting legal team in there to challenge the whole premise of this! And that’s what our previous caller basically wants to happen here with Rosenstein getting canned. Now, Rosenstein, the House Republicans are threatening to impeach Rosenstein. Because he’s not doing his job. He’s not providing any oversight over Mueller whatsoever. And, Rosenstein is delaying in supplying requested information that this committee has asked from the FBI, DOJ. Rosenstein is slow walking, not delivering any of it.

And so Mark Meadows and the House Freedom Caucus are suggesting that maybe we need to impeach this guy. So Rosenstein’s out (paraphrasing), “I will not be extorted. I will not be treated this way.” And Mark Meadows tweeted, “What do you mean, extortion? We’re going after you because you’re incompetent. You’re not doing your job! If you’re not gonna do your job, we need to get somebody in there who will!” Pure and simple.

There’s a lot of frustration over what’s happening. It’s a full two years that this whole premise has been under investigation. There isn’t anything. So when does this end? If the original premise — and remember there was no crime — if the original premise is Trump colluded with Russia and in two years they haven’t found a morsel, a shred of anything, and the only thing they’ve got is a phony political opposition research document that entered the American news cycle by virtue of a scandal involving the intelligence community and CNN and the FBI director, while over here all of the collusion that the Clinton campaign had to conduct with Russia is being ignored, it’s very, very relevant to be asking what the hell is going on? 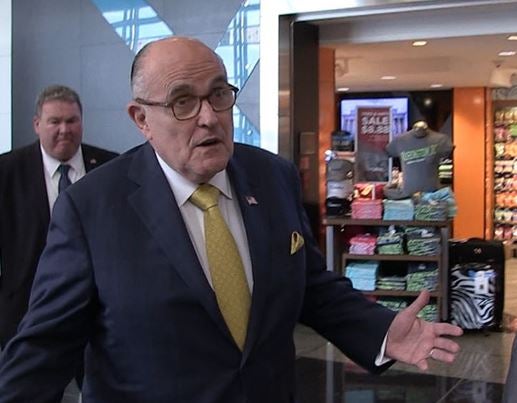 RUSH: The Washington Post is quoting Rudy Giuliani as saying Trump interview with Mueller would be two or three hours at most. Mueller only needs 10 minutes. What the hell is…? “Trump interview” as though he’s gonna do it? Something…? This is not. It’s the Washington Post. I’m gonna wait. I’m gonna wait ’til I actually understand what that’s about. I cannot… The clear implication…

No, it’s an inference. I’m inferring from this that Giuliani says, “Yeah, we might talk to the guy, but it’s not gonna take more than two to three hours.” You know, word persists that Trump wants to do it. It would be the biggest mistake of his presidency to do this. Even on the outside chance that it… Pshew! It’s not worth the risk. It just isn’t worth the risk. Anyway, any more on that and we will share details.

I mentioned at the top of the program that I wanted to spend some time with an object lesson to the media again regarding the Apple iPhone and their quarterly earnings report yesterday, which just totally, 1000% blew the media and its contention in the past two months out of the water.