RUSH: Bill Cosby found guilty, three counts of aggravated sexual abuse with intent to screw. Now, who is gonna be more nervous after all this, Harvey Weinstein or Bill Clinton? Take your pick.

RUSH: Bill Cosby has been found guilty on three counts of aggravated sexual assault with intent to screw. And of course my question is, who out there is now more nervous than you can possibly imagine, Harvey Weinstein or Bill Clinton? And I’m sure there’s some other names you might be able to add to the list out there. 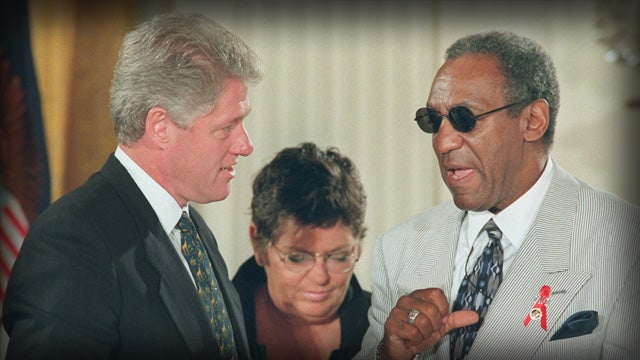 Cosby’s lawyer, this Mesereau guy, fell asleep yesterday in court. I also understand that the #MeToo movement is trying to claim a scalp here, they’re trying to claim credit for this. You know, go ahead, if that’s what you want to do, but this Cosby stuff predates #MeToo. It may end up being that Cosby’s a piker compared to Weinstein and Bill Clinton. We’ll just have to wait and see how this all fleshes out.

RUSH: Look at that. Gloria Allred has already found the cameras and microphones outside the Cosby courthouse. Greetings, and welcome back. Okay. Cosby kind of lost it moments ago in court. This is outside Philadelphia. CNN’s correspondent Jean Casarez reported that this happened during the post-trial bail argument. What’s going on here, of course, the government is going to demand that Cosby be kept in jail and not be let out on bail, and of course Cosby and his team are gonna say, “To hell with that, we want to stay free.” And here is the report and CNN on what happened.

CASAREZ: The state attorney said, “Your Honor, we believe he’s a flight risk. He has a private plane.” At that point Bill Cosby stood up, looked at the state attorney and said in loud, booming voice, “He doesn’t have a plane, you (bleep) hole.” It was loud. It was strong. His PR representative came over to Bill Cosby to try to calm him down. And the judge was actually on the side of Bill Cosby. “You give me facts if he’s gonna be a flight risk. I don’t see it.”

RUSH: So the state attorney said that Cosby’s a flight risk ’cause he has a private plane. Cosby stands up, “I don’t have a private plane, you butthole,” only he didn’t say “butt.” And so Cosby’s PR agent in the courtroom came over to calm him down. And the judge ends up saying “Mr. State attorney, you say he’s flight risk, but I haven’t seen any evidence that you’ve presented to suggest that he is.” So I don’t know how the thing ended up, but that’s what was reported.