The Other America: Trump Carries on with His Agenda 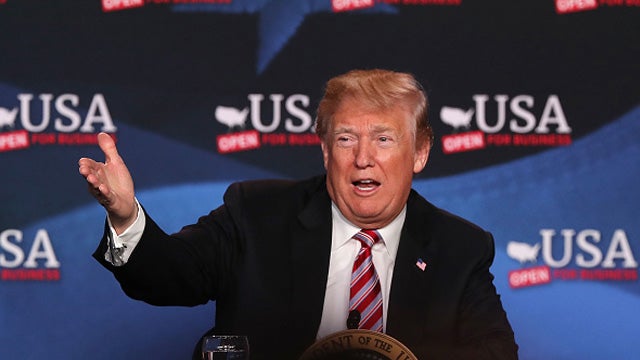 They’re not written about; they’re not talked about. It is assumed that that country doesn’t exist. The media portrays a country where everybody hates Trump, everybody regrets voting for Trump, everybody can’t wait for the Democrats to win. But that’s not the other half or whatever percentage. These roundtables, it’s kind of like they’re surreal. If your only exposure to the country is through the Drive-By Media, then you hear this kind of thing, you will obviously be a little surprised. Here’s a couple examples…

THE PRESIDENT: Are there any Hispanics in the room?

THE PRESIDENT: No, I doubt that.

THE PRESIDENT: For Hispanics — think of it — lowest level employment rates. For African-Americans, the lowest level ever recorded. And I’m really proud of it.

RUSH: And it’s all true! It doesn’t get reported. It’s absolutely true. The lowest level of unemployment since 1973 for African-Americans. Ditto, Hispanic-Americans. It doesn’t get reported. But it’s happening out there in that half of America. But in the other half of America, what’s the media doing? They’re making everybody hysterical! It seems like if not every day, every week there is something new to be hysterical about. 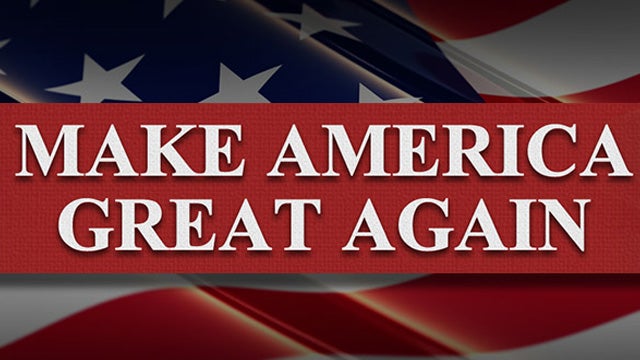 Either a new development in the collusion story, a new development with Mueller, a new development with Trump’s lawyer Cohen. Whatever it is, you can make book on the fact there’s gonna be something new that’s gonna make the other side literally hysterical. Doesn’t matter. And they fall for it hook, line, and sinker every time the media plays the card. Over here, everything’s normal as can be. We’ve got a president working on rebuilding the economy; it’s working.

At this roundtable, a young Hispanic guy got up and talked about his business that he started from the trunk of his car selling things to gas stations. You know, gas stations that have full-service sell trinkets and stuff that gas stations sell along with gasoline and other things. He started a business supplying them and now has a whole bunch of employees, and he’s at this little roundtable and he’s standing up proud as he can be of his business, and he’s telling Trump nowhere in the world but America could he have done what he has done.

He’s proud, he’s happy, and the crowd’s applauding. (clapping) That’s what this little roundtable is about. It’s about celebrating entrepreneurism, people who are making their way in the world, how things are working, how Trump’s tax cuts are helping people to do this. None of it was on TV today. Normally Trump goes out, does a roundtable, you get some of it. There hasn’t been any of it because it’s all Comey all the time.

RUSH: Grab audio sound bite number 22. Great to have you, folks, El Rushbo and the EIB Network where I am having more fun than a human being should be allowed to have. I do it each and every day. I’ve been doing this since I was 16 years old, and I still look forward to it every day when I get up. I look forward to it the night before. Do you know how lucky that is? That’s blessed. Anyway, here we are. 800-282-2882 if you want to be on the program. The email address, ElRushbo@eibnet.us.

Here is the guy I was talking about that was at the Trump tax reform Business Roundtable out there down in Hialeah, Florida, today. I mistakenly referred this guy as a young guy. He’s actually 60. He’s been doing his business for a long time. My name is Maximo Alvarez. And he wanted to tell Trump about the business he started in the trunk of his car. 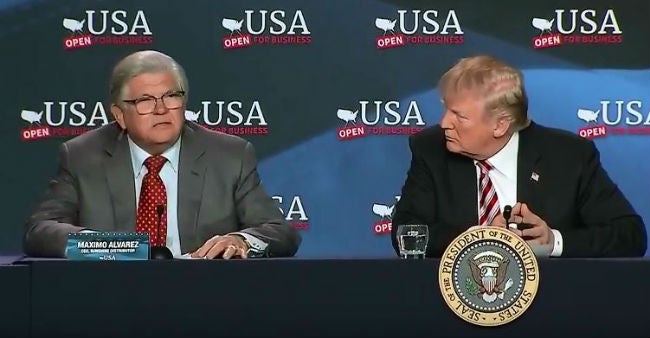 ALVAREZ: It’s a story of many, many millions of people who come to this country to look for an opportunity, and our president has now restored the capacity of people like me, that started a business from the trunk of our cars to become a very prominent company where we impact over 50, 40,000 families. And thank you, Mr. President. I’m very happy that right before he was elected, we had a town hall meeting and I took the liberty of electing him, I said, “We’re going to elect you in November, and we’re going to see you soon.” My God, I look prophetic today.

RUSH: It is a shame that we refer to this as the other America. But in the current media landscape of today, this is the other America. The America the media reports on is the America that hates Trump, that regrets voting Trump, that can’t wait ’til Trump’s replaced, and the media’s all about the efforts underway to get rid of Trump. And it’s made to look like that’s what the entire country wants to do.

So, anyway, Trump is carrying on, and he is highlighting elements of his agenda that are succeeding and improving life for people, just keeps plugging away at it. I was telling some people over the weekend, you invariably have people who think Trump should do this differently or that differently, some people think Trump should think of resigning, I mean, it runs the gamut. And I say to every one of them, “Let me ask you a question. Do you think you could put up with one week of what Donald Trump has endured for over two years now?”

Every day you get up, every day you get up and they’re trying to destroy you. The Department of Justice of the United States, the CIA, the FBI, the NSA, the global intelligence agency, trying to destroy you. Every day there’s 15,000 news stories about what a reprobate you are. How long could you put up with that? And I’m stunned how few people personalize it that way. I’m struck. Maybe if you’ve never been through it, it doesn’t cross your mind, I don’t know. But it does mine, and I can tell you, I don’t know anybody who could put up with this and not be sidetracked and not be derailed.

I don’t know anybody who would not be so embittered that wouldn’t have lost sight of the agenda by now. Let’s be honest about Trump. Trump is like everybody else; he wants to be loved. He does. Trump wants to be overwhelmingly popular. And I think in some ways, Trump tells himself that he actually is. And he just doesn’t believe some of this negative stuff.

I told you the example, the Turning Point USA little seminar they had at the White House, and the guy, Charlie Kirk leading it says, “Mr. President, what can you do to help us with all the Trump hatred and anti-Trump bias on campus?” Trump said, “That’s really overrated. I don’t think there’s that much of it.” Heh-heh-heh-heh. That’s how he deals with it. He just doesn’t let it in and he doesn’t process it.

Most people can’t stand a sentence of criticism if it happens to ’em in the newspaper.