RUSH: Bob McNair, who is the owner of the Houston Texans, do you remember what Bob McNair said during the kerfuffle about players kneeling during the national anthem, disrespecting the American flag? McNair made a comment that he thought the inmates were running the prison and it was time for the owners to reassert themselves and their control over league, because, after all, they are the owners. 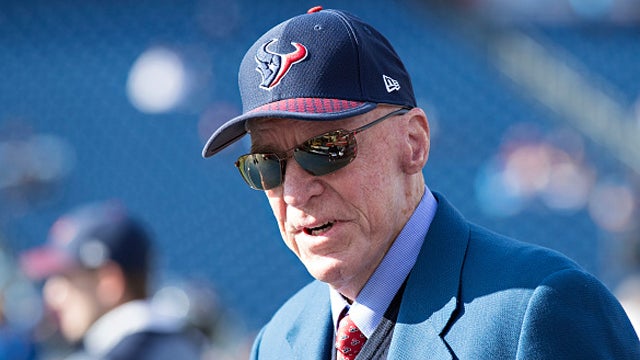 He wasn’t talking about the players. And he said he now regrets apologizing. It was in a Wall Street Journal interview. “The main thing I regret is apologizing. I really didn’t have anything to apologize for.” But he got caught up in the whole idea he was talking about players. And of course the phrase is you don’t let the inmates run the asylum. But when he said prison instead of asylum it gave the leftists a beeline to say, “See, he’s racist, ’cause about 75% of the league is African-American and he thinks they’re in prison or should be, obviously the guy’s a racist.