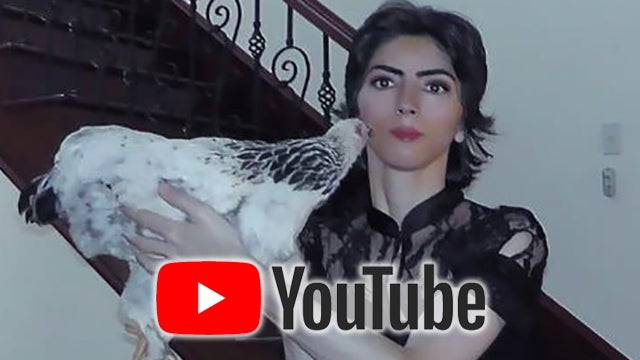 And I’ll tell you, folks, I have never seen the Drive-By Media move on from a story any faster than they have tried to move on from this one. Because when they thought they knew what this was about, it just fit their bill. And then as details came forward as we began to learn about the shooter and the reasons, the Drive-Bys said, “Well, there’s nothing really to see here.” And they have moved on.

RUSH: The shooter at YouTube incident is big for totally different reasons because mainly it blows to smithereens liberal theory about who picks up guns and who uses them and why.

I mean, this is a woman, a vegan, an animal rights activist. She’s supposedly the definition of liberal utopian pacifist. A Muslim, she’s from Iran. We don’t know if her parents are legal or not. She could be a DREAMer, for all we know. Or could have been, because she perished. She shot herself. The original report was that she had a spat with a boyfriend or some such thing, and it turned out that wasn’t the case. She was mad at YouTube for its censorship of her brilliance, the videos that she had submitted, and so she went to YouTube’s headquarters to let them know how she felt about it. A person desperate for social media exposure. 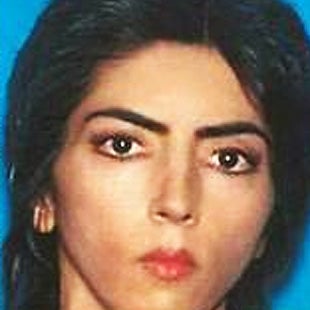 This woman, by the way, is the extreme case of something that I have shared with you over the course of many moons about social media, that it creates this unrealistic desire and quest for fame, that everybody on social media lies. Well, not everybody. But there’s a lot of people lying about how exciting their lives are and how much fun they are having and all the stars and celebrities they know and hang with, and they write about this. And then most people whose lives are dull and boring read this and say, “Hey, what am I missing? This is not fair.” And they want it.

They want the fame, they want to be on a red carpet at some movie opening, find out what that’s like. They want to be going to all these parties because they think celebrity and fame is one big party. And then when the whole notion of fame gets its hooks in people, in most cases those people are finished. Most people can’t handle it, particularly those who seek it.

Those to whom fame occurs after having done something remarkable or having achieved something great or accomplished something, if the fame is attached to something substantive, that’s one thing. But if you want to be famous just to be famous because of what you think fame is, you are going to be, in the end, disappointed, depressed, you’re gonna develop an inferiority complex, and your entire worldview, what you think makes good, bad, happiness, sadness, is gonna come crushing down on you.

And this woman is the epitome of that which I, your host, have been afraid of. I haven’t actually been afraid. You know, I don’t run around cowering and shaking, but it’s bothered me. I care deeply about our culture. I dare deeply about our society, the values. You care deeply about how kids are growing up, what they’re being taught, because one day they’re gonna be the adults in charge of everything. And that’s why this stuff worries me.

Look at this woman. After-Death Attention Syndrome. After-Death Attention Disorder. A person desperate for social media exposure shoots herself and others at YouTube headquarters. She wanted to leave this life with as much exposure as possible. She was not getting the attention she craved in life. She thought YouTube was denying her her fame and her getting noticed. So she made arrangements in death.

In truth, she should be denied as much attention as possible so that others don’t come across the same idea, figure out this is a way to get what they desperately want. After-Death Attention Syndrome. It is a final destructive, grandiose act of self-absorption. Massive attention after they die is the reward for some of these people, and they don’t even know they’re getting it. They die in that fleeting moment hoping that it happens, but they will never know.

Social media, I don’t think anything’s new under the sun. I don’t think there’s new kinds of debauchery. We’ve always had debauchery. I don’t think there’s any new kind of perversion out there. Every kind of perversion known to exist is mentioned in the Bible. What social media does is amplify it and make it look normal, make it look widespread, make it look common. It exacerbates these issues for people desperate for fame and attention. Like some people are even willing to upload recordings of themselves snorting condoms. We have a PSA on that, by the way, for you mothers, so stand by for that.

RUSH: The 39-year-old female, San Diego resident, Nasim Aghdam, maybe from Iran, not clear, but she was ultra-left-wing, angry, a vegan, a PETA protester, animal rights activist, non-NRA member and, by the way, she used a pistol — I guess it was an assault pistol that she used to shoot herself and several others. 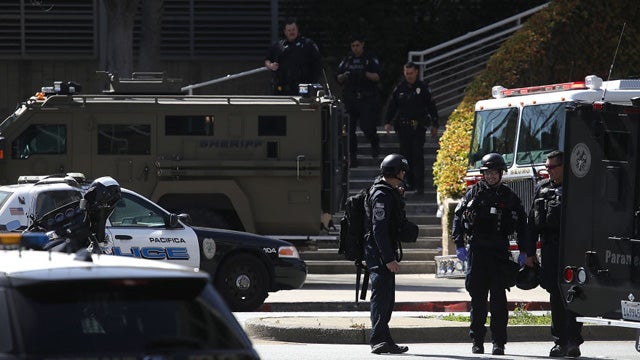 Get this. Police officers located her yesterday morning, questioned her in a parking lot and let her go. What, did some of the fired people from the Broward sheriff’s office end up being hired out at YouTube? They questioned her and let her go hours before the shooting. Female, left-wing, angry, social media obsessed, was in possession of a pistol. Police were warned. Where have we heard this before?

RUSH: As far as the YouTube shooter is concerned, both her father and her mother claimed they warned the police about her. The police encountered the babe in the parking lot at YouTube. They called the father after they stopped her. They told the father everything was under control. They thought they had the situation well under control, because the father had warned them that his daughter might be unhinged, ticked off at YouTube for denying her fame, freedom of speech, what have you.

What are the odds? I don’t know this. I mean, I’m just throwing things out. But this seems to happen. The perps are identified, family members of the perps tell the cops, any number of other people tell the cops, the cops go investigate, the cops talk to the perp and they do nothing and then the perp goes out and starts firing away. What is it? Were the cops afraid of a lawsuit from this babe ’cause she’s obviously a liberal activist? I don’t know. Just throwing things out there.

RUSH: Danny in Salt Lake City. You’re next. I’m really glad that you were patient. Hi.

CALLER: Hey, Rush. Thanks for taking my call and for being the corrector of my kids’ education. You make a huge difference in our family.

CALLER: I wanted to address, we keep hearing that, you know, the family members of these shooters are calling the police, warning them ahead of time, but it just seems to me that doing that kind of creates lake precrime mentality like we’re calling the police for something that hasn’t happened yet, and I’m just worried — I mean, obviously, you know, the shooter did something wrong, but I’m just worried that it might create kind of a social mentality that we can just call the police whenever we’re uncomfortable with somebody and expect the police to look into it. Does that make sense?

RUSH: Yeah. I know exactly what you’re saying, and it’s actually a good thought for an amateur caller.

RUSH: (laughing) No. Here’s what he’s saying. This After-Death Attention Disorder shooter — that’s what I call her — After-Death Attention Disorder shooter out at YouTube, it turns out that her dad had warned the cops there was something wrong with her, and the cops found her on the YouTube campus before the shooting, and they talked to her, and they thought everything was okay. And after that she goes and says what she does. And you’re saying, if we allow the cops to nab people just because their parents say they might do something, then who in the world is gonna be safe? 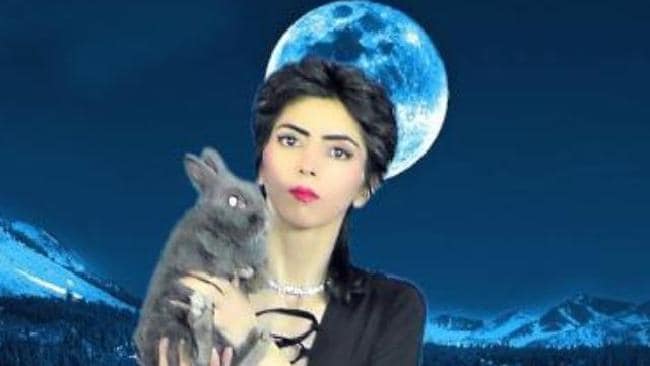 RUSH: All you have to have is some left-wing radical saying, “I just saw Rush Limbaugh in the grocery store, and it looked like he was pretending the cucumbers were a gun.” So here come the cops to nab Rush Limbaugh from the cucumber section and put him jail. That kind of stuff is what you’re afraid of, right?

CALLER: Right, right, and for any reason at all. I mean, you know, my wife could be mad at me one day and call —

CALLER: (laughing) Well, I don’t know. She gets mad all the time. But, you know, I worry that it would create a mentality that we can call the police and just expect them to, you know, put up an investigation for something that might not even happen. Obviously in this case something did.

RUSH: Yeah, no, this is a good point. The reason why it’s resonating is really because of the shooter down at Marjory Stoneman Douglas, this Cruz fellow. There were 66 warnings or indications that this guy was gonna explode and do something, and two people specifically told cops they were afraid that he was gonna go to the school and shoot it up.

RUSH: And nobody did anything. And then when he did start shooting it up, the authorities stayed outside securing the perimeter. So in an incident like that, where 17 people died, the frustrations normal and understandable. Here you’ve got this woman going bonkers at YouTube all because they wouldn’t let her be famous anymore. That’s the way she saw it.

RUSH: It’s the old argument, how do you apprehend people before they commit the crime?

CALLER: Right. And I’m not saying that we shouldn’t call the police or that they shouldn’t look into it. I’m worried people will take it to the extreme and make false calls now.

RUSH: I think in this case we’re dealing with people who made threats, you know, it’s not people just acting weirdly. They’re actually making threats.

RUSH: And I guarantee you, law enforcement would tell you that they would love to have a provision to detain people like that for a while. Not put ’em in jail as though they’re guilty, but just detain ’em, cool off period, analysis, examination period or what have you. If you’ve got specific warnings and enough of them that you know it’s not some crackpot trying to get somebody in trouble, I’m sure law enforcement would like it. But, yeah, your point is an excellent one, actually. ‘Cause we wouldn’t want anybody to be able to be nabbed just because somebody, even a family member, is fingering them when they haven’t really done anything yet.

I still want to point out the Drive-Bys have dropped this incident faster than anything I’ve seen. When they found out the shooter was a woman, a Muslim, an animal rights activist, basically a left-wing radical, they dropped this babe. Brian Ross is not out there trying to find out if she’s a member of the Tea Party, any of that, for example.