Stormy Lays an Egg on 60 Minutes

RUSH: So I watched it last night, and Kathryn could not believe — you know, I’m sending her text messages, she’s watching in another room, it’s one of the dogs’ birthdays, and so she’s in there with one of the dogs and I started sending her notes about the interview on 60 Minutes. 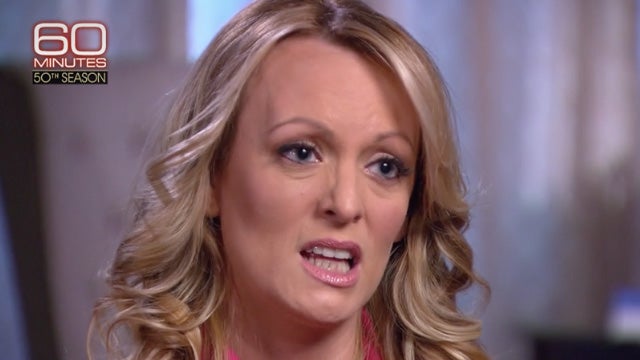 And you know what else? Can you imagine how in Africa last night they had to be sweating it out? I mean, they had to be sweating bullets ’cause the last time an American president was alleged to have had an affair he started bombing aspirin factories over there. For you young-uns, that would be William Jefferson Blythe Clinton. That was during the Lewinsky escapade, and not only did he bomb an aspirin — it was actually a Tylenol factory in Africa. He also sent a missile into an office building in Baghdad on a Saturday night when the only guy there that got blown to bits was a custodian, a janitor.

So greetings. Great to have you. Rush Limbaugh and the EIB Network. 800-282-2882 if you want to be on the program. The email address, ElRushbo@eibnet.us.

That ended up being the main thrust. The babe says they had sex one time. She signed three different affidavits claiming they never had sex, so she has admitted lying one way or the other on this. Three different affidavits. She starts out saying, “Hey, I’m not #MeToo. I’m not a victim here. I don’t want anybody associating me with that.” And at the end of the interview she starts talking about how she was bullied and so forth.

This thing, the left, I don’t know what they thought they had in this. But it was a dud, given the expectations. You know, this lawyer that she’s got has been running around talking about secret this and secret that, something on a disk, maybe pictures or something in a safe. And so the thing airs last night, and then after it’s over the lawyer says, “This is only phase one.”

Hey, bud, phase two nobody’s gonna see. You gotta launch everything you got. Even Stormy Daniels knows this. You gotta give it everything you got the first go round ’cause nobody’s gonna care about the second one if the first one is a bomb. And it really ended up where the guests that Anderson Cooper brought in, that 60 Minutes brought in to buttress her story, was over the $130,000 and now it could qualify as a campaign finance violation.

And then they brought somebody on to say, “Yeah, this could easily end up over in Robert Mueller’s investigation.” And at that point it became crystal clear what this was, and it’s not at all what it was promoted to be. We were expecting all kinds of salaciousness and dirt and all of this. And, I mean, it had that, don’t misunderstand. I’m just talking about versus the expectations. 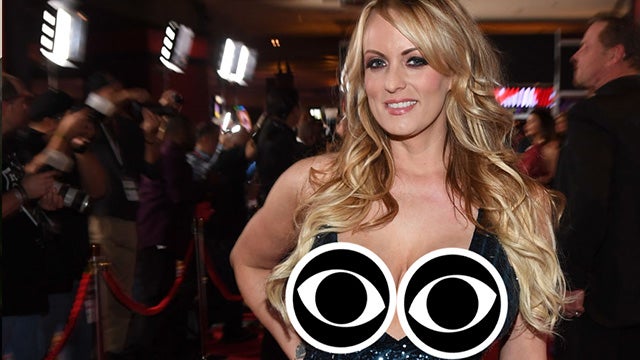 You know, “I’m Joe Schmo, politics unusual, and I approved this message.” That kind of thing.

RUSH: Now, I want to finish one other thing here about the Stormy Daniels business, because it’s a teachable moment. The Democrats and the media rev this all up as though some kind of dirty, salacious sexual encounter is going to be detailed, and then when they’ve got everybody’s attention, they throw it off into another area like campaign finance violation.

I want you to listen to this. This is Anderson Cooper from the interview with Stormy Daniels last night, and this is the point in the interview where they toss this off as maybe being of real interest to the independent counsel looking into collusion between Trump and Russia, which, by the way, Trump has expelled 60 Russian spies and closed the Russian consulate in Seattle.

He announced that this morning. The reason is because of the Russians’ involvement using poison to kill somebody on British soil. Trump’s standing firm with our great ally, the United Kingdom, and he’s expelling 60 Russian spies and closing the consulate in Seattle.

COOPER: There is another scenario that could present a problem for the president. Special counsel Robert Mueller’s inquiry into Russian interference in the 2016 election. 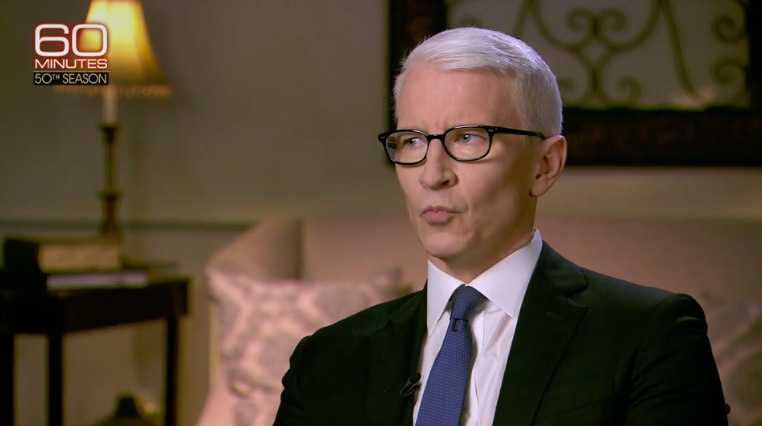 COOPER: In March the Washington Post reported that the special counsel has examined episodes involving Michael Cohen, including his efforts to launch a Trump branded project in Moscow in the fall of 2015, when Mr. Trump was seeking the Republican nomination. Is there any way that special counsel Robert Mueller could investigate the Stormy Daniels payment?

POTTER: Yeah. That’s the wild card here. Mr. Cohen is in the middle of a place that’s of great interest to the special counsel.

RUSH: All right. I watched this, I saw this, and I just started laughing. Are you guys serious? So now even this is gonna end up in the lap of Robert Mueller and his 15 or 16 Democrat lawyer investigators. And this guy Potter, what’s his name, Trevor Potter, he is the former commissioner and chairman of the Federal Election Commission. “Yeah, that’s the wild card here, Mr. Cohen’s in the middle of a place that’s of great interest to the special counsel.” So grasping at straws.

Now, I had a piece here also by a female reporter at Entertainment Weekly. You know, I’m fascinated by various people’s interpretations of things. So here you have a female, obviously left-wing journalist, and she’s watching this thing last night. And you know what her main take-away was? Get this.

“Of everything that came out of this 60 Minutes segment,” Daniels says that she “was threatened in a parking garage by someone telling her to ‘leave Trump alone,'” and that “by allowing his lawyer to pay Daniels $130,000 in hush money,” Trump may have violated campaign finance laws. But “the most upsetting thing of all, for me at least, were those three words: You deserve this. Hearing that a 27-year-old woman –” that’s how old Stormy was at the time she had the dalliance supposedly with Trump. “Hearing that a 27-year-old woman, even one who makes porn films, would assume that a powerful 60-year-old man was entitled to sex with her because she flirted and exercised poor judgment? That’s almost as depressing as the fact that the aforementioned man is now the leader of the free world.”

So this female writer at Entertainment Weekly was distressed that Stormy Daniels, at age 27, thought she deserved whatever happened to her just because she bit on the interest of a 60-year-old guy. So her point is, man, what low self-esteem. This is so bad. She thought she deserved what happened to her because she was convinced that she had done something wrong and it was very depressing.

So of all the things — how many of you had that take on it? I don’t know how many. Very, very few. But that’s probably right out of the #MeToo way of thinking. The ultimate point is that they did not get out of this thing what they wanted to get. And I have not forgotten Savannah Guthrie, audio sound bite No. 18. Here she is on the Today show today talking to the lawyer for Stormy Daniels, Michael Avenatti.

GUTHRIE: You tweeted a picture of a DVD or a CD suggesting that there was going to be more evidence. That’s the suggestion, right? You don’t disagree.

AVENATTI: And there will be more evidence.

GUTHRIE: And now you’re being coy and not saying it. Seems like you’re playing games.

RUSH: Hey, Mr. Avenatti, if you don’t drop the bomb on the fur, you’re never gonna get an audience this size again. There’s nothing there. This whole thing was a come-on to drive up the audience for this thing for whatever purpose they wanted.

STELTER: It’s so uncomfortable that Karen McDougal and Stormy Daniels have both said that this father compared these women to his daughter when he’s about to have sex with people. That’s what makes this so uncomfortable. There is a moral vacuum in this presidency. We are reminded of that tonight. And don’t all of us wonder as we go to bed, what do we tell our kids?

RUSH: What? So Brian has deduced that when Trump’s on the verge of having sex with women, he tells them how much they remind him of his daughter. You know what you’re supposed to think of that. You’re supposed to think, what a sicko, this Trump guy is a real sicko, that’s so uncomfortable to see this. What are we supposed to tell our kids? Well, why don’t you tell ’em to stop dropping the F-bomb while trying to take away people’s constitutional rights in a stupid march on the Saturday afternoon in Washington? Why don’t you try that?

RUSH: This is from 1998, from a magazine called the New Republic. It’s a left-wing journal of opinion, and it’s titled, “The End of Privacy — How Bill Clinton lost the right to be left alone. — ‘It’s not their business,’ Monica Lewinsky allegedly told Linda Tripp, explaining why she was inclined to lie to Paula Jones’s lawyers about her relationship with President Clinton… ‘It’s not their business.’ 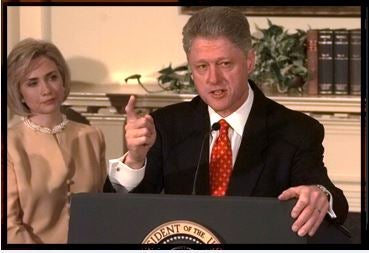 “And Lewinsky was, of course, correct. There is something totalitarian about the invasions of privacy that have transfixed the nation during the past week, as lawyers for Paula Jones have issued subpoenas to compel all women who have crossed President Clinton’s path to discuss their sex lives under oath, and as Independent Counsel Kenneth Starr has used his subpoena power to compel the president’s personal secretary to describe illicit activities in the White House that she may have observed.”

So during the Clinton-Lewinsky scandal, the Drive-Bys were out there saying, “It’s nobody’s business! It’s just sex. It didn’t get in the way of him leading, didn’t get in the way of him doing his job. Hillary Clinton didn’t care about it; so it’s none of our business.” Has anybody heard anything like that involving Trump? It’s just like when Obama Hoovers up every user’s data on Facebook — when Obama’s digital team gets everybody’s data, every Facebook user’s data — they’re called geniuses. They’re called brilliant. They’re said to be setting the path for the future.

When a conservative group ends up with the user data of 50 million — not 2 billion, 50 million — users on Facebook, “Why, this is intolerable! This may be a crime! We cannot permit this.” So when the left wants everybody’s user data, it’s genius and right. When conservatives get in on the act, somehow it’s criminal. And with Bill Clinton, “It’s nobody’s business!” With Trump, it’s everybody’s business.