Here’s How to Create a Million Barack Obamas

RUSH: By the way, Barack Obama’s moaning again over the fact that there’s no longer a Drive-By Media three-network news monopoly. And Barack Obama also said — I think he was in Japan. Was it Japan? He wishes that there were a million more Barack Obamas.

RUSH: Barack Hussein O in Tokyo yesterday. This was at the fourth Global Opinion Leaders Summit. 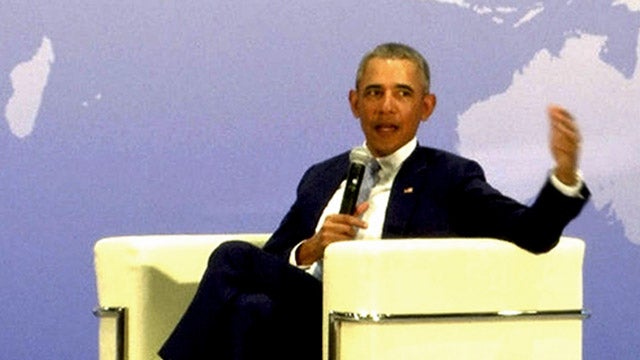 OBAMA: What you’ve seen over the last two decades is that those old rules about how you —

RUSH: Stop the tape. Are we running this in slow motion? Have we slowed this down? This is normal real life speed? Jeez. Has anybody noticed his eyes dilated when he’s doing this? Cue it back up to the top. Three, two, one.

OBAMA: What you’ve seen over the last two decades is that those old rules about how you interact have broken down. So there’s a viciousness to politics and a polarization. It used to be that in the United States there were three television stations. Basically everybody watched the same thing. Everybody got their news from the same sources. And so everybody had more or less a similar view of the world. But today, because of, first cable television, and then now the internet, people are able to find the news that fits their views instead of fitting their views to the news.

RUSH: All right. I can’t handle it, anymore. I’m falling asleep here. Stop it. You notice he left out talk radio? He always includes talk radio. Somebody got to him and said, “Do not mention talk radio. You’re giving away. Do not.” But this is just pathetic! “There were three television stations”? No! Networks, not stations. “…and everybody had a more or less similar view of the world.” Right. Yours. An entire other half of the view of the world was left out, systematically eliminated. He’s just whining and moaning that they have to compete for hearts and minds.

They don’t think they should have to compete, folks. It’s beneath them. “Now there are people out there with an alternative view…” It was so much cleaner when we had our monopoly. It’s a broken record. Whine, whine, whine, moan… Every time these people have to compete, they start complaining about it. Woe is me. Woe are us. It’s so unfair. It’s so damaging. There’s so much polarization now. Everybody used to just be a bunch of mindless bunch of sheep. We were all were working off the same set of facts. 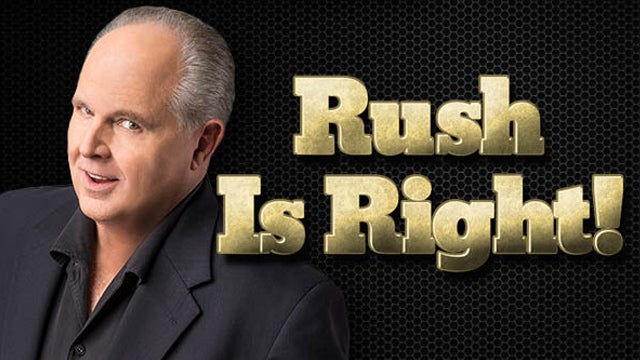 And then in the next sound bite, here is where Barack Hussein O wishes that there were an ability to create millions of clones of him and his wife…

OBAMA: The Obama Foundation could potentially create a platform. If I could do that effectively, then, y’know, I would create a hundred or a thousand or a million young Barack Obamas or Michelle Obamas or the next group of — of people who could —

OBAMA: — take that baton, uh, in that relay race, uh, that is human progress. That’s really gonna be my focus. A lot of our problems are caused by old men.

All you have to do is join the pro-life movement.

On average, 900 black babies are aborted every day in the United States, according to this website here, RTL.org. That means 2.5 million black babies were aborted during the Obama regime. You have 900 black babies a day times 365 equals 320,400 times eight equals 2,563,200, and they could each have their have their million right there plus some extras. And all it would take is for the Obamas becoming pro-life. And inside of a year, inside of one year you’d have two million more… Not necessarily Obamas. But, I mean, you might have some Snoop Doggs in there.

I mean, take the good with the bad.