Kallstrom on the Obama-Led Cabal Against Trump

RUSH: Jim Kallstrom. We’ve mentioned his name many times on this program, former deputy director, FBI, ran the New York office of the FBI. He’s one of the founding members of the Marine Corps-Law Enforcement Foundation and he’s a good friend of mine.

He ran the TWA 800 investigation when it fell out of the sky over East Moriches in Long Island. And remember he did the press conference saying, yeah, it was an empty fuel tank. TWA flight 800 on the way to Paris just blew up up there. He said there was an empty fuel tank filled with fumes and a spark ignited it and that was it. Everybody else thought that they saw a missile shoot it down or some sort of terrorist activity.

Anyway, Kallstrom is good as it gets. And he’s one of these guys, a former Marine, as many FBI agents and executives are. And he loves the FBI. He believes in it with his life. He personally would never do anything to put the FBI’s reputation in question. I think I’m safe in saying that Kallstrom was on the team that actually ran the bugs in one of John Gotti’s hideouts that produced the audiotapes that convicted Gotti. He’s a brave guy. I mean, they had to run wires and plant — this is not like modern-day eavesdropping. This was years and years and years ago where had to crawl into the ducts to get this done, and Kallstrom was leading that team. 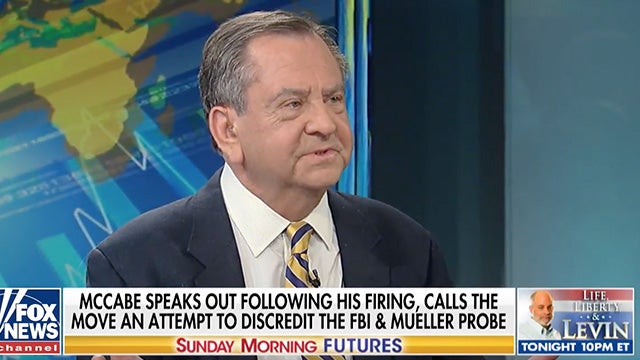 There’s a story here at D.C. Whispers — Jim’s at 30 years in the FBI, and many of them, as I said, as the assistant director. And he said that he is convinced that there was a plot within the FBI to protect Hillary Clinton from prosecution and to illegally influence the 2016 election. And when Kallstrom says it, you should pay attention to it. He called out the entirety of the FBI investigation against Trump. He said it’s completely phony.

He was with Maria Bartiromo, by the way. It was on her show. And he said, “Look, Obama won wanted a third term, and Hillary was it. And Obama’s support system, the FBI, the DOJ, the State Department, CIA, the establishment media all did everything they could to ensure Hillary’s win.” And he has no doubt — I mean, he went on record, Comey, McCabe, Brennan at the CIA, he accused them all of being corrupt. And he told Maria Bartiromo that all of this leads back to Obama. You know I happen to think that. But here’s the former assistant director of the FBI who is also saying it.

Chuck Grassley and Lindsey Graham are now suspecting James Comey of lies and setting Donald Trump up, and this is all because of McCabe. You know, when McCabe was fired — and again, he did not lose his pension, folks. What he lost was the opportunity to qualify for it at age 50, which was Sunday. Now he’ll have to wait until he’s age 57, but he’s gonna get it, he’s gonna get his pension. But McCabe, in his exit, said that he had not done what the inspector general found. The inspector general found that he had leaked to the media and that he had lied to investigators about some of the role that he played in the investigation of Hillary’s email scandal. 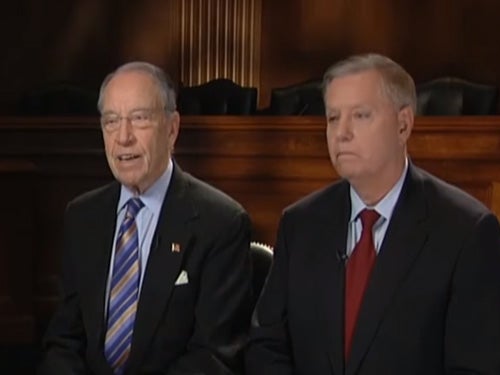 Okay. So McCabe, in remarks he made after his firing, said, “I didn’t leak anything, and everything I did had the full knowledge of the director.” Well, that’s Comey! Well, Comey, under sworn testimony before one of the many committees that he testified to in the House and Senate, was specifically asked if he had ever leaked anything or had any knowledge of leaking, and he said, “No, no, and never.” And McCabe, with what he said, is now called attention to what Comey said, and Grassley and Lindsey Graham think that Comey lied under oath and that therefore there should be some consequences to him.

“A plan of action for how a second special counsel can investigate the FBI and Justice Department is spelled out in a point-by-point letter submitted by,” Charles Grassley and Lindsey Grahamnesty. “They specifically want to know whether former FBI Director James B. Comey lied to them and had a plan to double-cross President Trump. They sent a letter last week to Attorney General Jeff Sessions. They and two other Republicans want a special counsel,” to look at whether Comey set up Trump as president-elect.

“Mr. Comey visited Mr. Trump for an intelligence briefing at Trump Tower days before he took office. Mr. Comey broke the news about what he called a ‘salacious and unverified’ dossier now known to have been bought by the Democratic Party,” and the Hillary Clinton campaign. They paid Christopher Steele to do it. At the moment Comey called the dossier unverified, the FBI was using it to justify a wiretap on Carter Page, who is a nothing!

Where is Carter Page in all this? He’s the original target! He was a guy that they got the warrant spy on, Carter Page. Where is he? He’s not indicted. He’s not being investigated. It was all a scam. Now, Comey — get this. This is how the left operates. Comey is already getting offers for a movie on his book. He’s getting offers for a movie and a TV series on his life! Nobody’s seen the book yet. Well, maybe the publisher has leaked it to producers; I don’t know.

But while Comey may well end up under investigation as having been part of a scheme, scam to drive Trump out of office or to keep him from getting elected, the left is prepared to make him a hero and lionize him with movies and books. Comey has his big book tour starting next month when the book comes out, and he is selling seats at his book signing. Something like 94 bucks, you gotta pay $94 to go to a Comey book signing or Comey appearance. And that doesn’t include, I don’t think, the book. I think you have to buy that separately.