The Trump Economy Roars, Republicans Ignore — Except Me

RUSH: Here are a couple news stories: “U.S. Consumer Confidence Hits 14-Year High.” This is from the University of Michigan. “The mid-March consumer-sentiment index is 102.0. U.S. consumers’ confidence hit a fresh 14-year high this month… The University of Michigan on Friday said the preliminary result of its consumer-sentiment index was 102.0 in March, up from 99.7 in February. That was the highest level since January 2004, and well above the 99.0 economists surveyed by The Wall Street Journal had expected.”

From another story on this not mentioned by the Wall Street Journal: “Positive sentiment dominated the latest survey. Fifty-nine percent of respondents cited recent financial progress, the most since the survey began in 1946, which is right after World War II, while the [share citing] income gains rose to a five-decade high.” So you’ve got just absolutely marvelous consumer confidence and sentiment.

And it is the direct result of the upturn in the economy — which has been brought about by specific policies implemented by Republican president and Congress — and not a single word of that in the story. And there’s not a single Republican running around today pointing to this and trying to claim credit for it and trying to explain to people why their confidence is at a 14-year high. 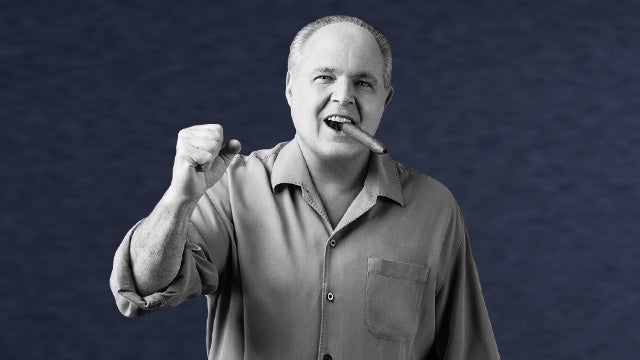 They’re just sitting there. And you won’t find it in Google News, and you won’t find it in Yahoo News, and if you do find it, it will be way down a row somewhere with no explanation, as though it’s almost an aberration. There’s a companion story. “Two Million Americans Got Off Food Stamps In Trump’s First Year — The number of food stamp dependent Americans hit a six-year low in President Donald Trump’s first year in office, reflecting an improving economy and falling unemployment.”

One year has reignited a stagnant economy, and I am the only one talking about it. You will not hear a single Republican, other than the president, touting this. If his Treasury secretary, Mulvaney, goes out, he’ll talk about it. But who will cover that? My point is that there is pretty good economic news out there, and even today, even today there are areas in this country where the tax cut remains a negative in polling data. And not because of the comments we had from the caller in New Jersey yesterday. People who think the tax cut’s a bad idea are people who have believed the lies in the media that their taxes are gonna go up.