RUSH: I want you to get Line 4 ready to go, because I’m going there pretty quickly. TheHill.com today is reporting: “Trump Considering New Minimum Age to Buy Guns — President Trump is reportedly talking about the potential of implementing a new minimum age of 21 to buy guns similar to the weapon used last week in the deadly Florida high school shooting. Axios reported…” That’s a Millennials website that explains why what’s in the news is important. Ahem. 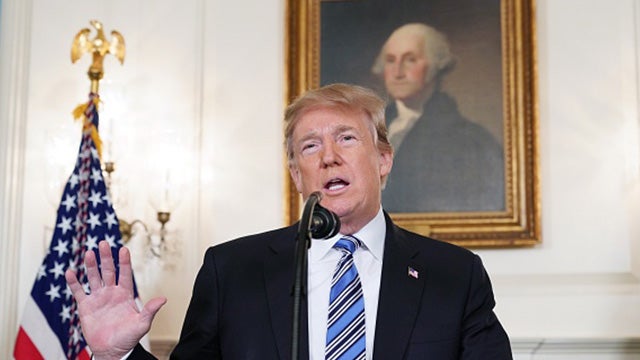 “Axios reported that Trump has said to associates he doesn’t believe high school students should be able to purchase guns. He has said he would consider imposing an age requirement of 21 for people to buy guns like the AR-15…” Now, folks, there is a stampede on, and it is aimed right at Trump. This stampede consists of two things with many offshoots. The stampede consists of getting Trump to raise the age limit, and the next thing that they’re pushing is for Trump to ban bump stocks to “get serious.”

Now, this is something that came up after Las Vegas. Again, there is a lot of misunderstanding about guns. And I by no means am a gun expert, but I can tell you a lot of things. The media uses terminology like “semiautomatic” and “automatic” to make people think that they can go out and buy guns and just pull a trigger once and cause an endless spray of ammo — and those guns are illegal and are only in the hands of the military (and, of course, people that break the law.)

And even the NRA has come out after Las Vegas and said they would support new regulations on bump stocks and so forth. So those are the two things that Trump’s being stampeded on, and there are actually more than that. Now, I’ve got a guy on the phone from Victoria, Texas, named John who’s seeing some red warning signs about this. John, how are you? Welcome to the EIB Network. Great to have you here, sir.

RUSH: Fine and dandy, sir. I appreciate your call.

CALLER: Well, there’s two things that Trump could have done in order to lose my support. One would have been amnesty and then the other one would have been gun control. He’s caving on this one. So the thing about this bump stock ban that raises red flags for me is, number one… Um… Excuse me. I’m a little bit nervous. It doesn’t just cover bump stocks. It covers what… It says any device that increases the rate of fire.

CALLER: Well, that’s a very dangerously broad term, because that covers not just bump stocks, but after-market triggers. It could be lighter bolt carriers, anything that could, quote-unquote, “increase the rate of fire” of a semiautomatic.

RUSH: Wait just a second. Wait. I’m just seeing something on TV here. I’ve gotta say this before I forget it. I’m watching Fox right now. They’re doing a story on the students up at Tallahassee, and here’s what the screen says: “Survivors March on Tallahassee — Students Demand Action on Gun Control.” Okay. Excuse me, folks. How can I not observe that that is a political agenda? “Action on gun control.” It is a political agenda, and it happens to be one of the biggest fundraising aspects of the Democrat Party agenda.

In fact, where’s Harvey Weinstein? (John, hang on. We’re coming back to you.) Where’s Harvey Weinstein? You’ve heard that Clooney is donating $500,000 to this March 24th event, and now there are a couple of other actors who have joined in. But where’s Weinstein? Harvey Weinstein said… When they were trotting him off to the rehab center, remember he wrote a big piece that he was going to get serious and take out the NRA. That was the way… The first thing Harvey Weinstein thought that he could do to get back in the good graces of the Hollywood left was to do what?

To assure them that now with all this free time he has between visits to the therapist, he was gonna focus on wiping out the NRA. Well, Harvey Weinstein’s one of the biggest bundlers and fundraisers and donors the Democrat Party’s had in our lifetime. So, anyway, back to you, John. Trump’s gonna meet with the students and parents to talk school safety in the wake of the shootings. There have been a number of things. During the Obamacare debate, Trump had said some things that people got very, very worried about and were ready to abandon ship.

I’m having a mental block on what the issue was. But when he said, “Hey, I’ll sign anything you bring me,” and I think this was… Yeah, it was immigration. And people said, “Oh, my God, he’s caving.” And a bunch of people, “That’s it! That’s it! If that… (stammering) He’s gonna get…” And when it was all over, Trump was just playing with them and didn’t end up getting anywhere near where he had alluded to be going. But you’re thinking that he’s getting dangerously close here to losing you, and if he loses you, he’s probably gonna lose a lot of people like you, right?

CALLER: Yes, sir, because this is not legislation. This is executive action. This is basically the ATF making up legislation as they go along, because the only way you can turn a semiautomatic rifle into a machine gun is you replace the trigger group to where it allows for fully automatic fire.

CALLER: That is illegal without a transfer tax, because there is… If you go through a more involved background process and a lot of money and a $200 transfer tax, you can actually own machine guns that are still legal under the Hughes Amendment, which was passed in 1986.

CALLER: So one of the ways you can counter a tyrannical government is by being able to have an equivalent amount of firepower that they have, in case they want to send like what they did a Ruby Ridge or Waco and basically take military action against U.S. citizens.

RUSH: Well, yeah, in Waco they literally started a fire and blew everybody up, and Ruby Ridge —

RUSH: But, look, if the U.S. military… If some despotic president decided he’s gonna take over the place and call us Venezuela Jr. —

RUSH: — there’s no way you have enough firepower. Do we have enough on purpose to resist the United States military?

CALLER: Uh, no. But it’s not… It’s more complicated than that, Rush, because it’s a matter of numbers going door-to-door. You know, that wouldn’t be possible. How it would happen is, you know, you’ve got it would be something like Australia where you’ve got, you know, a certain amount of you time to turn in your illegal weapons, and if you don’t, we’re gonna go through the ATF. Whenever you buy a firearm, you fill out what’s called a 4473.

And that is an unofficial registration because the gun store has to keep that information for 20 years. So the ATF and the FBI will know who bought that weapon, where it is, and all they have to do is — they don’t even have to come for it. All they have to do is maybe label you a domestic terrorist and —

RUSH: Well, if they do that, if they label you a domestic terrorist, you’re gonna get a visit from a drone.

RUSH: And you’re not even gonna know the drone’s there.

CALLER: But that’s one of the ways they would do it. The thought of, you know, a bunch of police and soldiers going door-to-door, it’s not gonna happen.

RUSH: Right. Look, I’m well aware that a number of people interpret the Second Amendment the way you have, the way you are. And, in fact, the left loves to pounce on that ’cause they think that’s straight out of kookville. The left thinks that having a bunch of guns to protect yourself, say, from Obama or Clinton or whatever coming in and taking over the country, they think, “Oh, man, give us every one of those guys that we can get, we’ll put ’em on TV tonight. We’ll even provide the chewing tobacco,” they say. They think that equals kookville. And that’s why it’s in a lot of television. It’s in the Homeland, the latest series of Homeland. 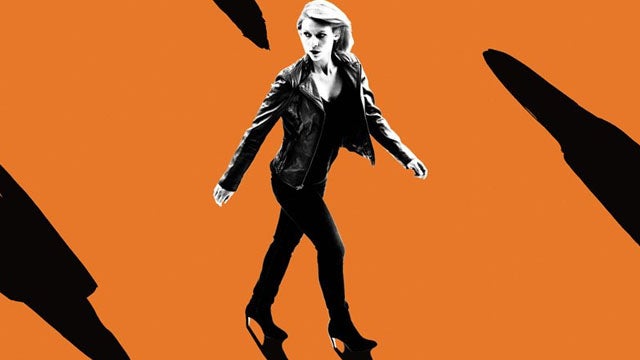 The TV talk show host, the leader of the resistance, is out in the backyard of some of these — he’s got 50 fans. He’s got 50 fans somewhere in the sticks, somewhere, and they take target practice with a picture of the current female president on the target. And this TV host lectures these people to show his support for them, he makes mention of the fact that the reason the founders were so brilliant was that they provided a mechanism for all of us decent citizens to resist a takeover by a future tyrannical government and the founders knew that it was likely and knew it was gonna happen. That’s why the Second Amendment’s there.

So the left uses that actually as a technique to impugn the Second Amendment absolutists, as you are. But, look, I understand from a different perspective. I understand because the left often offers solutions that are not solutions. So, for example, if Trump finds it politically opportunistic to agree with an age limit on buying a long gun, a rifle, say age 21 or 25.

That’s the slippery slope to me. The slippery slope is that these things are never solutions. It never ends. They always begin a new objective or agenda of further restrictions on additional constitutional rights. John, I’m glad you called. Thank you very much.