Jennifer Lawrence Takes Year Off to Fix Our Politics and Stuff

RUSH: Have you seen the story about actress Jennifer Lawrence? She said she’s gonna take a year off. You haven’t seen this? “[S]he’s taking a year off from acting in order to pursue a career in activism and help ‘fix our democracy.’ … ‘I’m going to take the next year off,’ Ms. Lawrence, 27, said. ‘I’m going to be working with this organization I’m a part of: Represent.Us. It’s just trying to get young people engaged politically on a local level.’ ‘It doesn’t have anything to do with partisan [politics],’ she said of the organization.”

(laughing) See? Of course not! It’s got nothing to do with partisan politics, and besides that you conservatives suck! “It’s just anti-corruption and stuff trying to pass state-by-state laws that can help prevent corruption, fix our democracy” and stuff. “And then I don’t know what I’m doing next,” but I’m gonna be focusing on “anti-corruption and stuff, trying to pass state by state laws that will prevent corruptions and fix our democracy” and stuff. 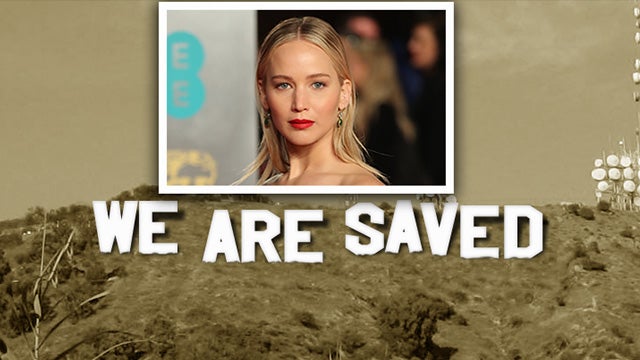 “The group [Represent.Us] describes itself as a nonpartisan,” of course, “grassroots organization aimed at passing anti-corruption laws that ‘stop political bribery, end secret money, and fix our broken elections'” and stuff. Right, and stuff. “Fix our broken elections.” This, my friends, is actually cover for the real agenda, as every leftist organization is. It pretends to be something that it isn’t to appeal to people who hate “politics.” Represent.us was founded by Josh Silver, according to DiscoverTheNetworks.

In 2002, radical leftist Robert “McChesney and Josh Silver co-founded the ‘media reform’ organization Free Press…” McChesney believes the media should be taken out of the hands of “capitalists.” Free Press is a major supporter of net neutrality. Anyway, Jennifer Lawrence is taking a year off from acting to fix our politics and stuff.