RUSH: Have you heard about the hoax involving Tom Brady? (interruption) Oh, get this. There is a reporter for the Boston Herald who used to work at the Boston Globe. His name is Ron Borges. He got canned from the Globe for plagiarism. I mean, it wasn’t even close. It was straight-on plagiarism. So he goes on a sabbatical for a while and then gets hired by the Boston Herald. So he publishes a story last night that Tom Brady’s agent told him that Brady is ticked off at the new deal Jimmy Garoppolo got. 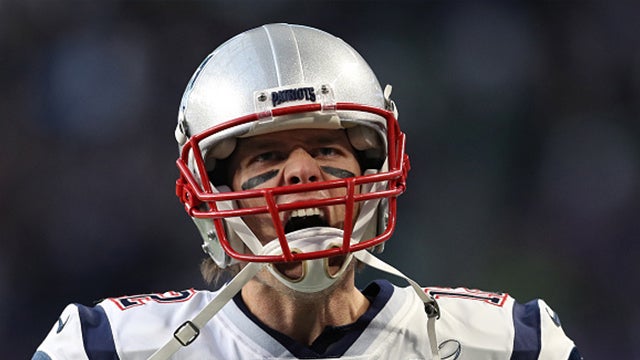 Garoppolo just got a five-year, $137 million deal from the San Francisco 49ers, and he played seven games. Garoppolo was Brady’s backup in New England until they traded him back in October. So supposedly Don Yee, who is Brady’s agent, called this reporter and said, “I just want to let you know that Brady is not gonna show up for the OTAs.” These are the off-season workouts that are voluntary.

“Brady’s not showing up. He’s not showing up until he gets a deal identical to what Garoppolo got.” The only problem was that it was not Brady’s agent, but rather a prankster. The reporter fell for a prankster, and his story said (paraphrased), “Multiple sources have told me — including Brady’s agent — that Brady is so mad that he’s not gonna participate in any team activities until his deal is made equal with Garoppolo’s.”

But it was a total prankster, much like these two comedians that pranked Adam Schiff, that they had nude photos of Trump that they had given to Putin. And Schiff’s out there trying to track ’em down. So this Ron Borges guy has been exposed. It doesn’t matter where you look, you can’t trust — and you’d be wise not to — much of anything you read. You have to be suspicious or questioning of practically all of it.