RUSH: “Nancy Pelosi: GOP Tax Cuts a ‘Dark Cloud’ Over the Capitol — House Minority Leader Nancy Pelosi insisted Monday that the Republican tax cut bill signed into law is still looming as a threat to millions of Americans who she said would pay more in taxes, not less. ‘The tax bill is really the dark cloud that hangs over the Capitol,’ Pelosi told the Washington Post on Monday afternoon… 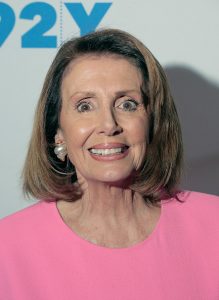 “‘They sell it as middle class tax cuts, [but] 86 million American middle class families will be paying more in taxes as a result of this bill.'” Just flat-out not true. It’s just flat… I mean, it doesn’t even get close to accurately describing it by calling it untrue. It just is totally made up. And, of course, we have the Reuters story: “Few U.S. Adults Report Bonuses, Raises from Republican Tax Law.” Now, this is a pretty good See, I Told You So opportunity.

You know, I, ladies and gentlemen, have repeatedly predicted that once the Republican tax bill is enacted and once it is demonstrably improving the economy, that the media would start cranking out stories about how it’s not helping the economy at all. They’ll go out and find people who are not benefiting from the tax cut. They’re still mired in poverty and nobody cares about them and they’re struggling and they can’t get by and there wasn’t any tax cut for them.

The purpose is to make those of you who get a bonus or raise feel guilty. Let me give you an analogy. This is the way the Democrats and the media do it. In robust economic times, the media will do stories on people who are not benefiting — and they are plentiful. There are numerous stories like this. The theme is, “While some are doing well, many are left in the shadows,” or some such bogus BS. The purpose is to make the people doing well feel guilty about it. And it manifests itself…

It’s why I marveled at polling data taken during robust economic times, and people doing well would say the economy’s not doing well, and when they were interviewed they would say something like, “Yeah, yeah. I’m doing really great. But I was watching the news, and I guess I’m one of the few doing well, ’cause nobody else is. I feel kind of bad about it,” and that’s what they’re doing here. “Few U.S. Adults Report Bonuses, Raises from Republican Tax Law.”

So you who are getting a bonus or a raise are supposed to feel like you are in a rare group, a very small group, and you could feel even guilty about it, that would be even better. That’s what Reuters is attempting to do here. Now, as I mentioned very cleverly the beginning of the program, the new tax law really doesn’t go into effect until February. That’s when raises will be noticed; that’s when bonuses will be noticed.

Withholding tables, IRS will not fully implement those until next month. It’s not far away. I mean, it’s a couple of days from now. But you go ask people in January, “Hey, have you seen your bonus yet?” “Nope! I haven’t seen one.” “Yeah? Have you seen your raise?” “Nope, haven’t.” “Have you seen your tax cut?” “Nope! I — I — I haven’t seen anything yet.” Of course, if you’re Reuters, you can find any number of those people. You can find anyone you want to say what you want — and if you can’t find it, you make it up.

From CNBC: “ExxonMobil Announces $35 Billion in New U.S. Investments Over 5 Years, Citing Tax Reform.” Darren Woods, the chairman and CEO of Exxon, said, “These are quality investments for our shareholders that are made even better by tax reform. … These are all possible because of the resource base developed by our industry along with sound tax and regulatory policies that create a pro-growth business climate here in the U.S.”

So Exxon joins the legion of companies expanding business operations in America, bonusing and raising employees, and here’s Reuters doing a story on how very few people are actually seeing any of this. So you’re also supposed to say, “They’re really just making this stuff up. Nobody’s getting raises and bonus. They’re just telling us this.” The problem is you’re gonna get a raise or a bonus, and you’re gonna be living it, and you’re still gonna be seeing in the media where you’re not getting it or where nobody else is.

Don’t let ’em make you think you’re an outlier or in a very small, rare group of Americans.

This is bad news for the Democrats. There’s a poll out. This is a Harvard-Harris poll. And you know who does this poll is Mark Penn. He’s a former Clinton pollster, former Democrat pollster. “Black Americans the Most Supportive of Dramatically Reducing Legal Immigration Levels — According to a detailed Harvard-Harris poll, black Americans are more likely than any other demographic group to support lower yearly legal immigration levels, down to a fourth of current immigration levels.

“When asked, ‘In your opinion, about how many legal immigrants should be admitted to the U.S. each year,’ 48% of African-Americans said they would like to see between only one and 250,000 legal immigrants brought to the U.S. a year.” Now, that is a core constituency group of the Democrat Party. And the Democrat Party, obviously, now is favoring policies that their core group of African-American voters strongly oppose.

RUSH: Heidi Heitkamp. She a Democrat. She is a senator from, what, Montana? Is that where she’s from a from? 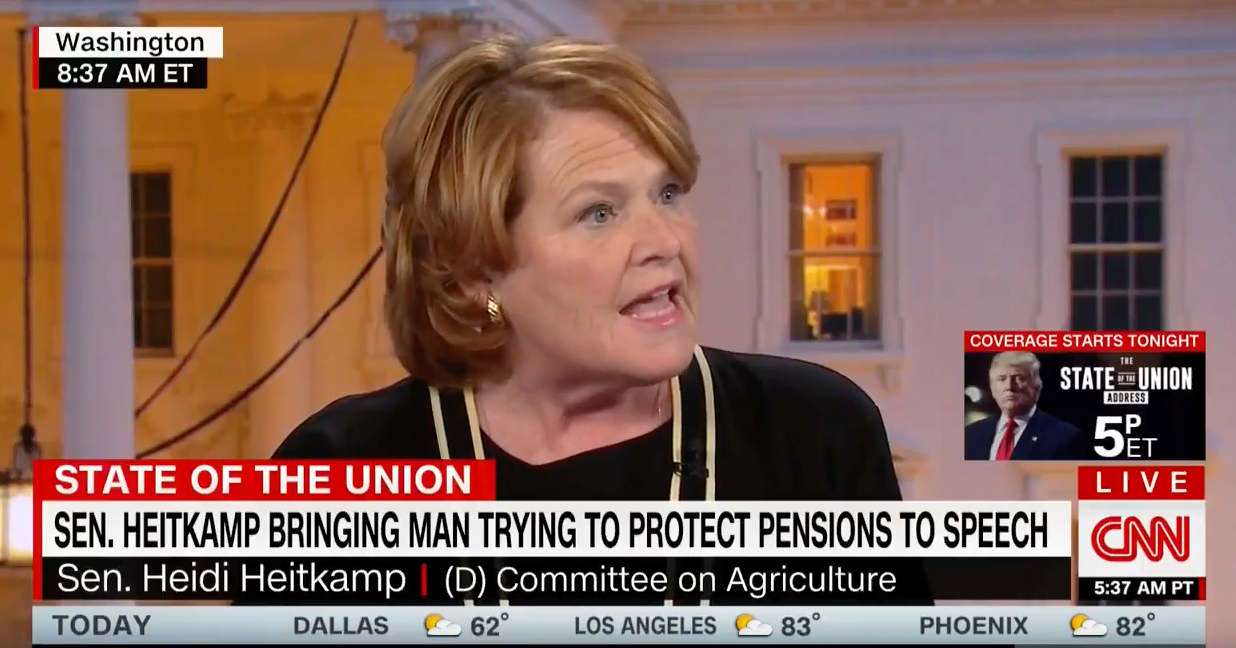 HEITKAMP: If they were that comfortable, why don’t they give them a thousand-dollar boost in their salary, which would continue over the next years? (sic)

HEITKAMP: Yeah. And the other question that you need to ask is, “Of those, how many actually gave bonuses last year (snickering) and what were the bonus amounts?” I mean, no one talks about that.

RUSH: So isn’t this an in…? All during the eight years of Obama there wasn’t even talk of raises. Everybody’s wages were stagnant. We were in an era of economic decline. We were told it’s the new normal. We were told that Obama’s the perfect guy to manage the decline, that America’s salad days were behind us. This was a new reality now and we all had to get used to it. Now here come 275 companies bonusing, increasing wages, and here comes Heidi Heitkamp, “Well, why don’t they give ’em a salary boost of $1,000?

“They don’t really mean this. They don’t really mean this. They not really serious about it. Give them something that gives every year, not just a one-time bonus.” From a Democrat who for the last eight years didn’t see one instance of this kind of thing. Well, there were individual instances of it, but you get my drift. The Democrat Party, I’m just telling you, would love to be able to have one of their presidents do a State of the Union Address with these current circumstances to brag about. But they can’t, and they never will be able to.

Because an economy cannot grow like it is now when the Democrats are in control. Their policies are opposed to this the kind of thing. They want government to grow. They believe fairness and equality result from the redistribution of income, not from the production of wealth, the creation of wealth, and the expansion of the economy. No, no. They don’t believe in that because they can’t lay claim to it nor control it. I just find it funny that a Democrat who couldn’t say that anything good like this ever happened in the last eight years is now whining and moaning about how it’s not enough now.