RUSH: With the new 11.2.5 update for iPhone and iPad, there’s nothing new user feature-wise. That will happen in 11.3, which will come out in March, but there is something new. You can have your phone play or the little HomePod or your iPad or your CarPlay if you have it… You can have it play a short podcast of news from NPR, Fox, or CNN. It defaults to NPR. But it only works if you use the, “Hey Siri,” function. If you actually touch the phone to activate Siri, it will give you a text news update. But here’s how it goes. So I have the phone here, unlock. Hey, Siri! Play some news. 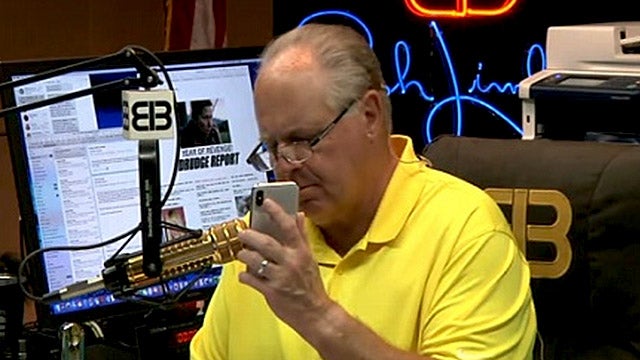 SIRI: Here’s the latest news from Fox News. A workout a revised agreement the year after President Trump pulled out, calling it a bad deal for the U.N.

RUSH: There you go. That’s what’s new. Shut up! Just shut up. There we go. And that’s for when you don’t have time to read.

RUSH: Let me turn down the volume or put the phone to sleep or something. There you go. So if you don’t… If you can’t read and you want to hear a news — and, by the way, I’ve checked it out, and it’s pretty straight. It’s still news with a left-wing tint, but it’s not like watching MSNBC or CNN all the time. It’s not…

There’s no analysts and commentators and panels. It’s just a straight sort of like a Headline News coverage. If you just haven’t heard any news lately, it’s a way to get it. And that’s news. You use the podcast app and those three outfits — CNN, NPR, Fox News — provide a podcast for this particular service.