RUSH:  You know, I have a female friend out there who just loves Trump.  I mean, she would have Trump’s children today if it weren’t for the tubal, and she is livid with me.  She sent me an email, “Trump didn’t invite Schumer up there.  Schumer was summoned!  You better get it right!  Trump doesn’t invite people for tea and crumpets.  Schumer was summoned!  He knows it and everybody else knows it.  So get it right!” 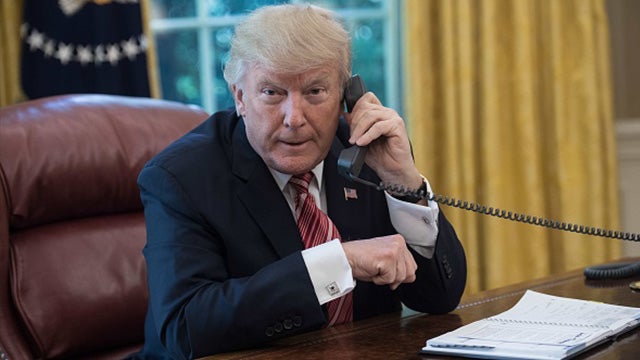 RUSH:  Yes siree bob.  So Chuck Schumer was not invited to the White House.  He was told to haul ass up there.  Well, no, she didn’t tell… No.  (laughing) She didn’t reference that.  (laughing) Anyway, here we are back at it. Rush Limbaugh — despite my frustrations — having more fun than a human being should be allowed to have.  No matter what, I still love this more and more each and every day.  Here’s the phone number:  800-282-2882 and email address, ElRushbo@eibnet.us.

So it isn’t gonna be any great damage, destitution, suffering, starvation, job loss, coming down with incurable diseases.  None of that’s gonna happen because it’s gonna keep operating, and even if all that stuff… Even if the government did literally shut down (which it doesn’t), do people, you think, remember how bad it was during the ’95 shutdown?  That shutdown went three months, did it not?  You remember people…? (interruption) Well, the Republicans remember the politics of it and how they got creamed and that’s why they’ve never, ever wanted to go through another one again.  But they didn’t even suffer politically because of it.

They didn’t lose any seats in the congressional elections that followed. 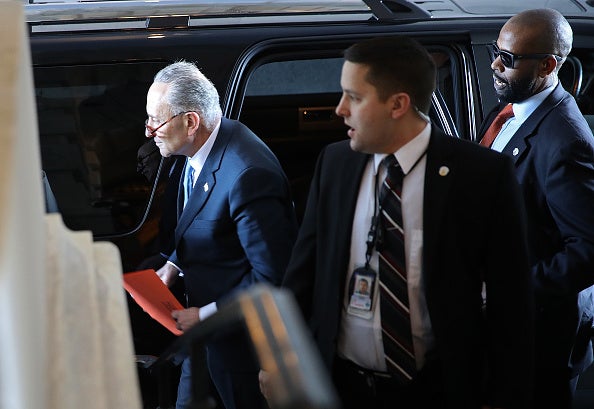 RUSH: Now, Chuck You Schumer just left the meeting that Trump summoned him to, and he didn’t stop at any cameras. Do you realize, that never happens. Chuck Schumer never, never runs away from the camera. Usually the first thing Chuck Schumer does is look for the camera wherever he is, even if he’s at a ball game, but certainly coming out of a meeting with Trump. There he is slumped over walking out getting into his official congressman SUV in the parking lot out there by the West Wing.

He just zipped right by those cameras and didn’t stop. That, to me — well, I don’t know what it means, but it’s not typical. It’s not the way Chuck You Schumer behaves. And I’ll tell you this, the one thing I do know it means. If he had in his mind rolled Trump in this meeting, if he had had his way with Trump, he’d still be chattering in front of those cameras.

RUSH: And Chuck Schumer, who ran right by the cameras at the White House, got in his official minority leader SUV and headed back home to the Capitol. When he got back there, he could not resist the cameras at the Capitol where things are a little bit more friendly, and he had this to say after the meeting at which Trump had demanded and summoned him to show up to.

SCHUMER: I’m not gonna answer any questions. Okay? We had a long and detailed meeting. We discussed all of the major outstanding issues. We made some progress, but we still have a good number of disagreements. The discussions will continue.

RUSH: They don’t have any disagreements. That’s the point! They don’t have any disagreements. If you hear me say one thing today, hear this. They’ve been given everything they want. They are voting against a bill that they like. They’re voting against a bill that they asked for. It has everything in it that they want. Except the wall. They don’t want anything to do with border security. But it’s got every one of their demands.

It’s got the DACA kids, it’s got the CHIP extension, it’s got more federal spending. It’s got everything they want. They want this government shutdown because they need to get rid of the great news on the economy and the tax cut. They need to change that messaging. They need to have people think the Republicans don’t care about ’em. They need the media reporting that the Republicans hate government and hate you. That’s what Schumer wants. “I’m not gonna answer any questions. We had a long and detailed meeting, discussed all the major outstanding issues.”

This is highly suspicious. There’s no gloating here from Chuck You Schumer. I don’t know what went on in there. But this sounds like a guy who didn’t get what he thought he was — I think these guys go into meetings with Trump thinking he’s an idiot, and all they have to do is flatter him or, you know, play to his ego and they can get whatever they want. I think they continually underestimate this guy ’cause they believe all this pap that they’ve created about Trump being mentally ill and unfit and all that. I think Chuck Schumer probably got — my guess is, surprised. But that’s as far as I’ll speculate.

RUSH: Government shutdown time is midnight. I think the Democrats are being led down the wrong path by the lunatics in their fringe base. ‘Cause none of this is necessary. DACA doesn’t perspire until March anyway. So we’ll see what happens, but I don’t think there’s gonna be one.