RUSH: The Fox Business Channel is reporting that Donald Trump has invited Senator Chuck You Schumer to the White House to see if they can’t break the logjam on this. And the media is all excited about this. “Oh, man, oh, man, Trump called Schumer, oh, wow this is so cool, this is so cool. Schumer’s gonna go to Trump. Oh, man, this is the top of the food chain.”

Sorry, folks, it just sickens me. It just sickens me, this repetitive — I feel like I’m in Groundhog Day on this stupid thing. Part and parcel are all the polls. Oh, yeah. ABC, CBS, NBC, all the polls saying the majority of Americans blame the Republicans for the shutdown. Of course they do. That’s all part of this routine as well. 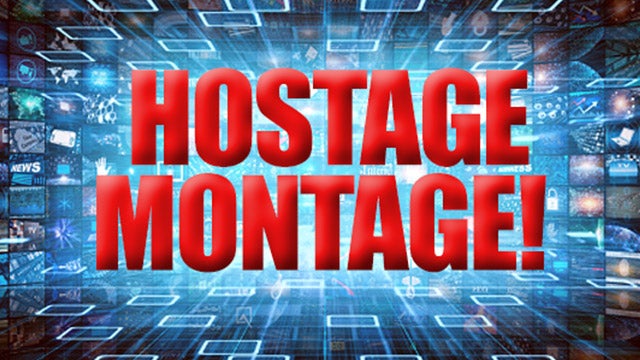 Now, do you expect that hypocrisy to attach itself? Do you expect the American people, “Yeah, I remember the Democrats always saying how bad it is and now they’re the ones doing it.” I don’t think so. But giving it our best. We go back now to September 18 through 25 of 2013, a montage of various Democrats in 2013 discussing a government shutdown.

STENY HOYER: It is a blatant act of hostage taking.

BARBARA LEE: The Affordable Care Act would be held hostage.

BILL PASCRELL: We are not going to be held hostage by Mr. Cruz.

CYNTHIA TUCKER: A bunch of terrorists, who will have taken the country hostage.

ED MARKEY: The Republican leadership in the House and Senate are holding 700,000 young DREAMers hostage. Stop holding these kids hostage.

LUIS GUTIERREZ: You’ve got to release the 800,000 DREAMers you are holding hostage.

JASON JOHNSON: Nobody likes being held hostage. This isn’t some hostage movie where you can just shoot the victim.

PAUL RYAN: The defense budget is being held hostage for DACA.

MITCH MCCONNELL: Hold all of that hostage? All of that, hostage.

MARK MEADOWS: Trying to hold up the military as hostage.

SARAH SANDERS: The Democrats, who are holding our military and our national security hostage.

But you can see, folks, why this is a little maddening or frustrating, because it’s just so predictable. You knew it’s gonna happen at some point. This is all the Democrats got. And now we hear that Schumer has been invited to the White House. It’s not gonna take much to budge Trump. If Schumer just says, “I’ll give you 10 feet of the wall,” Trump might do it, claiming victory. “I got the wall! I got the wall! We don’t need to shut down the government.” I hope not. I really hope not. We’ll see. We’ll see.