Illegal Immigration: It’s Where We Save or Lose the Country

RUSH: This is the reason he got elected, folks. This is where we’re gonna lose or keep the country is illegal immigration. Would you like some stats on this? This is nothing you haven’t heard before. But, you know, this story goes in waves and cycles, and it’s always dominated by the latest iteration of this story of the day. I want to go back and remind you of some things. “Modern Immigration…” This is a headline from the Pew Research Center, and this is from September 28, 2015.

So we’re going back here, a little bit of a flashback. “Modern Immigration Wave Brings 59 Million to U.S., Driving Population Growth and Change Through 2065.” Again, this as published on September 28, 2015. “Fifty years after passage of the landmark law that rewrote U.S. immigration policy…” Let me remind you again: From 1921 to 1965, there was no legal immigration in America. Every time I mention this, there are people shocked and stunned, people that you would think would know it. 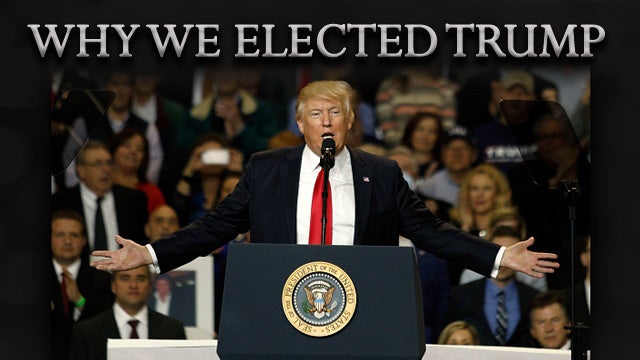 But I’m here to tell you, if I had to put a number on this, I’d say 80% of the country does not know this. Immigration was purposely halted for over 40 years, and the reason why is because there had been so much immigration from Western Europe and other parts of the world that those people arriving had to be assimilated. The United States had an immigration policy from 19… Well, actually the late 1800s all the way through 1965 that new immigrants had to go through citizenship tests; they had to be assimilated. The thing about that is they wanted to be. The immigrants back then wanted to come to America to escape genuine torment, poverty, tyranny, wherever they lived. They wanted to come be Americans.

They were proud when they got here. It was one of the greatest achievements of their lives to legally arrive in the United States, become citizens, become Americans, and they remained proud of it for the rest of their lives. And their children and grandchildren the same. And it took 40 years to assimilate all of the immigrant arrivals prior to 1921.

Modern immigration was kick-started by Senator Kennedy in 1965. And the purpose at the time in 1965 was to provide an ongoing underclass for the Democrat Party. It was a way of broadening the Democrat Party base to an even greater group of people in need, people incapable of providing for themselves, taking care of themselves.

And Senator Kennedy and his supporters lied about his bill even back then, promising that cities would not be overrun, promising the crime rate would not change, nobody would even notice it. This was just a great humanitarian thing to do. It got so out of control that by 1986, we had to grant amnesty to three million illegals in addition to the people that arrived here legally.

That was called Simpson-Mazzoli. And Ronald Reagan signed it with a promise that this is it, we amnetize these three million, and from now on the border’s protected and no illegals get in, at least we try as hard as we can. And we all know what happened then. So since 1986 to the present we have anywhere from 12 to 19 to 30, no really knows how many illegal immigrants in the country. And the Democrat Party today wants to grant amnesty to every damn one of them. And so do many Republicans. And that’s what this argument has been about since the early 2000s and the first George W. Bush administration.

Immigrants and their descendants accounted for 72 million in U.S. population growth from 1965 to 2015. Immigration since 1965 has swelled the nation’s foreign-born population from 9.6 million in 1965 to 45 million three years ago, which makes this, 45 million people, that is the largest movement of people in the history of the world, as Pew goes on to admit in the final paragraph of their story here. And then they write that the U.S. has by far the world’s largest immigrant population, holding about one in five of the world’s immigrants.

Now, in the midst of all this we constantly hear from the American left and the Democrat Party how inhumane this country is, how unjust and how immoral this country is, and when people want to get a handle on this illegal immigration, they’re called racists and bigots. The population of this country is 310 million and a full 72 million are foreign-born immigrants, with the bulk of that happening since 1965.

And it’s still not enough. And the Democrats continue to want more. And they’re demanding more. And it’s for all kinds of reasons. And included in the reasons is that we owe it to the people of the world because we so mistreated them. It was a tenet of the Obama administration. The United States was unjust and immoral, that we were a superpower not because of our own achievements, because of what we stole, what we purloined as we traveled the world, stole people’s resources, stole people’s ideas, mistreated them because we’re racists and bigots and what have you. And so we owe it to the people of the world for what we have done to them.

The rest of the people in the world in poverty are in poverty because of us. So they’ve guilt-tripped the American people since 1965. At the same time, they’ve led people to believe that our borders are shut and nobody gets in here and it’s grossly unfair. And it’s exactly the opposite.

And that is precisely why the Democrat Party wants this to happen. And so this is why Donald Trump was elected, and this is why so many people are now panicked over what they saw yesterday, because the history is Republicans sell out to the left constantly. And it didn’t help that Jeb Bush piped up and said (paraphrasing), “Man, this is great. This is great. President Trump was great. I love the fact that he called this an act of love.” Scared a lot of people.