The Meaning of Trump’s “America First”

RUSH: AP: “Trump Insists on America First. Who Will Follow?” Let me tell you something about this America first. What do you think Trump means by it? (interruption) Yeah, yeah, yeah, he does. But it’s not just that. I actually heard Trump explain this and some people in Trump’s administration explain this. Fox has this analyst that appears on some of the shows. She worked in the National Security Council. She’s on the staff I think for Obama. And she was talking about this, and she had heard exactly what I heard.

And what Trump means by this, America first, also means the U.K. people being U.K. first, and in Belgium, Belgium first. Trump’s belief, it’s exactly what I said yesterday. Trump believes that if every nation believes in itself rather than believes in being subordinate and subservient to a global organization, the whole world is gonna be better, with everybody trying to be the best they can be. He doesn’t mean put America first over everybody else. But he says compared to the world and global organizations, screw that; I’m going to do what’s best for America. And he further explained, I think the Brits ought to do what’s best for them. 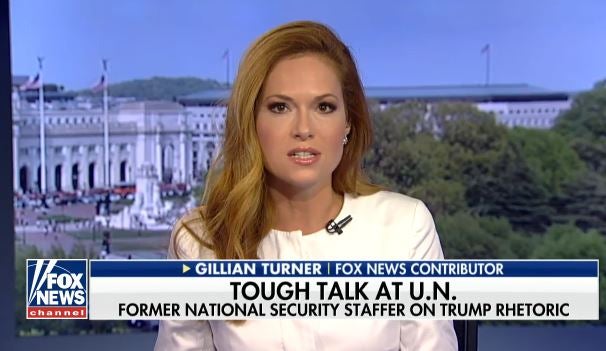 The theory is that in all of the western democracies and free nations there’s enough commonality that these nations banding together to put themselves first has a lot of commonality. The way it was explained, it made sense. I remember watching Gillian Turner, she was saying (paraphrasing), “When I heard this, it completely changed my view of Trump on this. He fleshed this out for me in a way that I had not understood it.” And she sounded like she was supportive of the whole thing, when of course liberals hate the concept of America first, ’cause they don’t think America deserves it. America’s too guilty. America still has too many prices to pay. America first, that’s arrogant and braggadocios, and we don’t deserve it, in their view.

And so this piece in the AP, “Well, who’s gonna follow?” Meaning Trump is hated, Trump is despised, so Trump putting America first is gonna isolate the country. The writer here is Josh Lederman. I’m not gonna share the piece. The guy is just totally off the wall and wrong, as most of them are. They’re not even making an effort to understand what Trump actually means with the things that he says, but his voters do.