Delusional Mrs. Clinton Considers Contesting the Election — Or Does She?

Hillary was on NPR Fresh Air yesterday afternoon and the host was Terry Gross. She said that she might contest the election. I mean, it’s lunatic, but here’s what she said.

GROSS: Would you completely rule out questioning the legitimacy of this election if we learn that the Russian interference in the election is even deeper than we know now?

GROSS: You’re not gonna rule it out?

HILLARY: No, I wouldn’t rule it out.

RUSH: This woman, folks, is not all there. Obviously she’s on her book tour, her excuse tour, which is embarrassing everybody. Have you noticed the number of Drive-Bys and Democrats publicly saying, “Hillary, pack it in. Hillary, take it somewhere we can’t see it. Stop it. You’re not gonna be the president. You’re not gonna be a nominee again. Stop it. You’re hurting us. You’re causing us big problems. We need a new face. We need a new body. We need a new hairdo. We need everything new. We can’t have you continue.” This is being said in a number of places. 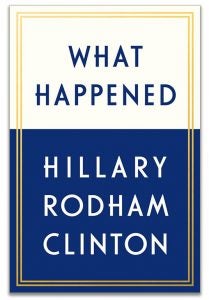 So that was yesterday during the day. Last night she went on Colbert’s show, and, “What do you mean questioning the legitimacy of the election? There’s no constitutional mechanism to question the election. What are you talking about?”

HILLARY: So as I say in the book, nobody’s talking about contesting the election, including me. But I do think — no, because there is no mechanism.

RUSH: Wait a minute. Earlier in the day she told the NPR audience that she was considering contesting. Even if there is no way, no matter what would be judged about the election that she’s going to be president. And if she’s harboring that illusion, then it’s better than we even thought that the woman lost. I mean, this is dangerous, dangerous psychological territory, and we are bearing witness to it here.

RUSH: I want to give you some detail here. This is from the Kimberley Strassel Wall Street Journal column of last week on what really went wrong with Hillary. That was the subject of her piece, “Here’s What Really Happened to Hillary.” And it’s a series of things the Democrats will not acknowledge. The Democrats, not only are they trying to spread this myth that the Russians tampered and Trump colluded, it’s gone on for so long now that they actually believe something of this sort did happen. They continue to believe the election was stolen from them somehow.

They cannot accept that some pig like Trump would actually win. They really can’t. It’s denial like I haven’t seen, coupled now with over a year of immersion in a myth that has become reality. And one of the myths that the Democrats have is that if they’d have nominated Crazy Bernie, it would have been a slam dunk. Crazy Bernie was the leftist, the proud leftist that the Democrat Party has become, and if he was the nominee… And Ms. Strassel tries to illustrate in her piece that that’s not the case. And here is her evidence. 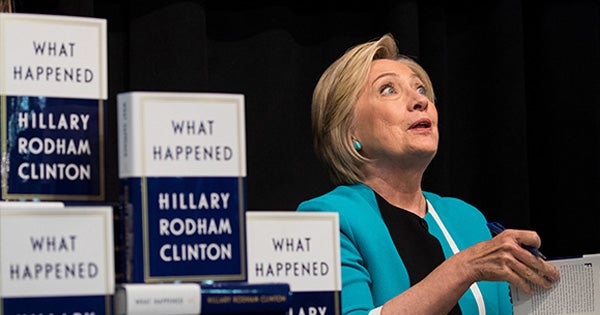 The Republican John Faso beat Zephyr Teachout for the open seat by eight percentage points on a promise to kill Dodd-Frank. So another candidate for whom Crazy Bernie was working and endorsed that basically had the Crazy Bernie agenda went down the tubes. An extraordinary 79% of Colorado voters said “no” to a ballot initiative for Colorado Care. That’s the state version of Crazy Bernie’s universal health care proposal. This is a state that Hillary won and Crazy Bernie had 79% of voters vote against his idea.

The point here is if they think Crazy Bernie would have won because he had all these coatails, he didn’t. His agenda did not have the nationwide support that the Democrats think. In California Crazy Bernie endorsed and campaigned for Prop 61. Prop 61 was designed to impose prescription drug price controls. It went down to a substantial defeat in California, which Hillary won by 30 points. Another big bomb-out by Crazy Bernie.

Progressives argue that all they need to elect Bernie or Elizabeth Warren is the right way of pitching their populist policies of free health care, price controlled drugs to the white working class. See, Crazy Bernie and Elizabeth think it’s a big mistake for the Obama crowd, the Hillary crowd to throw away white working class. They’re trying to get it back. This agenda didn’t do it. They went for Trump. They haven’t been able to sell free health care and price controls on prescription drugs even to bright blue states.

Now, she points out here: “Republicans have failed to unite or govern or pass their biggest priorities. But the political analysts are setting themselves up for another surprise if they ignore the big reasons Democrats lost this election.”

RUSH: Okay. We found some data here on the voting patterns of married and unmarried — I guess this is women. I don’t find women anywhere here in the description. But here’s the numbers. Clinton, married couples, 59%. I’m sorry. I hate charts. I cannot translate these damn things. Married couples were 59% of the electorate. Trump got 52% of the married vote and Hillary got 44%. Unmarried, 41% of the electorate. Hillary got 55% of the unmarried vote and 37% went to Trump. So there’s something to it.

Now, 2016 exit poll found that Trump won among married voters, 52%, lost decisively among unmarried. The 26-point marriage gap in the 2016 electorate is large. In fact, it surpasses the 24-point gender gap found in the CNN exit poll. But it doesn’t say it’s women. It’s just whether people are married or not. So the male-female break, if it’s here, it’s a chart, and I can’t tell. The word “woman” is nowhere anywhere on this page. But the caller had a point, that unmarried women tend to vote Democrat.