RUSH: So last night, Anderson Cooper 360 spoke with David Rodham Gergen about the New York Times report that federal agents wiretapped Manafort. And during the discussion, Cooper and Gergen have this little exchange.

COOPER: I assume he could now say, “Well, look, you know, there was some wiretapping going on.”

These people are eating and choking on crow. It’s yet another example where Trump was right, they mocked, they laughed at, they made fun of. And the New York Times reported on it as though, “Hey, we love the way they wiretapped, and we love the way they picked the lock at Manafort’s house.” On CNN’s New Day today, Alisyn Camerota speaking with New York Times correspondent Maggie Haberman about the wiretapping of Paul Manafort. This how that talk went.

CAMEROTA: How do you know? 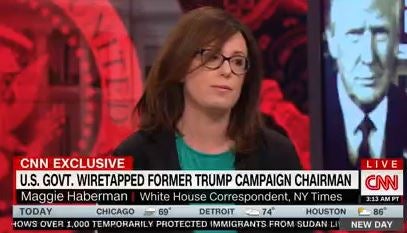 HABERMAN: Well, I don’t know, but I know that what we know so far does not indicate that Trump Tower, my lines, as he put it, unless you are saying that he owns every single thing in Trump Tower.

CAMEROTA: Yeah, that is what he’s saying.

COMEY: With respect to the president’s tweets about alleged wiretapping directed at him by the prior administration, I have no information that supports those tweets. And we have looked carefully inside the FBI. The Department of Justice has asked me to share with you that the answer is the same for the Department of Justice in all of its components. Department has no information that supports those tweets.

RUSH: Well, is that perjury or not? He’s under oath. We’ll explore that when we get back.

RUSH: Here is Judge Napolitano on Fox Business Network this morning with Maria Bartiromo. She says, “You know what? They did tap Trump Tower and Manafort and so forth, and they tried to discredit the president.” 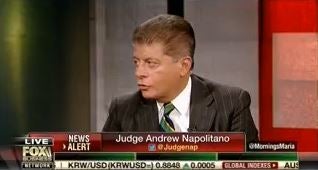 NAPOLITANO: How could Jim Comey not know of it if his own FBI had obtained it and it went back to 2014, was dropped for a few months and then picked up again in 2015 when Donald Trump announced he was running for president?

BARTIROMO: So did he lie under oath?

NAPOLITANO: The facts as they came out this morning are inconsistent with what he told the Senate. It makes you wonder if this was an intelligence style wiretap to which Valerie Jarrett and Susan Rice had access. Were they doing this so that they could tell Mrs. Clinton what Donald was going to do next in the campaign? That of course would be a very, very serious felony.

RUSH: Well, we don’t know any of that. There’s a story here today at Breitbart: “Trump Vindicated: Shock Report Says Obama Government Wiretapped Trump Campaign.” But listen to this. “A report Monday evening said U.S. investigators obtained a surveillance warrant on Manafort from a secret court.” Now, I’m assuming that that’s FISA. But why don’t they just say that instead of calling it a secret court? Because now I got people thinking it’s a new secret court. Maybe it’s the court of approval that Gergen was talking about. Could there be a court of approval that these people have and we don’t know about?

I’m joking, folks. I’m trying to make fun. I know, when I joke, they think I’m being serious. It comes true! What did Gergen say, federal court of approval. Over here at Breitbart we have a secret court. FISA is not a secret court. We know it exists. Who goes on in there is secret, but its existence isn’t secret. So maybe there is a federal court of approval, approval for authoritarians like Obama to wiretap people.

So the wiretap on Manafort starts in 2014, they take it off for a while, and then when Trump announces and Manafort’s named the campaign manager, they put the wiretap back on. Comey testifies, “Oh, nobody at the DOJ, nobody at the FBI knew.” So how they gonna get around that? DOJ and the FBI is where the wiretap would have to come from unless it came from the court of approval.

So how are they gonna explain that they didn’t know? They testified under oath, Comey did, they didn’t know. Is it some renegade in a back office at a super cubicle that nobody knew was doing the wiretaps? Some renegade rogue agent in the FBI who had it in for Trump? Is that what they’re gonna gonna tell us down the road somewhere? I can’t wait for this explanation.