Why I Don’t Do a TV Show

RUSH: Geno in Houston. Next you are. Welcome to the EIB Network. Hi.

RUSH: Great to hear from you, Geno. How are you?

CALLER: Good. I am now one of your so-called staunch Trump supporters. 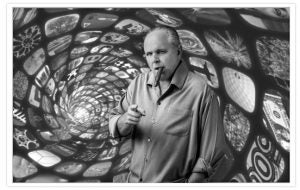 CALLER: And I tell you why quickly. Number one, every time they beat, kick, and slur my president, I become more entrenched. You know, the man. He is a common-man president. He is not a swamp dweller. That’s my comment, now I have a question.

CALLER: And this I give you with my heart. Why don’t you go on Fox News for a half hour, a half-hour show, and if it does well, obviously you would go on for an hour show. You know, you would rate higher than all the pundits combined. It just makes me go crazy when I listen to you and I listen to all of the crazy pundits out there, and I don’t ever understand why you don’t do that. You know, you could do a half hour show and still be on EIB.

RUSH: Yeah. Look, I’ve answered this in a number of different ways before, but I owe you one, but I gotta take a break here because have no time. Be patient.

RUSH: Now television. I don’t know how many times — folks, it’s intriguing. I will admit to you, it’s intriguing. Mr. Snerdley, you’ve heard me explain this enough. Your answer will help me answer this. You’ve heard as much as I’ve ever said about thoughts on TV. What, in your memory — there’s no wrong answer here — what do you think the number one reason that I don’t do television is? Okay. The last thing you said, you got it. Mr. Snerdley said the lack of spontaneity and endless meetings.

Here’s the answer, folks. To do television, you have to collaborate. You can’t do a TV show the way I do this. I don’t have a single meeting. I don’t consult anybody. I don’t tell anybody what I’m gonna talk about. I often don’t know until the show starts, and I never, ever lay out the order in which I’m gonna get to things. I organize things in stacks here, but I don’t put them in order. The whole thing is improv, and it simply isn’t possible on TV. And I learned this when I did a TV show for four years.

That was a 22-minute show, and every show required two meetings a day that added up to three times as long as the show was. Many of the meetings were looking at audio clips and saying, “Yes, yes, no, no.” You can’t do a TV show alone. You have to have camera people, they have to know where they’re going. You have to have people in the booth who know what sound bite you’re gonna use or video clip. That all has to be prearranged before you do it. There’s a stage manager, there’s a floor manager, there’s a lighting director, there’s a makeup person, there’s all these things.

But the main thing, I don’t collaborate. I don’t even like to collaborate. You know, sitting down and telling people and planning a program, I’m not capable of it. (interruption) Live improv TV? There wouldn’t be any video sound bites then ’cause that stuff all has to be planned. You have to make sure you’ve got it. It has to be timed out. They have to put it in the machine in the order you’re gonna use it. You’ve just killed improv right there.

TV is not made to do a show like this on TV. So you have to accommodate the way TV does things, and that includes collaborating. Let’s go nightly. Let’s say I had a 6 p.m. show, not picking a specific part of day, but something after this program. Before this program started, I’d have to have a phone call with somebody at the TV network and say, “This is what I’m interested in.” But I wouldn’t know for sure ’cause the day’s not halfway done. So that meeting would ultimately be useless because there’s gonna be things happening after that meeting that I’m gonna want to put in there.

So then after the show there’d have to be another meeting before I go to the TV studio to review what happened in the first meeting and then add things that might be taken out from the first meeting. And by that time I’m feeling so hemmed in and so narrowly existent that I don’t have any room to go outside those boundaries ’cause nobody can follow me.

With radio, it’s so much different. Today I’ve got 25 sound bites. They’re not in any order. They’re just there. As I go through the program, and I sometimes tell the broadcast engineer two seconds before I want it. Not possible in TV. It’s not possible to have 25 video sound bites and to be able to call one up as you want it and have it happen. No, it will take a couple of minutes while I’m twiddling my thumbs waiting for it and then the spontaneity is gone.

There’s also — well, my hearing, but since I don’t do guests, that wouldn’t be a problem. But I couldn’t wear an IFB, which means the people in the booth couldn’t talk to me, which would be a benefit. (laughing) The fact that I can’t hear would be a net positive excuse not to listen to anybody. And I have a firm belief, folks, I think there’s certain people, ’cause TV is all visual, I can tell you the four years I did TV the number of times people told me they remembered something I said could count on one hand. And the number of times they commented on my tie or a video clip or whatever were legion.

It’s a visual medium and you have to look the part. And, you know, monologues on TV, I don’t know if they work. It’s all possible. TV is evolving. All kinds of things are possible now. But I don’t do writers. Do you ever watch the credit roll of, say, Real Time with Bill Maher or 30-minute comedy show on Comedy, look at the credits rolled for the writers. I don’t have any. There aren’t any. There are research assistants who plug in facts and figures now and then, but there’s nobody writing down what is said on this program, including me.

And then there is the time factor and — I don’t know. But I never totally rule it out. Let’s just leave it at that. (interruption) Once a year, yeah, but that wouldn’t amount to much. You know, maybe once a week. Somebody said, “You need to do once a week.” I said, “Once a week they put you on weekend, nobody sees it.” I might do once a week if it’s a weeknight. “Then they’d have to broom somebody.” So give somebody a four-day week and put me in there one day. You know, just one night a week, one night a week.

You know, I was watching a particular show the other night, the first time I had cable TV on in a while, and I was thinking, “You know, I’d love to be on this show at the end every segment giving my opinion on what just happened.” The segment ends the host says, “Okay, let’s go to Rush and find out what just happened on this show.” And then I would do five or six, or two or three minutes, maybe four, on whoever said what that was stupid and correct ’em. And then the host takes the show back and does the next segment. After that segment they throw it to me and I comment on what I just heard, host and guest, and then do that maybe four appearances an hour, on an hour show.

And I could do that from the couch. They could put a camera in my house, be sitting there on the couch like a viewer watching at home and reacting like everybody else watching the show, what I thought of it. You’d really need a host with a strong ego and a backbone to put up with something like that.

RUSH: Here’s Nate in Lynchburg, Virginia. Hey, Nate, how are you doing?

CALLER: Hey, Rush how you doing?

CALLER: I was wondering, when you listen to all these callers, do you ever zone out? Do you ever have a moment, like a brain fart or whatever, that you just sort of zone out and you kind of miss the whatever? I’m just wondering this because I listen to you every day and I love your show, but it’s like as I’m driving around and listening to you, I always wonder, I wonder if that guy ever has a moment where he just loses it altogether. For me, it’s practically impossible for as long as you’ve been on, to be so good with what you do. Do you ever just show up to work and you hate your job?

RUSH: Oh, oh, oh, that never happens. No, no, no, there’s not a day I wake up and wish I didn’t have to go in. Not a day. It’s usually just the exact opposite. I’m like everybody else; I hate waking up. But once that process is over, I’m jazzed. I’m ready to go. But, yeah, I lose my train of thought now and then. I’ve just become highly expert at covering it. I’m very lucky. I can go to commercial break, I can make an excuse for a technical problem. It happens.

Well, the way it usually happens, I’ll be talking to you and something you’ll say will remind me of something I want to say later on in the conversation. The conversation goes on, and I will forget what it was I wanted to say. So I’ll keep talking with you, trying to remember what it was. Sometimes I remember; sometimes I don’t. But I’ll either acknowledge it or not mention it, in which case nobody would know. Doesn’t happen much but, yeah, it happens.

I’m really flattered by your comments, though. That’s what I call a Bill Belichick question. You can tell when Belichick gets a question he likes, ’cause he’ll actually answer it, versus most of them where he thinks they’re stupid. He says, “We’re on to Cincinnati. We’re on to Cincinnati.” Or whoever the next opponent is. Nate, thank you very much.