Meteorologist: Rush Is Right on Hurricanes

RUSH: Chuck in Portland. It’s great to have you, sir. How are you doing?

CALLER: Hey, Rush. Glad to be on your show this morning.

RUSH: Great to have you here. I appreciate your call. 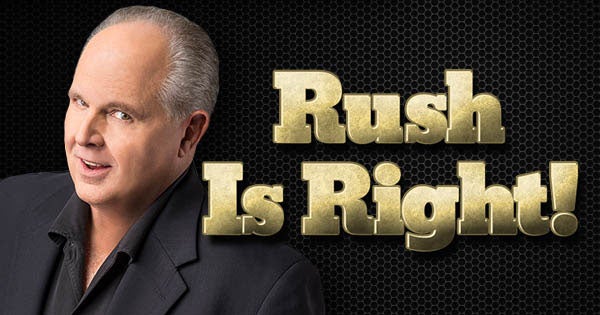 These people in Hollywood are absolutely bonkers. They’re nuts. They don’t know what they’re talking about. Even the ones in academia are giving half-truths about how these hurricanes really behave and hyping climate change because that’s where the universities make their money off this.

Michael Mann is one of them, the way he talked about Harvey. But think of a hurricane, Rush — and you’ve talked about it on your show. You talk about, “Oh, the warm ocean water. It needs fuel. That’s the fuel that gets these storms going.” But there are several other components to this, Rush, and needing fuel or the warm water is only one. Think of a hurricane as a car engine, to put it in simpler terms. The car needs fuel to run.

But it also needs cylinders, a radiator, and an engine size which you could think of as the dynamic stability of the storm. In other words, developing thunderstorms that occur and then the destruction of those storms and redevelopment as the storm moves along. If any one of those components doesn’t operate correctly, the storm cannot rev up to Cat 5 no matter how warm the water gets, and you could think of the transmission as being the wind shear associated with these storms.

RUSH: Oh, now, I was gonna mention wind shear, too, because there’s another hurricane out there. This is Hurricane Jose.

RUSH: Hurricane Jose, if you look at the computer models, Hurricane Jose just doing circles, and the model are not sure where it’s gonna end up. So I read today that interests along the Northeastern coast should be especially prepared. “Make sure you have waters and batteries and…” Come on! The thing is hundreds of miles away and there’s not a single model now that has it hitting any land. 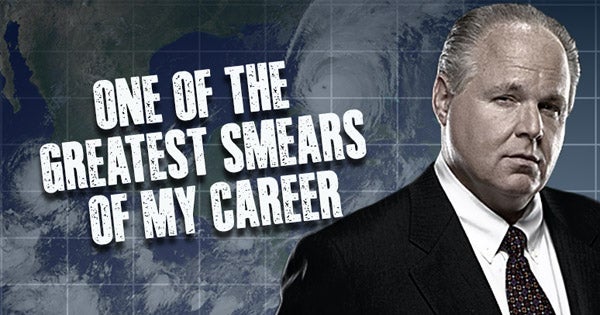 RUSH: The shear is what I wanted to talk to you about ’cause people are asking me, “How come Irma was what it was and this Jose thing — it’s in the same place — why is it not going where Irma did?” I said, “Shear is ripping the tops off of this hurricane.” Would you explain to people what that means?

CALLER: Well, the wind shear is the change of wind with height as you go up in the atmosphere. These hurricanes need very little wind, and if you get too much wind at high levels, the storm tops cannot develop to the altitude that they do to get the Cat 5 going. In other words, the cylinders aren’t firing right. The radiator has a leak.

CALLER: Yeah, it doesn’t matter whether there’s enough warm water or not. If the rest of the components don’t all come together, you’re not gonna rev that thing up to Cat 5. And let me tell you something else about these hurricanes, Rush. When they develop way out in the central Atlantic like Irma did and rev themselves up to Cat 5, the dynamic stability tends to have a life to it. These are heat engines, and they tend to become disorganized the longer you go through time. The most deadly storms that we experience here in the mainland are ones that actually form closer in, and the most deadly on record — which people don’t really talk about today — is 50-some years ago, Hurricane Camille in 1969, in August ’69.

RUSH: It was, yeah. It was deadly. Look, I’m running out of time. I appreciate the call. See, being substantiated here by a lifelong, career meteorologist. That counts for much more than Paul Krugman or Matt Lauer or Stevie Wonder. But there is a hurricane out in the Atlantic. It’s being ripped to shreds by shear. The shear over Irma was practically nonexistent. And they can’t tell you why, and they can’t move it. It’s just the way the atmosphere is affecting this particular hurricane.