The Democrats, Media and their Antifa Pit Bulls Are the Real Threat to America

RUSH: This from The Daily Caller. This is Chatsworth Osborne Jr.’s website that he has now taken a leave from since he’s doing his Fox show. “Nearly half of the country believes the news media poses an equal or greater threat to the nation as white supremacists, according to a new Fox News poll out Wednesday. The poll found that 47 percent of registered voters think white supremacists are a greater threat, 40 percent think the news media is, and nine percent believe both are equal threats.”

They are not growing. They are not attracting new members. They did not elect Donald Trump. They are not Donald Trump’s base. They’re not the Republican Party’s base. There is no Alt-Right. It’s all made up. For a Fox poll to suggest that nearly half the country thinks that white supremacists are doing more damage than the media? This is a testament to how the media can create fake news and then expand it and balloon it and blow it up way beyond proportion.

The point is that the white supremacists and the Nazis and the KKK don’t have any power. They don’t have a single thing that they can do. Not true of these madmen on the left because they are the militarized wing of the American left, which is the Democrat Party and the media. And they are intimidating people, and they are bullying people. These people, Antifa, they’re college professors. They’re professors’ assistants. They’ve got like-minded people running the media, running various aspects of it.

So it’s silly. So you look at this on one hand, “Wow, nation split over whether media or white supremacists doing more damage.” The white supremacists, there’s not enough of them to do any damage. And certainly not any electoral damage.

From TheHill.com. “Trump’s Growing Economy Faces Fall Obstacles.” So now here the media are back to their fearmongering about a government shutdown and a debt ceiling crisis going back to their playbook. This is a reaction to Trump’s speech on taxes, tax reform in Springfield.

“President Trump on Wednesday touted the U.S. economy’s 3 percent growth in the second quarter and boasted that the best is yet to come. In a speech meant to sell his tax-reform plan, Trump said the latest statistics highlight how he’s fulfilling his promise to strengthen the U.S. economy.”

“Whether the economy continues to grow may depend on how Trump and Congress navigate a series of thorny political issues in the next month that include measures to prevent a government shutdown and raise the nation’s borrowing limit.”

Well, you know where I come down. Borrowing limit needs to not be expanded, and who cares if there’s a shutdown. But that’s just me. But the bottom line is, Trump’s growing economy. They can’t deny it. The Washington Post tried to put the 3% economic growth on page A-18. TheHill.com is dealing with it here, and they admit that Trump’s economy is growing, but it faces obstacles.

Do you think poor Obama’s piddling little economic recovery ever was said to face obstacles? No. Obama’s tiddlywink little recovery was portrayed as one of the strongest, one of the greatest postwar recoveries ever. And I don’t think they ever characterized Obama as boasting about it, no, because he was so smart, and he was so humble. Just a wonderful guy.

This next story, I saw this and it ticked me off, and it probably will you too. It’s from Breitbart. “A spokeswoman for Speaker of the House Paul Ryan condemned the radical left-wing protest group Antifa on Thursday evening, describing them as ‘left-wing thugs.’ In a statement provided to The Daily Caller, Ryan’s spokeswoman AshLee Strong said: ‘Speaker Ryan believes, as is obvious, these individuals are left-wing thugs, and those who are committing violence need to be arrested and prosecuted. Antifa is a scourge on our country.'”

Okay, fine. Well, where was this last week in Charlottesville? The group hasn’t changed between now and then. But Speaker Ryan was just one of a number of Republicans that wouldn’t go anywhere near condemning Antifa. Instead, they had to condemn Trump for not properly praising Antifa by claiming that Antifa had violence on its side, by claiming that Antifa shared in the blame. Really raked Trump over the coals.

And we now find out the media was totally changing, lying about what Trump had said. And the thing that bothers me about this, the Republicans are well versed in how the media does this. The media lies and has been lying about Republicans for as long as Paul Ryan’s been old enough to remember. He knows of their lies about his own plans as speaker. He knows how they lied about George W. Bush. He knows how they lied about Mitt Romney not paying his taxes, because he was his running mate.

He knows all that and yet when the media comes out and starts condemning Trump for not specifically criticizing only one side of the protest group, where is the doubt? Where is the experience? Where are Republicans saying, “Slow down here.” Where are the Republicans, “Wait a minute. Did Trump really say that? We know the media makes it up. We know the media lies.” Why the automatic, slavish belief and then piling on with the media. 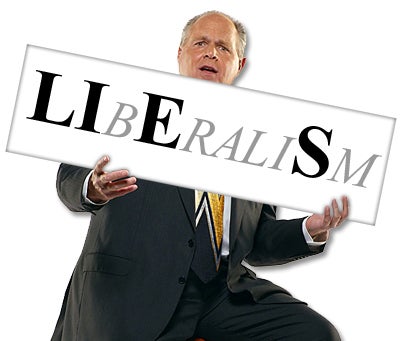 And then you learn a week later that the media was correcting themselves in the New York Times, making it up, and a week later you have to go out as a Republican, “You know what? I was wrong. They’re thugs. They’re bad people.” Why couldn’t you say that at the time? ‘Cause everybody knew it. You know, Nancy Pelosi too. Pelosi said the same thing through a spokeswoman.

So Pelosi and Paul Ryan have now admitted that Trump’s post-Charlottesville comments were accurate. That’s what this really means. A spokeswoman for Speaker of the House Ryan condemned the radical left-wing protest group Antifa. That’s what Trump did about a week and a half, two weeks ago, they were all over Trump. He’s insensitive, it’s embarrassing, and he doesn’t speak for me and this is boorish. Now they’re admitting that Trump was right.

After a certain passage of time, reality sets in, Antifa goes on to prove it’s a bunch of lawless thugs at other protests like in Berkeley. They just couldn’t help themselves. I mean, Antifa shows up when there wasn’t any opposition and started beating heads, lighting firecrackers and doing general mayhem. The Democrat Party’s got no control over ’em. And why do you think Pelosi’s speaking out? Pelosi’s speaking out, I told you yesterday, there are a slew of Democrats that are actually worried about this.

And the Democrat Party did this. And the media did this. And their professors did this, because this is the kind of garbage that’s been taught. This is the kind of political language that they have heard and they have believed it. They believe Republicans want to starve their kids. They believe the Republicans want to kill people, because that’s what the Democrats and the media have been saying.

So now these kids are grown up, they’ve become these anarchists, Antifa, whatever they are. Many of them are bought and paid for just looking for action. And they believe it, and the Democrats now are get a little worried ’cause the kids are going a little overboard. And the reason the Democrats are getting worried is because this kind of stuff — you know, the media loves it.

The media loves Antifa. The media loves it when Antifa starts destroying things, particularly if the Klan’s involved or if the white supremacists, the Nazis, the media loves it. And the media makes heroes out of ’em, as they did when Trump supposedly unfairly criticized them. And here comes this Gary Cohn guy, Trump’s economics adviser, and calls Antifa “citizens who are simply trying to seek equality and fairness.” BS! That’s not at all what they are! Cohn owes Trump an apology. So does Tillerson, if you ask me.

Anyway, now these people are out of control, and the media is not helping ’cause the media’s romanticizing these people. The media’s treating them as the descends of the great raconteurs and protesters of the sixties. And whenever they do damage, whenever there’s fire, the media loves it, it’s great TV, it’s great pictures, and they get to show people that have problems with America, that’s great. Just like they get to publicize Kaepernick because he says America’s got problems, the media loves that.

And so you’ve got Pelosi, she’s coming out, and Ryan then got on board. In a sense, you know a good analogy, Antifa for the Democrats is like buying four pit bulls to protect your house and then they end up thinking you are the enemy, and they attack. That’s what is going on. The Democrats are losing control of these people. And, by the way, George Soros, who is funding a lot of this Occupy Wall Street, Antifa, he loves it. The more mayhem and chaos, the more damage to America, the better.

But the problem is, the American people are noticing and they’re associating all this with the Democrat Party. It’s not helpful. Because this is not a nation filled with a majority of people who see this country as these Antifa clowns do. This nation is not populated by people who hate it. The media makes us think that there’s a hell of a lot of people in this country that hate it. And there aren’t. They’re amplified, they’re romanticized. It’s causing a backlash.

But, boy, she caught hell inside the Commonwealth Club. I mean, that’s San Francisco elites. If they’re not at the Commonwealth Club they’re at Jack’s having a grilled cheese and a brewski. And if they’re not there, then they’re wishing Ernie’s was still open and whatever. They’re these super, super elite. They’re getting more and more radical, and they couldn’t believe what DiFi was saying. There’s a crackup happening out there. You just don’t know it because the media is not publicizing it.