Paul Anka Says No to Man-Made Disaster of Liberalism

RUSH: I saw something in the New York Post today, Mr. Snerdley, one of your favorite papers. It’s on Page Six. This boggles my mind. Well, actually it doesn’t. It doesn’t. Paul Anka, 76 years old, who wrote the song My Way, that Frank Sinatra song. Frank Sinatra sang it, everybody thinks Sinatra wrote it, but Paul Anka did.

Paul Anka lives somewhere in I think Carmel, Northern California. And I only know that because I was in Reno and he was playing a date that night, and they told me, “Yeah, he flies back home every night.” He’s got a two week gig here and he flies back home from Reno every night. He’s got his jet and he goes back. He doesn’t stay in Reno for two weeks or Vegas, wherever.

Anyway, he was booked. There’s a big charity here in Palm Beach — I forget the name of it — but it’s one of the two, five big deals in the season here. And they had their event scheduled for early December at Mar-a-Lago, and Paul Anka was the performer, and they gave him a $75,000 deposit. Have you heard about this? They gave him a $75,000 deposit.

Anyway, the organizers of the event where Anka was to perform have decided to pull out of Mar-a-Lago. “We can’t hold or charitable event after what Trump said about Charlottesville.” And just like a bunch of lemmings they pull out without really knowing what Trump said. They just fall in line behind the lying, stinking media.

Well, they had go to a different location. They went to The Breakers, but couldn’t get the same date so they had to move the date from early December to early January. They asked for Paul Anka to move and he said, “I can’t, I’m gonna be on a family vacation.” They said, “Can you send us the $75,000 back?” Paul Anka said (paraphrasing), “No, you sent me that money, that’s mine. It’s not my problem that you’re not gonna do the date on the original date. I agreed on the original date, you’re changing it, not me. I have a small business to run. I have employees. I have a payroll. Your $75,000 is gone, you’re not getting it back.”

They’re all in a tizzy. What do you think, should Paul Anka refund the 75 grand? He accepted, it was December 5th, I think. Maybe the second date is January 5th, but it’s an early December date that they canceled because they just can’t appear at Mar-a-Lago, because, ooh, what Trump said after Charlottesville. 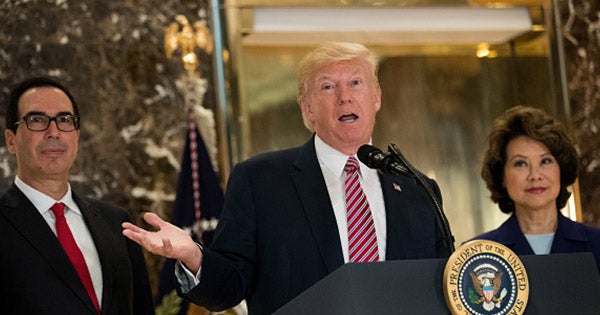 Now they’re probably gonna have egg on their face if they know this, if they know that they’ve been subject to lies. I don’t even know if they know yet that what they thought Trump said he never said, it was made up. And they’re not the only group to pull out of Mar-a-Lago.

A bunch of charitable events that take place here during the season have pulled out because of what the media said that Trump said that he didn’t say after Charlottesville. I’ll tell you what it is. The woman’s name is Lois Pope. She’s the widow of the founder of the National Enquirer. And because she’s a widow, that means, for you in Rio Linda, he has died. It’s her charity that Paul Anka will not refund the deposit, and all of this is so unnecessary.

This group didn’t need to leave Mar-a-Lago and none of the others that pulled out didn’t need to leave Mar-a-Lago. They left under false impressions. They’re just like a bunch of lemmings. It’s frustrating as hell. Trump didn’t say what they said he said. They lied about it. We documented one of the five different lies. The New York Times has had to issue five different corrections. It worries me, you know. I understand charities, they’re out there to raise money and they don’t want to be involved in controversy, but, for crying out loud, why don’t you find out for yourself, did the president really say — why do you so readily accept that the president said this stupid stuff?

At some point don’t you say, “That couldn’t happen. Trump wouldn’t have said.” I guess not. Fewer and fewer people, as I grow older, I encounter fewer and fewer people who are curious, who are suspicious, just blanketly, blindly accept this stuff, and as I say, it’s frustrating. We have been in a constant battle here, into our 30th year now to save people from the man-made disaster that is liberalism.