RUSH: “CNN Anchor: Trump Putting Journalists In Danger; ‘Declaration Of War On Media’ Has ‘Emboldened’ War Zones — CNN’s Clarissa Ward, a foreign correspondent, served as guest co-host on Wednesday’s broadcast of CNN’s News Day. Ward fretted that ‘people’ in war zones have been ’emboldened’ by President Trump’s ‘declaration of war on the media.’ Ward, expressing concern for members of the media in dangerous areas of the world, said to guest Chris Cillizza, ‘I can only imagine what a person like you is dealing with. At what point does this become reckless or irresponsible?’ It should be noted Chris Cillizza is a Washington-based political correspondent and commentator.”

And since he’s not a Republican, he’s not in any danger of being shot in Washington, D.C., or Arlington, Virginia, or the neighboring surrounding areas. But now these journalists literally think that Trump is inspiring war-torn areas in the world to start taking potshots at journalists, when it’s Republicans who are being fired upon.

RUSH: Well, look what we have here. Wolf Blitzer has weighed in on the fact that Trump is endangering the lives of journalists. Yesterday Trump had the president of the White House Correspondents Association, a guy named Jeff Mason on there. If I’m not mistaken, I think this guy Jeff Mason is from Reuters. Reuters is the bunch that does not allow the word “terrorism” or “terrorist” to be used in news stories about militant Islamists. Reuters hate Trump, they despise Trump. So here’s Wolf talking with Jeff Mason about Trump endangering our precious resource, native journalists. 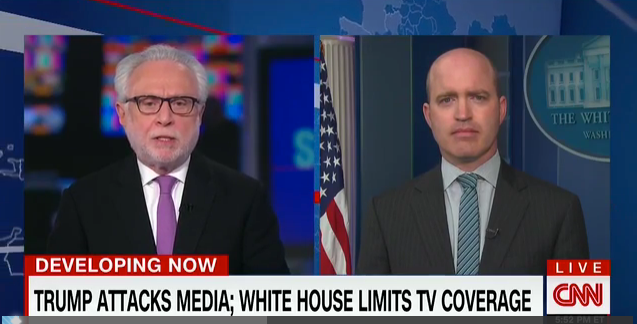 BLITZER: You’re the president of the White House Correspondents Association. Have you raised the concern that all of us in the news media have about the president calling all of us enemies of the American people? Because that is a very, very harsh statement and potentially very dangerous.

That’s what they’ve been trying to do with Trump here since after the election. They’re not reporting on anything here. They’re trying to make it up. They’re using fake news, fake sources, anonymous fake sources. There’s no question they’re trying to reenact Watergate here. They’re using the same verbiage. They keep looking for a Deep Throat. They’re talking about things that Watergate had happen, terms and terminology and so forth and drawing all these endless analogies and comparisons.

But yet let Trump fight back against ’em, as George W. Bush would never do, fight back against it. And you start calling out their professionalism, you question their intentions, you question their honesty, and he can’t do that, that is not permitted. They have constitutional freedom. They are mentioned in the First Amendment, and, as such, you cannot criticize them. That’s what they think it means. They are above and beyond criticism.

You can’t do exposes on them. You can’t do profiles of them. You can’t find out how many illegitimate kids they’ve had, how many rehab centers they’ve been to. You can’t find out about infidelity, you can’t do that any of that. That’s declaring war on the media, and that isn’t permitted. But they can turn around and do anything in the world they want to you. And when that happens, the media says, “He’s gonna get us shot. He’s calling us the enemy of the people.” You are the enemy of some people. You are trying to destroy the elected representatives of a lot of people.

And he’s talking about why less than 40% of the United States say they fully trust the media. Less than 40% trust the media. I don’t think it’s that high. I think it’s less than 20. And during the discussion — by the way, this is with Katie Couric. She’s the infobabe here. Katie Couric, of course, hangs around in places like Aspen ’cause she’s a former A-list celebrity, and Aspen is the place these people go with their ideas. They go there and just idea.

So she’s got this guy on, and she says, “Jeffrey, when the president constantly tweets that different newspapers are examples of fake news and accuses reporters of being fake news at White House briefings, what is your reaction?” 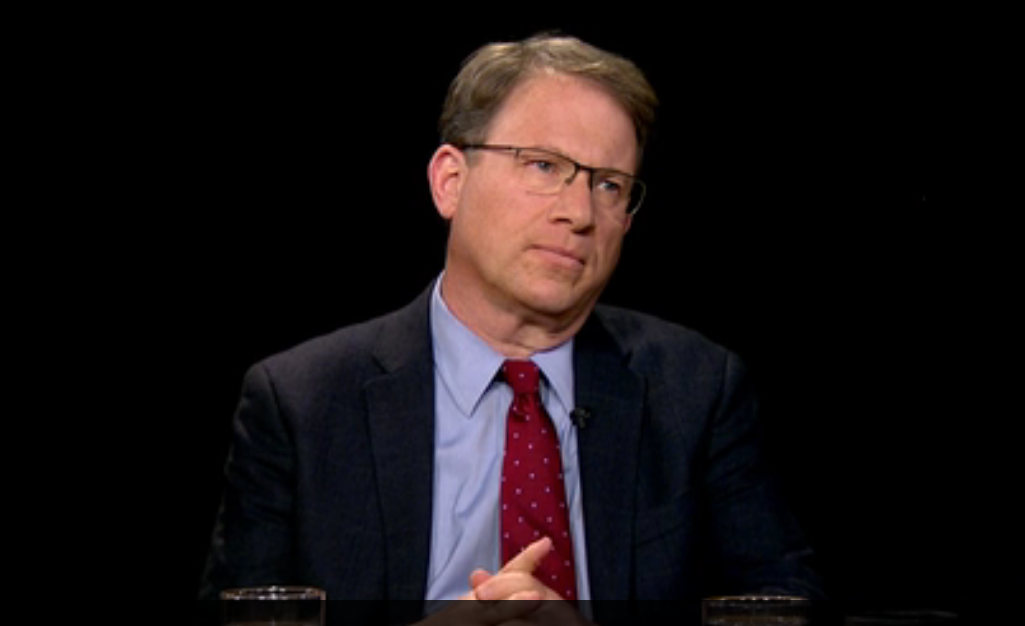 GOLDBERG: We’re all engaged in a reality TV show. That this is a reality TV version of a war between the president and the press. The problem is, and this is what I worry about more than anything else, is that there are people in the country who don’t understand that this is a cynical reality TV game and are going to hear over and over again from the president that the reporters, journalists, are enemies of the state. And someone, I mean God forbid, but someone is going to do something violent against journalists in a large way and then I know where the fault lies.

RUSH: Aw, isn’t this just delicious? Republicans are already getting shot at. Journalists aren’t. And yet this guy is setting the stage, he is certain, he is certain people are gonna start shooting at journalists, and he’s already ready to affix the blame. He knows where the fault lies. Once again an example of contempt for the American people. “I don’t know. A lot of people in this country don’t understand that this is a cynical reality TV game.” A reality TV game?

Is it only serious when some empty headed pseudointellectual like Barack Obama’s in the White House jabbering on and saying nothing but sounding brilliant while he’s doing it? Are those the days you long for, when somebody makes you think that he’s one of you is up there waxing eloquent, making no sense and destroying the foundations of our country?

That’s what you like? Somebody comes along and wants to stop the corrosion and the perversion and the corruption of our country and all of a sudden it just becomes a reality TV show, it’s not serious? This is why less than 20% respect the media.