We Told You Soccer Was Dangerous 25 Years Ago!

RUSH: Do you remember way, way back, we still during commercial breaks where people are on hold play the parodies of the group we started back in the early nineties called Keep Our Own Kids Safe, KOOKS, on the dangers of soccer. Well, guess who’s just discovered this and has turned this into a serious fundraising cause? Stephanopoulos’ wife.

Now, this is a classic illustration of being on the cutting edge of societal evolution. Yeah, soccer as a dangerous sport, soccer putting your kids at risk for concussion. We warned you about this 25 years ago. Stephanopoulos’ wife is just now yesterday getting to this. This is a classic illustration if you listen here, you are on the cutting edge.

RUSH: But just to show you what I mean when I tell you cutting edge societal evolution. Grab audio sound bite number 23. This is George Stephanopoulos’ wife. Ali Wentworth is her name. She was on the Explorer Channel last night. It’s a National Geographic Channel. She’s introducing the first story. She’s got a new show on that network, and her first show is leading with the concussion risk among soccer players. 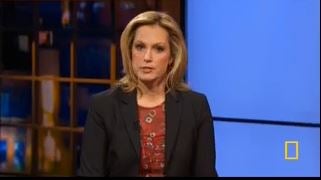 WENTWORTH: Tonight we start with the game of soccer. You play the sport with your feet, but headers account for around 20% of goals scored in a game. And when a player’s head slams against a ball, so do their 200 billion brain cells. This repeated contact along with player-to-player collisions can lead to long-term brain damage. Youth soccer is bigger than ever, but will this epidemic of concussions bring its popularity to an abrupt halt?

RUSH: That was just last night. Now, here’s the next bite, somebody named Ryan Duffy speaking with the forensic pathologist and the person who has linked football with chronic traumatic encephalopathy. That’s Dr. Bennet Omalu in Pittsburgh, and this is the guy who discovered CTE, which you can only diagnose in corpses. You cannot diagnosis it in a living human being. So players are now donating their brains to this guy, and he’s looking for CTE, the effects of concussions in football after playing. And Ryan Duffy of Wentworth’s show went and talked to this guy about his story.

DUFFY: Now Omalu is concerned that CTE could be showing up in a sport considered far less dangerous: soccer.

OMALU: Heading is an intentional exposure to a blow to the head. Look at the ball coming at you, at the velocity, it downloads energy to your head, and because your brain floats like a balloon inside your skull, what does your brain do? It begins to bump around and you suffer sub-concussive blows.

DUFFY: If heading the ball leads to brain damage, it could affect the 24 million Americans playing the game today. The over three million kids running around soccer fields across America may be taking risks their parents never suspected.

RUSH: Right. Then they go through a long report, and they talk to parents of children who died from CTE they got playing soccer and then Wentworth talks to her reporter. Here’s how that ended.

DUFFY: I did, yeah, I played soccer up until I was 18 and not good enough to play soccer anymore, but I tried. 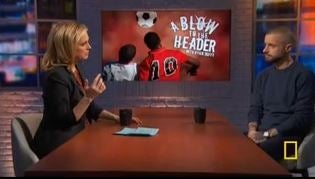 WENTWORTH: Does it scare you, though, looking back at when you played?

DUFFY: It didn’t seem like a big deal at the time. And now, in retrospect, of course, it’s unbelievably troubling.

WENTWORTH: If you had kids, would you let them play soccer?

DUFFY: Oh. It’s a tough question. I think my answer is still yes. It’s a different answer for football. But in soccer I think it’s still yes.

RUSH: All right. So they’re on to something here, right? Twenty-five years ago, however, you were first alerted to the dangers of soccer and your kids, and we even created a public interest group to do something about it. We produced many PSAs. It’s at least 25 years ago. Here is a sample.

JOHNNY DONOVAN: (caring music) And now a word from the Keep Our Own Kids Safe campaign about the danger of soccer.

LISA: I have played soccer since I was in kindergarten. I think that it has affected me. After soccer games I would feel lightheaded from hitting the soccer ball. I broke my leg playing a soccer game. Two years ago this time I was in physical therapy for eight months with a hip injury. All from soccer.

RUSH: We thank God, Lisa, that you are among the fortunate few who have learned in time. But think of the people who have not learned, who don’t know, who are being led down the primrose path. My friends, I think it’s time for serious, drastic action. It is time to ban soccer from television. That, obviously, is encouraging a lot of people to play. Don’t let any of the sponsors that sponsor soccer advertise on TV. Something must be done now. You heard her story.

RUSH: And one more. We had a whole series. I want to play one more PSA. I know I’m a little long, but I’m gonna take the risk with one more since we’re on topic. Hit it.

DONOVAN: And now a word from the national Keep Our Own Kids Safe campaign about the danger of soccer.

JANE: If they have a competitive player on the field that they can’t beat, they’re coached to hurt them and take them out of the game.

RUSH: At what age is that taught?

RUSH: That is an entirely different picture from what I have always thought soccer was. I thought soccer was a refuge from violence. I thought that’s one of the drawing cards of soccer, and that parents were sending their kids out there so they wouldn’t get involved in those kinds of activities on the field.

JANE: Well that’s exactly why we had our boys play soccer. This same son went to college on a soccer scholarship and he thought he would get away from this being attacked. In a tournament game he again won the ball, and the kid he won it from ran wide open at him, lunged at him with his knee up and got him in the groin and shattered a testicle. They left him lying on the side of the field during that game, and he went into shock.

RUSH: This is a genuine horror story that I am sure pains you to tell. I think it’s important to point out that the soccer moms obviously didn’t know, and don’t know. It’s not that they were irresponsible or are irresponsible like Jane, here. They were just uninformed. This is why our education campaign is so important.

RUSH: My friends, doesn’t that sound exactly like a public TV or NPR PSA or commercial? Twenty-five years ago, you talk about cutting edge.