RUSH: Ken Starr. Remember him? The sex fiend. Ken Starr, the sex pervert. Ken Starr, independent counsel who secretly worked for the tobacco companies and was trying to get your kids hooked on Joe Camel dolls so that your kids would go out there and start buying cigarettes and start getting cancer at age 16 or whatever.

GERGEN: The president’s lawyers must be going a little nuts this morning. You know, they clearly don’t have control over what he’s tweeting, and it has been long-standing practice that if you’re under investigation, you don’t attack publicly the investigators. It only stirs them up and it can invite overt retaliation underneath everything.

RUSH: Really. By the way, I’ve had people ask me, what does this tweet mean? When Trump tweeted that he’s under investigation for firing the FBI director by the man who told him to fire the FBI director, he’s referring to Rod Rosenstein, who’s the deputy attorney general, who signed and wrote a memo to Trump detailing Comey’s incompetence in the July 5th press conference detailing Hillary Clinton’s crimes, but then saying he wasn’t gonna charge her because he couldn’t find any intent.

Rosenstein wrote this huge, long memo saying Comey was way out of bounds, it was very improper, and you have grounds for firing him. So Trump is saying no, it was Rosenstein who went out and chose Mueller. So Rosenstein, who wrote a memo encouraging Trump to fire Comey, now hires an independent counsel to investigate Trump for firing Comey and who knows what else. That’s what the purpose of Trump’s tweet is. 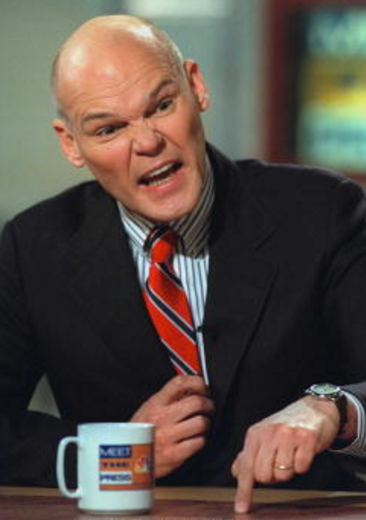 So Gergen just said, “You just don’t do this. You don’t attack the investigator. It’s been a long standing practice. You don’t attack publicly the investigator. It only stirs ’em up.” Now, he was there when James Carville, Begala, Lanny Davis, and everybody did it. I mean, it was a major operation, these people destroyed Ken Starr. Before it was all over, Ken Starr, who may still be a virgin, was actually a sex pervert. And he was canoodling with agents from Mars to get kids on tobacco, hooked on cigarettes!

It was brutal the way they were going after Starr. And there wasn’t anybody in the media telling them not to do it. They were applauding it. We have a little flashback, 1998. CNN even ran a special smearing Ken Starr. It was a two-hour hit piece on Ken Starr, and here is a promo announcement.

ANNOUNCER: (sinister music) Who is Ken Starr? The independent counsel has spent four years investigating the president. From Whitewater to White House scandal, can Starr prove his case? Investigating the investigator Thursday eight eastern on CNN.

RUSH: Investigating the investigator. CNN joined the Clintons in savaging Ken Starr and yet here’s David Gergen, “You don’t go after the investigator. I’m sure Trump’s lawyers are pulling their hair out today ’cause Trump’s tweeting. Oh, my God, this never done.” What do you mean it’s never done? Mr. Gergen, you worked for people who perfected the process of sliming investigators, sliming the lawyers, sliming special counsels. It isn’t done?

This is another reason why I say Trump would be perfectly within his rights if he wanted to fire Mueller or if he wanted to have Rosenstein go in and limit the scope. All of this would be perfectly constitutional. It would be political nuclear warfare if he did it, given the reaction. But what does he care? Obviously Trump knows that anything he does is gonna create that kind of reaction. Nothing new. Why not add to it?

You know why? Because it’s very logical to assume that if there was collusion, that there were payments. That maybe the Russians paid Manafort or Carter Page or Roger Stone for their assistance in running the campaign and that there would probably be money parked away in secret bank accounts like in the Cook Islands and in the Caymans and Swiss banks or whatever. None of this is known. 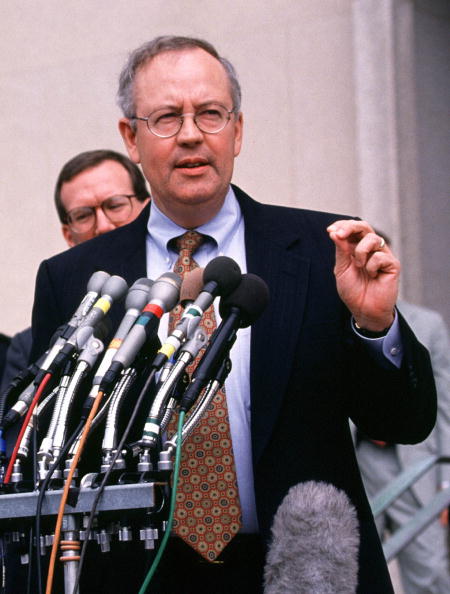 But by the time you publish that in the Washington Post and it ends up on CNN and elsewhere, people are gonna conclude, “Wow. There must have been money that changed hands, and that means the money is hidden. The Trump people were hiding money in the Caymans,” offshore I think is the key phrase to indicate illegality. And there’s no evidence of it.

But now look at what we’re constructing. “The Russians were so eager that they paid. There obviously was payments.” No. Obviously there wasn’t anything. You’re making it all up. “Yes, there were obvious payments, and now we’re gonna track down, we’re gonna subpoena people, gonna get their bank records, bank accounts, tax returns.” It’s a wild goose chase. Even now. And the leaks do not show anything other than that. Don’t doubt me.