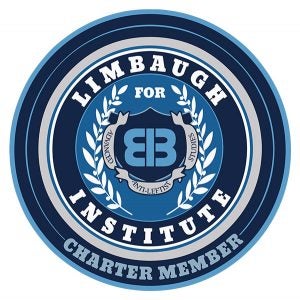 But it is now expanded to be targeted, so it’s anti-leftist studies. Because I figure, folks, after all these years, it’s not enough just to espouse conservatism and explain it, teach it, define it. There’s a missing component. It has to be presented simultaneously with anti-leftist studies as a contrast rather than as a stand-alone. So that’s all it is.

RUSH:  The circle car magnet is not for purchase in the EIB Store. It is a premium for new subscribers is what it is. So if you subscribe to RushLimbaugh.com and The Limbaugh Letter, the full boat package — or just Rush 24/7 — then that’s the gift that you get.