RUSH: See, don’t forget this, Mr. Snerdley. This is a very important point to remember. There are rank-and-file Democrats, but particularly their base, who have been led to believe that this did happen. The rabid lunatics that make up the base Democrat Party voters believe there is collusion, just like they believe there’s climate change caused by us. They believe Trump got together with Putin and rigged the election from Hillary. Their media and their politicians have led them to that belief.

They’re convinced. There’s no talking them down. They believe it happened. Democrats in Washington, the media? (scoffs) It’s incidental. What they need is the story, the continuation of the charge or the allegation, the ongoing investigation. That’s, to them, all they need. But they’ve created an absolute lunatic and insane, loaded-for-bear army out there. And if there isn’t any evidence of collusion, they’re gonna have problems of their own. So when I ask, “Are any Democrats starting to worry now that there isn’t any…?” They may not be worried for the sake of the investigation. 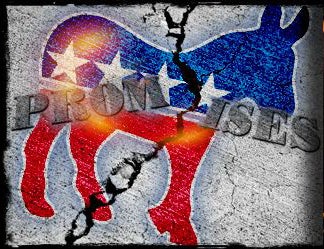 But I’ll bet you they are worried over what the impact is gonna be with this lunatic base fringe that’s gonna have to be talked down. “Sorry. There isn’t any evidence. There wasn’t any collusion. The only collusion was the Democrats rigging the primaries against Bernie Sanders.” No, no. That would tick ’em off too. So I think we have potential for huge backfire here on the media, on the Democrats, ’cause they’re not thinking this through. They’re the ones with this mindless twaddle. They’re the ones undermining the sanctity and the integrity of our electoral process.

“He told us tonight that he will not accept the out.” Look at who doesn’t accept the outcome. The guilty party here is on the left. They don’t have evidence of the primary thing they charge. They don’t have any evidence of the primary thing they claim lost them the election. But they’re creating millions and millions and millions of people out there who think it is. That’s a potentially explosive circumstance that they, the Democrats, might lose control of. 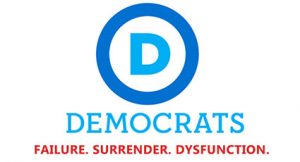 RUSH: Do you know the Democrats are out there focus-grouping and polling impeachment? Now, what does that tell you?

Three Democrat leaders are trying to slow all this impeachment talk down, and there’s a reason for that.