RUSH: Now, I want to move on. Yesterday on this program, many of you will recall that I got a good laugh out of Trump “trolling” the media and the Democrats. Why did I say Trump was trolling the Democrats? Do you recall, Mr. Snerdley? What was the reason I said this? (interruption) That’s right. He was meeting with the Soviet foreign minister. The day after he fires Comey and the Democrats and the media are obsessed with this investigation that the Russians are colluding with Trump, Trump fires Comey and has a meeting in the Oval Office with the Russian foreign minister. 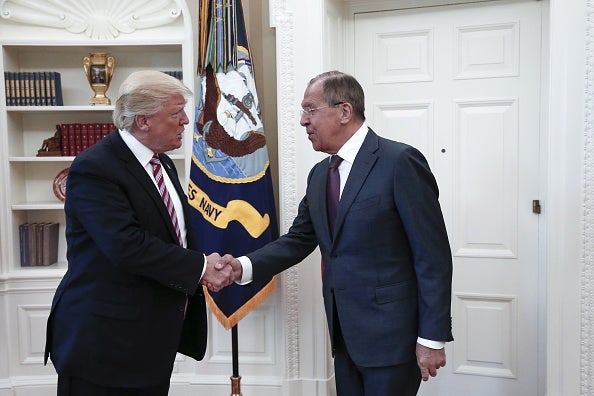 I said, “What a great troll.” (laughing) Then we find out, have you heard this, that somebody thinks the foreign minister planted a bugging device in the Oval Office! (laughing) Wait a minute. I thought Trump was colluding with the Russians. What’s wrong, then, if the Russian plants a listening device in the Oval Office? If Trump’s colluding with ’em, what’s anybody concerned about that for? But if the Russian foreign minister planted…? (laughing) Can you see this guy laughing? I don’t know if they accusing him of doing it or somebody in his entourage.

But if they found what they think is a bug, a listening device that the guy left in the Oval Office. (laughing) Which I don’t… How does that play with the fact that Trump and the Russians are colluding? Why would the Russians want to bug Trump? Why would they not already have Trump bugged? Why would they need to bug Trump if Trump is in collusion with them every day? Well, anyway, Mr. Snerdley was right. I said the trolling effect here was because, after the media’s going bonkers over Comey being fired ’cause he may be getting too close, what does Trump do? (laughing)

He brings them the Russian foreign minister the next day. Well, listen to how CNN and their little media analyst, Brian Stelter, get outraged over my saying, “This was an epic troll.” They’re very, very, very offended about this. CNN yesterday afternoon, the anchorette Brooke Baldwin, was speaking with Reliable Sources host Little Brian Stelter about Trump’s firing Comey and about how the next day the president met with people the Oval Office. The infobabe and little Brian have this little exchange… 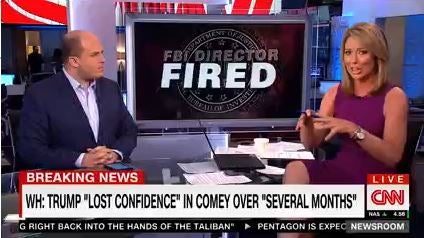 BALDWIN: A day later you have, you know, Kissinger, Nixon’s secretary of state at the White House along with the guy at the center of the probe, the ambassador to, uh, Russia (sic), who led to the firing of Flynn.

STELTER: Rush Limbaugh was on the radio today saying this was “an epic trolling” to have Kissinger in the Oval Office. It’s something that come straight out of fiction. It’s stranger than fiction.

“Ooh, look, it’s the Russian ambassador!” “No, it’s the foreign minister.” (stammers) “Oh! Then you mean it’s — it’s — it’s the ambassador to Russia?” “No. No. Our ‘ambassador to Russia’ is in Russia.” I don’t know; maybe CNN think they all look alike. Maybe all these Russians look alike. I don’t know. But somebody told Little Brian wrong. The troll was Trump had the Russians in there. (chuckling) I thought when I saw Kissinger in there later, I thought it might be a double troll whammy (laughing), ’cause they all think Kissinger… They revere Kissinger. I mean, he’s the only guy from the Nixon administration they have any respect for left, and they still do.