Are We Missing the Mother of All Scandals?

RUSH: So what’s actually bigger news in terms of how it affects the country and the people who live here? Aetna insurance quitting the Obamacare exchanges next year, or no evidence of Trump colluding with Russia? Does anybody…? Can anybody tell me what this collusion is alleged to be? Can anybody? Originally they said that the Russians hacked the election, so what was the hack? There is on-the-record testimony from election officials — both parties and President Obama — saying it’s impossible to affect the vote and the counting of the vote. Not possible. 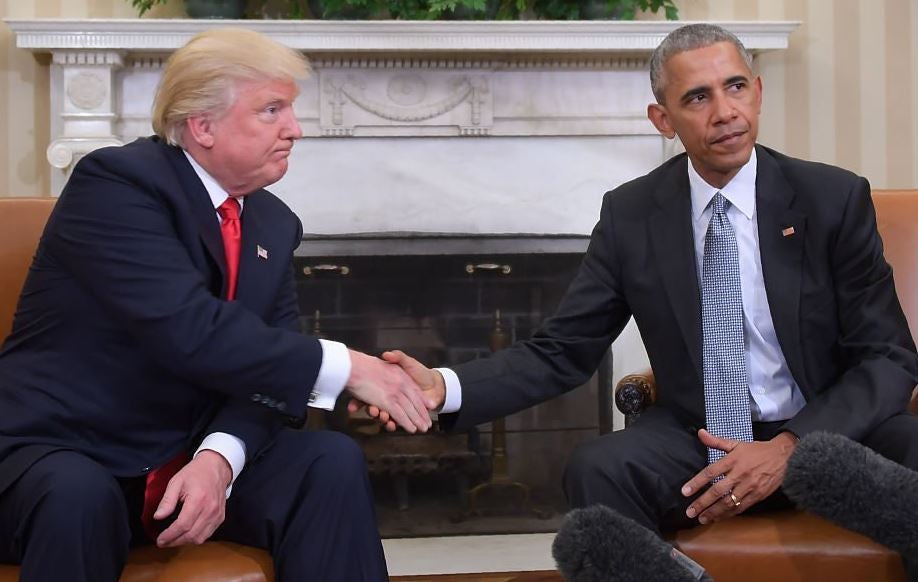 Obama on down: “It’s not possible. Can’t happen, didn’t happen; Russians didn’t try.” So what is the hack? Podesta’s emails? Well, that wasn’t a hack. That was a phishing attack that Podesta fell for. Had Podesta not been an idiot, his emails would have never ended up anywhere. What’s the collusion? Does anybody know? You ought to know. Since last July, the FBI’s been investigating Trump and the collusion with Russia. What is it? Have you ever heard anybody ever identify what the collusion is? Do you know? Does anybody know? Is there any place that I can go to find out what the Russians did?

RUSH: Are we missing the mother of all scandals here? And I don’t say this haphazardly. Who weaponized the FBI against Donald Trump? Who started all of this? That, ladies and gentlemen, would be Barack Obama. Just as he has weaponized every other federal agency, the IRS to the EPA. Isn’t a real scandal here that Obama sicced the FBI on his party’s political opponent, the Trump campaign, the minute Trump won the GOP nomination? Where is there any outrage? And why? Why was there an investigation ongoing of the Trump campaign?

Why did the president of the United States okay and maybe order an investigation of the Republican presidential nominee? Back in July. I’ve got the stories. I’ve got ’em here from the LA Times. I’ve got ’em from the AP. There is no question, ladies and gentlemen, this happened. I’ll give you just one example here. This is the LA Times: “Comey Says FBI Began Investigation into Russia Meddling in July.” Why? What “Russia meddling”? “FBI director James B. Comey told Congress the FBI launched its investigation into Russian meddling in the U.S. election nearly nine months ago.”

This is story is dated be back in March. “He said the FBI started investigating the matter in July and that its work was still in the early stages. He declined to say when the investigation might concluded. Comey refused to comment when asked by [a Democrat congressman from Connecticut] if the investigation had uncovered evidence of collision between Trump campaign associates and Russia.” We have a phony, fake, made-up dossier of fake events that did not happen, supposedly tying Trump to espionage in Russia, in Moscow. This is one of the most amazing hoaxes!

We don’t know an iota of what they have learned in this investigation of Russia, and they have a fallback, “Well, we never announce the details of investigation ’til we’re ready to take action on, until we’re ready to close it.” “Well, when do you plan to doing that?” “Well, I don’t know. As we sit here today, I can’t tell you when this investigation’s gonna end.” Wired.com: “Comey Confirms a Trump-Russia FBI Investigation Began Last July.” Comey said, “I’ve been authorized by the Department of Justice to confirm that the FBI as part of our counterintelligence mission…”

Do you know that from watching the media, or perhaps do you think that that’s precisely what it is? What do you think the average low-information voter thinks when watching or reading the news? “There’s a criminal investigation of Trump goin’ on! And, by God, they must be getting close. See that? Because Trump fired the guy doing the investigation. Oh, my God!” Except the Colbert audience — a bunch of blithering idiots — didn’t have the slightest idea what it really meant when they were told Trump fired Comey.

Because in September, because in October, and because even up to Election Day, they believed Hillary Clinton was going to win in a landslide they thought Donald Trump would be lucky to get 20 or 30% of the vote. They relied totally on the lies being told to them by their buds in the media. They relied totally on the mistakes being made by their polling units. They believed Hillary was gonna win this going away. They didn’t want any news out there the Russians had had a role in it. There wasn’t any talk that this election was gonna be anything other than legitimate. You want another bit of evidence? 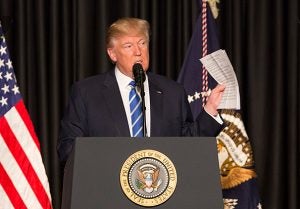 Remember during the last presidential debate when Chris Wallace asked Trump if he would accept the results of the election on Election Day, and Trump said, “I’m not gonna tell you that now. I don’t know what’s gonna happen between now and then.” Trump knew that there was an effort on to make him essentially concede the election that night and to pledge that, whatever happened, he wouldn’t fight it. Now, that tells me that if anybody’s arranging a phony outcome, it’s the Democrats, and they’re trying to secure a promise from Trump that he won’t challenge it.

But the bottom line is, the point of this is, remember what happened when Trump said he would not — three weeks before the election — accept the results? Hillary and the Democrats ran around and they were practically wringing their hands over the assault on our democracy that Trump’s comment represented. (impression) “Why, Donald Trump proved he’s not suitable to be president. He has just stated — in a presidential debate — that he will not accept the due outcome of a legitimate, democratic election!

“This is why Donald Trump represents a threat to our great democracy. Donald Trump said this democracy not good enough for him! If he doesn’t win, he’s not gonna accept the result.” Remember all that? It went on for three weeks. They used it as a campaign tool. They used it to try to convince people Trump was unsuitable and unfit. And they were casting about claiming that Trump had announced that he was already prepared to challenge the results of the election. And yet look what happened. Trump won; the Clintons lost. The Democrats lost.

They have been insane ever since nine p.m. on election night, and now look who it is who does not want to accept the outcome of the election. Now look who it is that is running and chasing a myth, running around chasing a lie that somehow the Russians stole the election from them. The entire month of October, all of November leading up to the election, not one reference to that. Because, remember, they thought they were gonna win and they didn’t want there to be any taint of this massive landslide, glass-ceiling-breaking election.

(new castrati impression) “Mr. Limbaugh, that’s very easy. You remember that massive email campaign that the media and France refused to be reported? It was the Russians! The Russians mounted another email assault on — on — on Macron just like they did on Hillary!” Oh, the Russians were behind the Hillary Clinton email scandal? Is that right? Russians made Hillary set up the server? The point is, folks, you can’t find the collusion. You can’t find the hack. Nobody knows what it is. It didn’t happen.

If there’s anybody, in addition to all the other literal crap that the media and the Democrats are responsible for, it is they — in this unending quest — who are undermining the sanctity and legitimacy of a presidential election. It’s the Democrat Party. And they’re willing to throw this country overboard to get control of it again. They are willing to wreck this country, wreak damage. Whatever it takes. They don’t care, as long as they get their power back. Everything they’ve accused Trump of being and doing, they are doing themselves, while Trump isn’t.